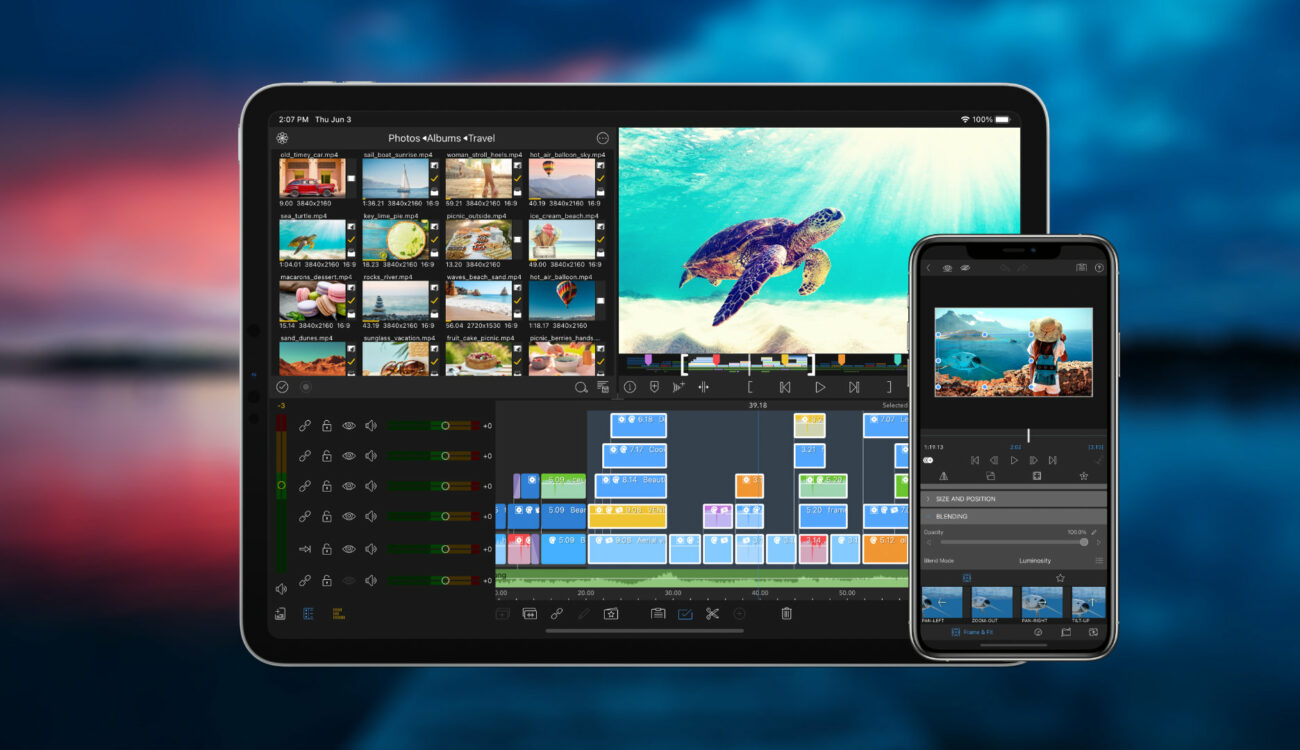 LumaTouch released a new update for LumaFusion, their video editing suite for iPhone and iPad. It includes a bunch of new audio features, a new stabilizer, and more.

The company specializes in mobile video post-production applications. Alongside to LumaFusion, they offer video effects for mobile with the LumaFX app.

The biggest update to the LumaFusion app is the inclusion of the Lock & Load Stabilizer. This plugin by CoreMelt was initially made for Final Cut Pro X but was adapted for LumaFusion 3.0. Now you can stabilize shots in LumaFusion with a lot of advanced options and a few stabilization templates.

For advanced audio editing, a new graphic equalizer was introduced. It features 11 bands and can be applied on any audio file in the timeline. It allows for reducing unwanted sounds and enhance voices or other audio.

With the 3.0 update, LumaTouch also brought back support for third-party audio effects. AUv3 plugins are an Apple standard of audio plugins used in mobile applications like GarageBand, but also desktop programs like Logic and Final Cut. These will be supported by LumaFusion and can be used without leaving the app.

The editing suite also supports external USB-C drives now, so you can edit files directly from the drive. You can also shoot video footage on a camera that supports external drives and then directly editing it on a mobile, quite convenient when you’re on the go and don’t want to bring a laptop.

The new numeric input allows to type in precise values for many controls in LumaFusion. Before you were limited to sliders, which on a touchscreen are often not accurate enough. Also quite interesting is the built-in calculator. That is a feature I find quite interesting because you often need math for positioning or scaling objects in your frame right.

The windows in the app are also resizable now, allowing you to enlarge a certain window. That’s useful when you e.g. have a lot of files and need a good overview of as many files as possible.

An external monitor can not only be used as a duplicate of the iPad screen now, but also as a full screen reference monitor. This enables you to preview your video edit on a big screen and show it to others.

The 3.0 update and its features are a free upgrade for existing Lumafusion 2 users, else it will cost you 29.99$ on the Apple App Store.

It’s quite fascinating to see mobile video production and post production evolving that fast. Mobile devices and their built-in cameras get better and better, enabling even more people to create high quality content. LumaTouch continues to evolve its apps and appeal to more and more content creators who want to edit on the go.

You can find more detailed update info on LumaFusion’s website or in their update video:

Do you edit on your smartphone or tablet? How do you think mobile video production and editing could change our industry?

Fitbit Sense vs. Versa 3: Is it worth the extra money?