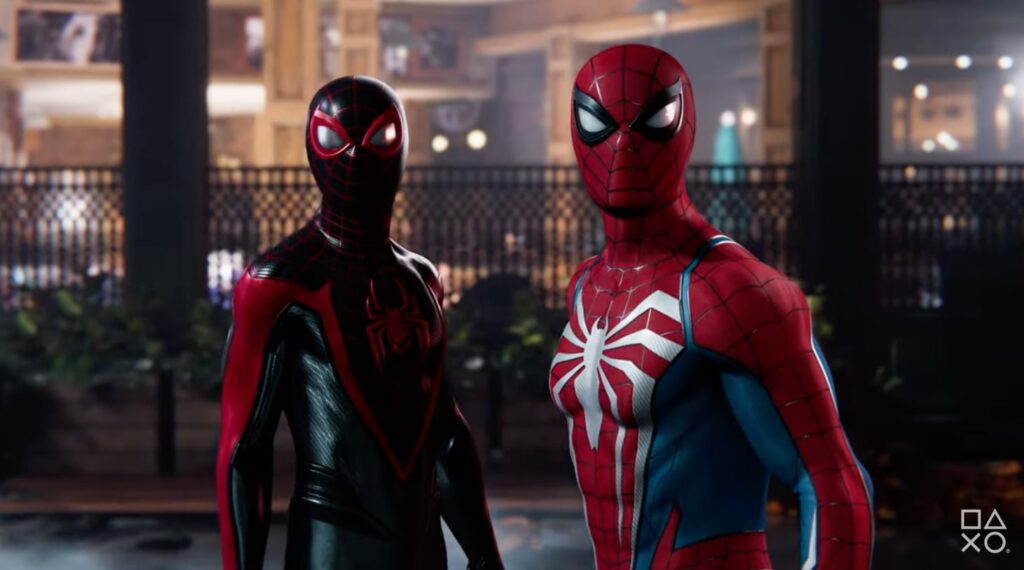 Sony has announced Marvel’s Spider-Man 2, the sequel to one of the biggest games of the PS4 era, will arrive on PS5 in 2023.

In a brief teaser trailer shown during the PlayStation Showcase 2021 live stream event on September 9, Sony confirmed Peter Parker and Miles Morales will both don the suit and team-up for the new game, while Venom will also be a featured character.

Once again, the game will be developed by Insomniac Games, with Sony refusing narrow the release window down from 2023 at this stage.

The trailer shows both Parker and Morales (who enjoyed a standalone 2020 PlayStation spin-off outing following the success of the Into The Spider-Verse animated film), teaming up to take on bad guys in New York.

A sinister and unknown voice pipes-up to announce he has been waiting for heroes who can give him a little bit of a challenge. “Yet all I have found is disappointment,” the voice says. “Will one of you finally give me what I desire?.”

That’s when we get a glimpse of Venom announcing “Yes, we will.” to bring the 74-second trailer to a close.

In a post on the PlayStation blog following the announcement, Insomniac’s Ryan Schneider wrote: “Today’s game footage trailer is merely just a glimpse at what’s in store in terms of the new abilities our heroes will acquire, suits they will wear (more on that some other time), and the villains that will try to hunt them down.

“And speaking of villains, did you catch that final line at the end of the trailer? We’re so happy to announce that Tony Todd (of Candyman fame) will be voicing the symbiote-fueled Venom in Marvel’s Spider-Man 2. We’re also delighted to welcome back Yuri Lowenthal and Nadji Jeter, who will reprise their roles as Peter and Miles respectively. We’ve been fortunate to work with so many incredibly talented actors in our Spider-Man games, and Tony has been such a wonderful addition to the cast.”

Elsewhere, Sony also revealed the trailer for Wolverine, a PlayStation-exclusive game also being made by Insomniac, but we don’t have a prospective release date just yet.