Meet The Best Smartphones For Students (By Categories)


In June, we saw many new smartphones. But not all of them would meet students’ needs. We hope the list of smartphones for students introduced below will be what you are looking for.

We start this category with the VIVO X60t Pro+. It should be among the best smartphones for students, undoubtedly.

The Vivo X60t Pro+ sports a 6.56-inch AMOLED display with a Full HD+ resolution, a pixel density of 398 PPI, and a refresh rate of up to 120Hz. Also, this display has a HDR10+ certification that guarantees dramatic video display. 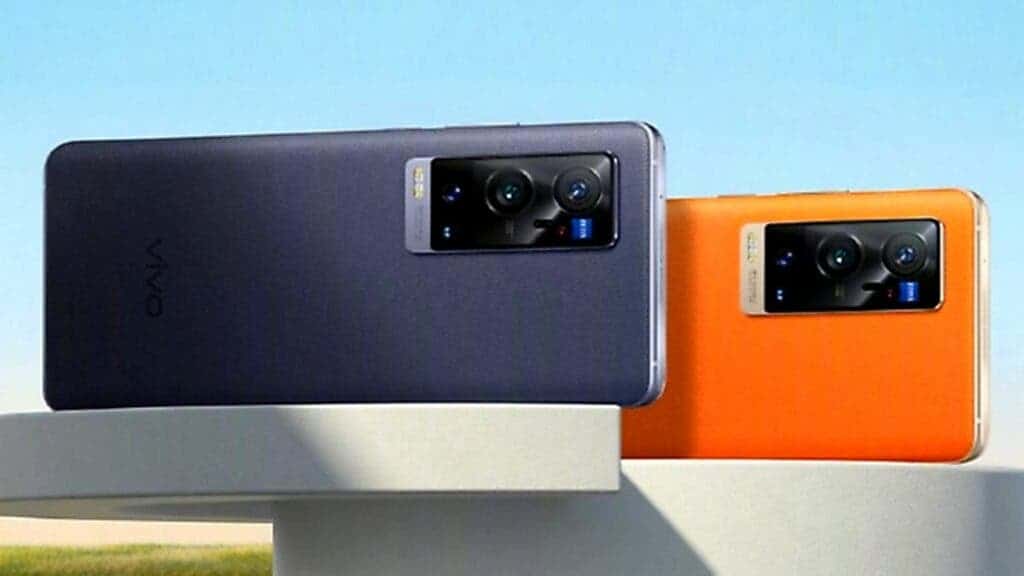 Of course, we are dealing with a smartphone that sports the Snapdragon 888 chip. There is also up to 12GB of LPDDR5 RAM and a hefty 256GB UFS 3.1 storage capacity. The phone has a 4,200mAh battery with 55W rapid charging support.

The selfie shooter has a 32MP resolution, while the back camera comes with a 50MP Samsung GN1 main camera (f/1.57 aperture), a 4MP Sony IMX598 ultrawide lens with micro-gimbal OIS, a 12MP telephoto lens, and an 8MP telephoto periscope lens.

The OPPO Reno6 Pro Plus comes with a Snapdragon 870 model chip. There is also a 6.55-inch hyperboloid flexible screen that supports a 90Hz refresh rate.

Moreover, on the back, the phone has a very powerful camera with a 50-megapixel IMX766 main sensor, a 16-megapixel ultra-wide-angle lens, a 13-megapixel telephoto lens, and a 2-megapixel macro lens. 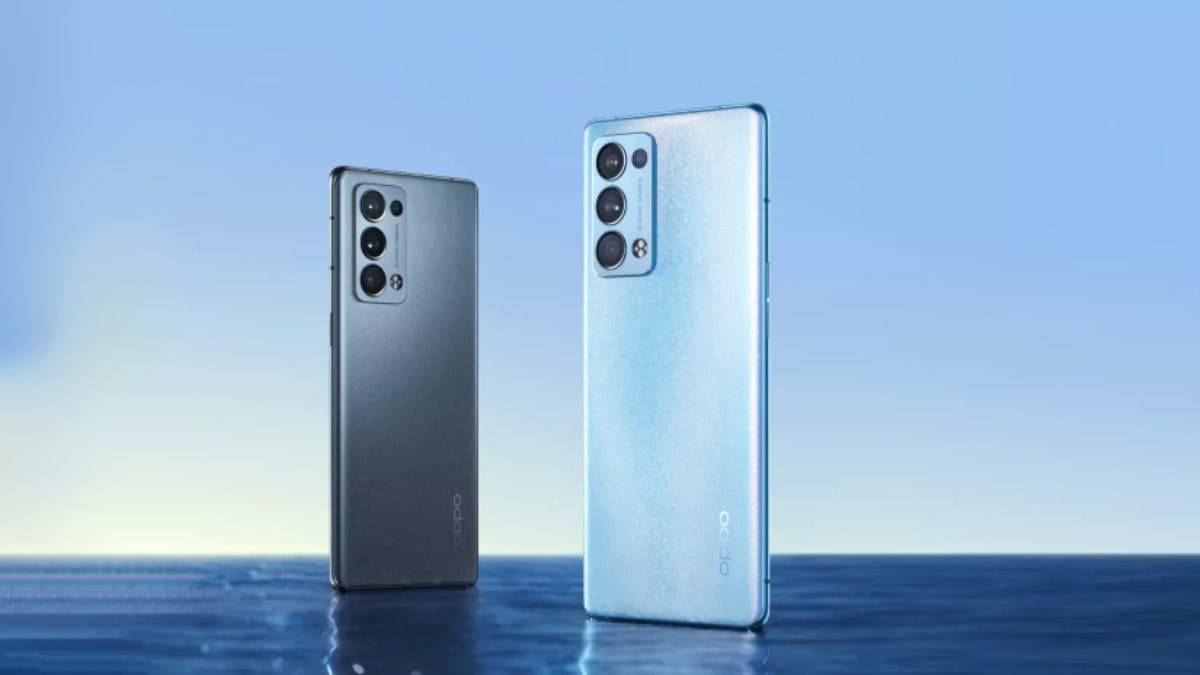 Under the hood, it hosts a MediaTek Dimensity 1200 SoC. It comes with up to 12 GB of RAM and 256 GB of internal storage. 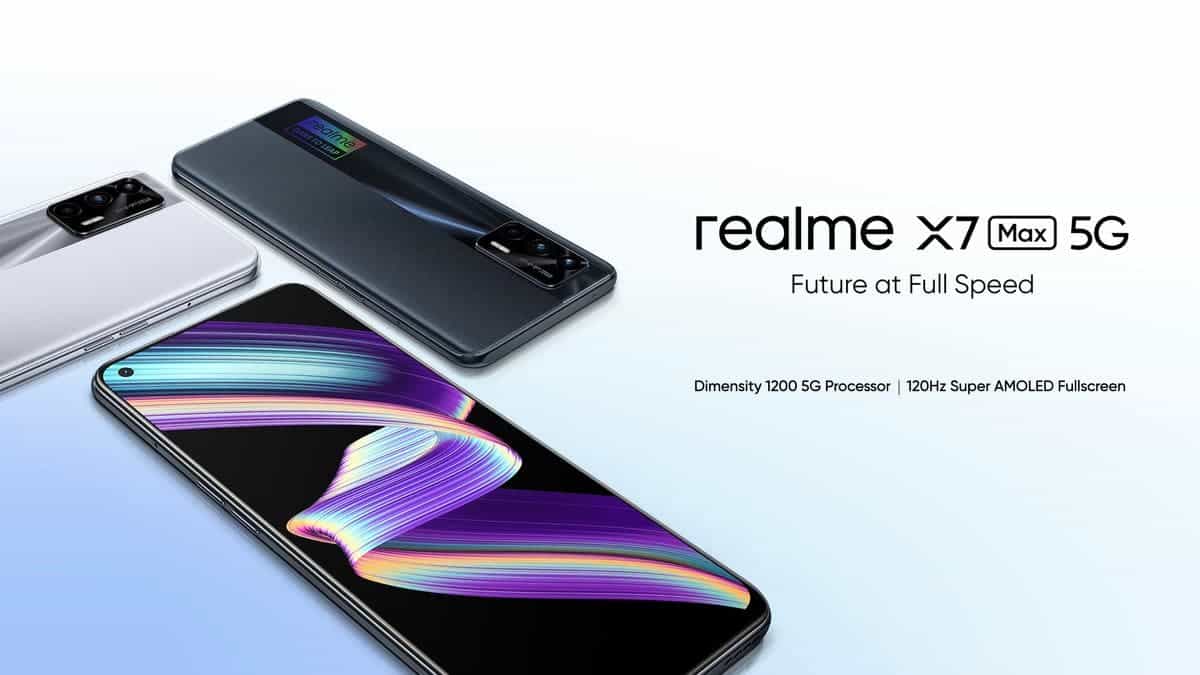 As for camera, the Realme X7 Max 5G has a 64MP Sony IMX682 primary camera with an 8MP ultra-wide lens and a 2MP macro camera sensor. The one on the front has a 16MP resolution.

The Honor 50 Pro is the world’s first smartphone coming with a Snapdragon 778G chip. But there are many interesting features that this series smartphones boast of.

The Honor 50 Pro sports a 6.72-inch AMOLED display with a FHD+ resolution. Also, we have a dual-seflie-camera of 32MP main and 12MP ultrawide sensors. 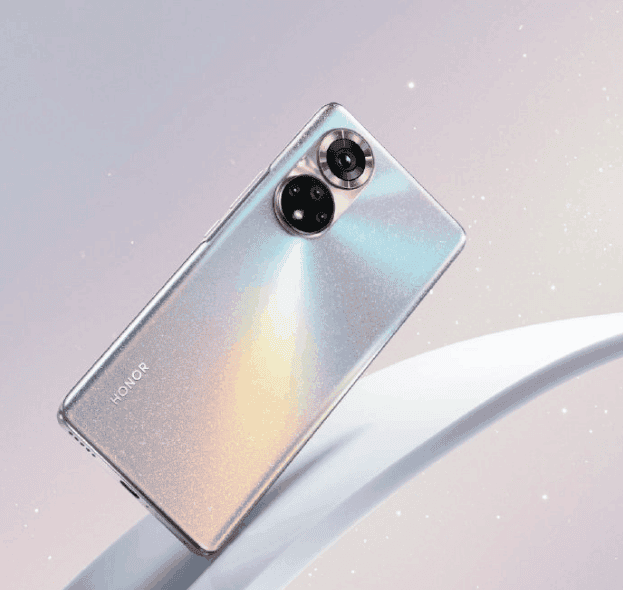 On the opposite side, the main camera includes a 108MP 1/1.52-inch sensor, an 8MP ultrawide snapper and two 2MP modules for macro shots and depth shots.

OnePlus’ flagship phone was launched long ago. So the company keeps pace by launching mid-range and low-end models. In this sense, the OnePlus Nord CE can be considered as a good smartphone for students. 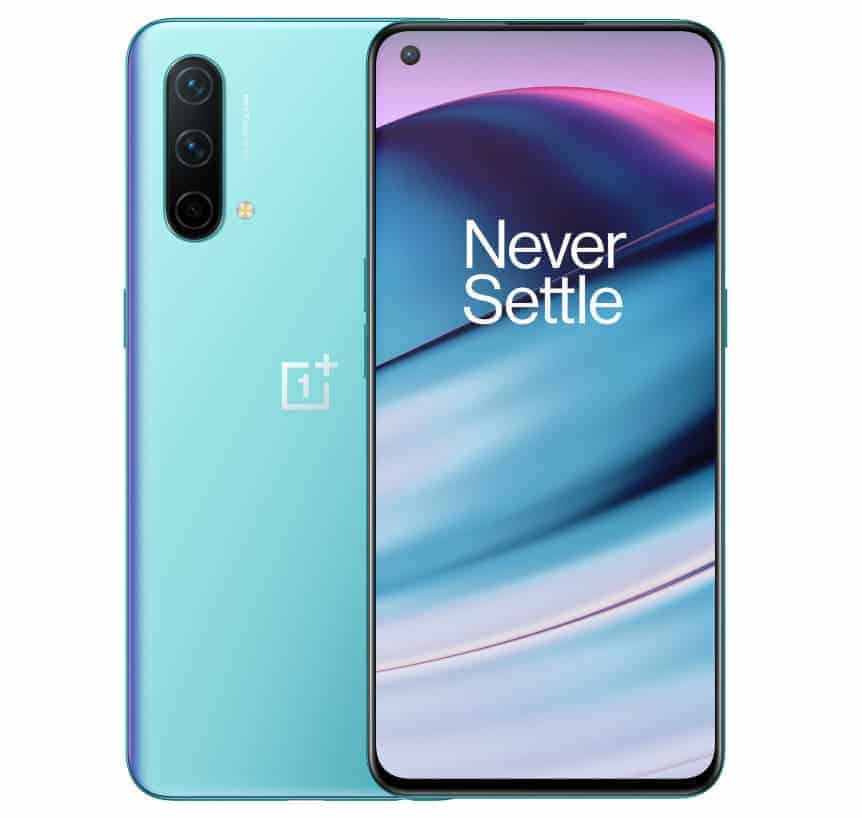 This smartphone comes with the Qualcomm Snapdragon 750G 5G processor and a 4,500mAh battery. This latter supports Warp Charge 30T Plus fast charging. So the phone can deliver from 0% to 70% in 30 minutes. In addition to the Snapdragon chip, this device also uses a UFS2.1 flash memory, LPDDR4X RAM, and 6GB/8GB/12GB memory options are available.

There is also a 6.43-inch AMOLED screen with a refresh rate of 90Hz and covers the P3 color gamut. The front camera has a 16MP resolution, while the rear camera includes a 64-megapixel main sensor, an 8-megapixel ultra-wide-angle lens and a 2-megapixel black-and-white lens

The Lenovo K13 Note comes with a 6.5-inch IPS LCD display with an HD+ resolution. The display supports a standard 60Hz refresh rate. Under the hood, we have a Qualcomm Snapdragon 460 chipset. Thus, it only supports 4G connectivity. It is paired with 4GB of RAM and up to 128GB of native storage. 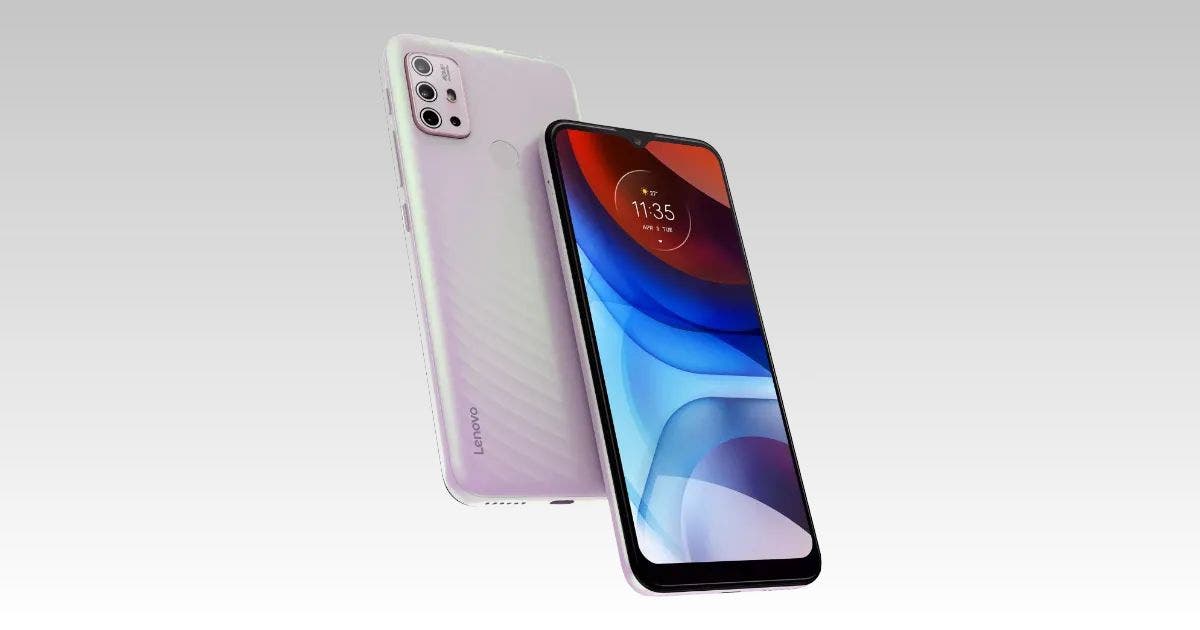 On the back, the phone carries a quad-camera module, which consists of a 48MP primary sensor, an 8MP ultra-wide-angle lens, a 2MP depth sensor, and a 2MP macro camera. The selfie shooter has an 8MP resolution.

As for the selling point, we can mention the 5,000mAh battery. Actually, this is the only reason that made us put on the list. The starting price is around $170.

OnePlus is not a brand associated with the premiums smartphones anymore. Like many other players on the market, OnePlus has launched not only mid-range and low-end models, but also a number of other products such as TVs, smartwatches, etc. Anyway, back to the smartphones, in June 2021, the company launched a sequel for its first budget-friendly smartphone in the form of the OnePlus Nord N200. 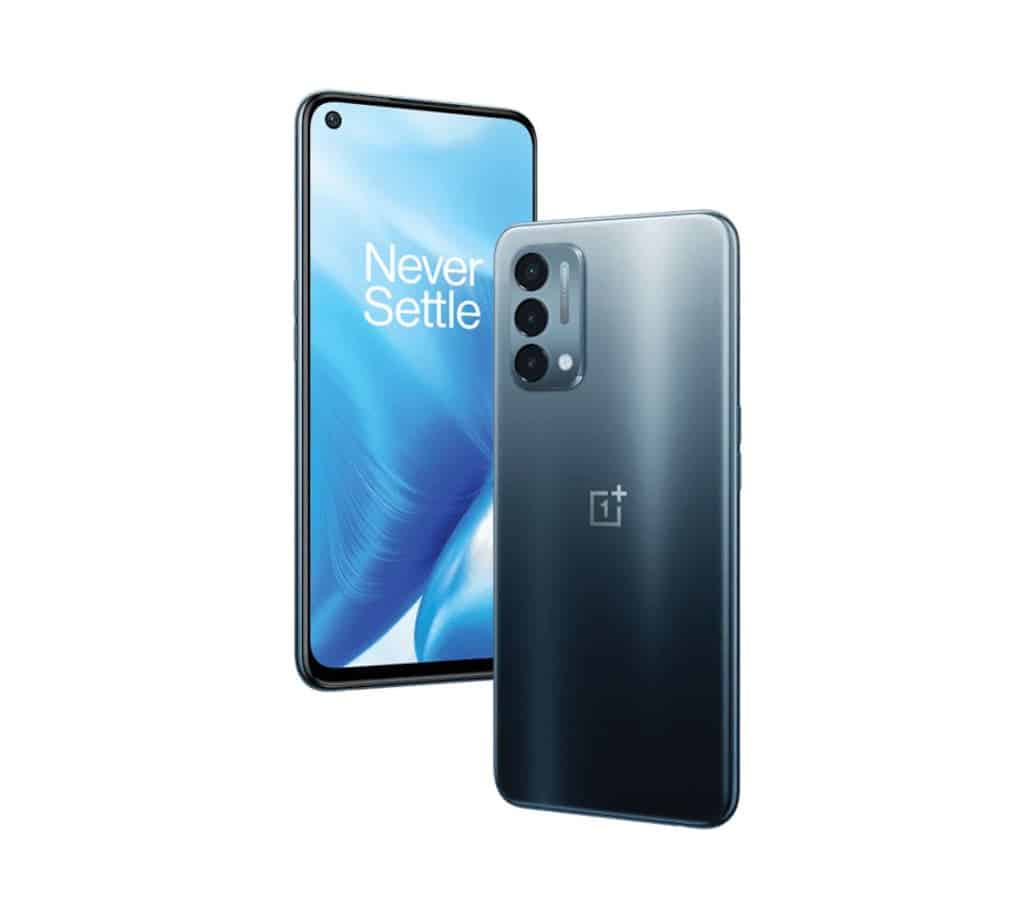 On the opposite side, we have a triple camera consisting of 13MP sensor, 2MP macro and 2MP monochrome sensors.

Inside, the phone sports a Snapdragon 480 5G chip, which is far better than the Snapdragon 460. This octa-core processor is paired with a 4GB LPDDR4X RAM and a 64GB UFS 2.1 storage.

Like the previous model, the OnePlus Nord N200 5G draws power from a huge 5,000mAh battery. But this one supports 18W fast charging unlike 10W power of the Lenovo model.

The VIVO Y53s is a new low-end device that is going to be a great smartphone for students who don’t want to pay much.

Like the other two models, this one comes with a large 5000mAh battery as well. Thus, all three suggested models have the same capacity battery. Moreover, this device also sports the Snapdragon 480 chip and a 6.58-inch 90Hz refresh rate screen. The latter also supports a 180Hz touch sampling rate. 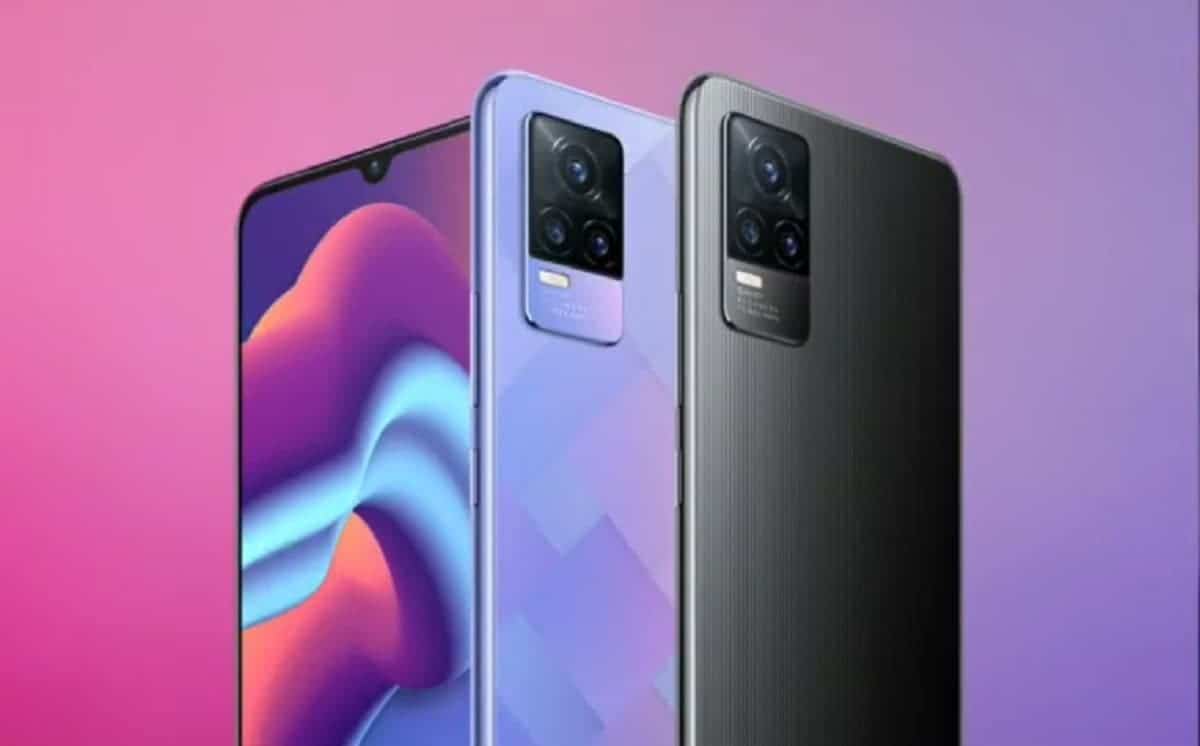 However, this is not the reason why it appears on this list. Our protagonist comes with an exclusive customized super speaker. Though we are dealing with an entry-level smartphone, its sound unit is consistent with some high-end flagships on the market. The manufacturer proves that this exclusive customized super speaker supports a surging hearing with a volume of up to 200%, with a volume of up to 94dB, and has 17 levels of fine tuning.

As for photography, the VIVO Y53s features a 64-megapixel ultra-clear main sensor, supplemented by a macro lens.

We have been talking about the best entry-range smartphones for students. And as you noticed, they basically come with a large battery. But if you want a smartphone that really boasts of a battery and doesn’t charge much for it, here are some suggestions.

The Nokia C20 Plus costs only $ 125. For this, you will get your hands on a device with a 6.5-inch IPS-matrix with HD+ resolution. The front shooter has a 5-megapixel resolution. The plastic back panel carries an 8MP + 2MP dual-camera setup. 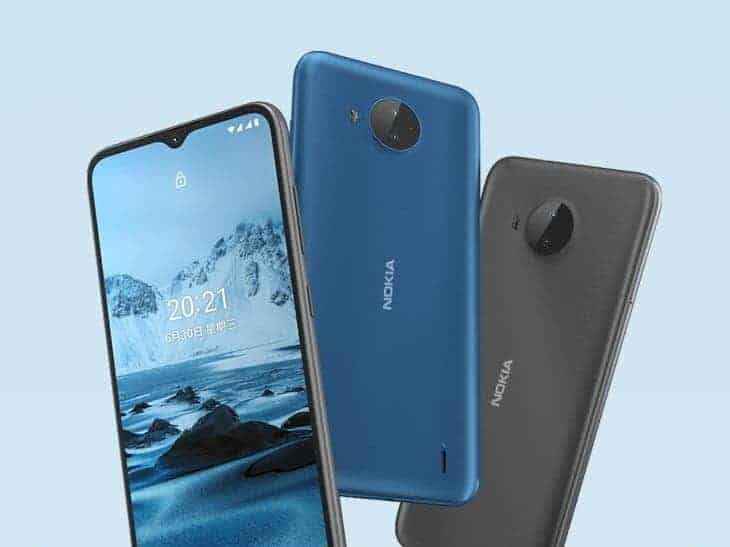 Under the hood of Nokia C20 Plus, the UNISOC SC9863a chip is running in conjunction with 3GB of RAM. The smartphone also has a 32GB native storage and a 4950mAh battery.

The Moto G20 is the improved version of the previously launched Moto G10 smartphone. While the device comes with 48MP and 5,000mAh battery, the company has compromised on other aspects to cut the price down. 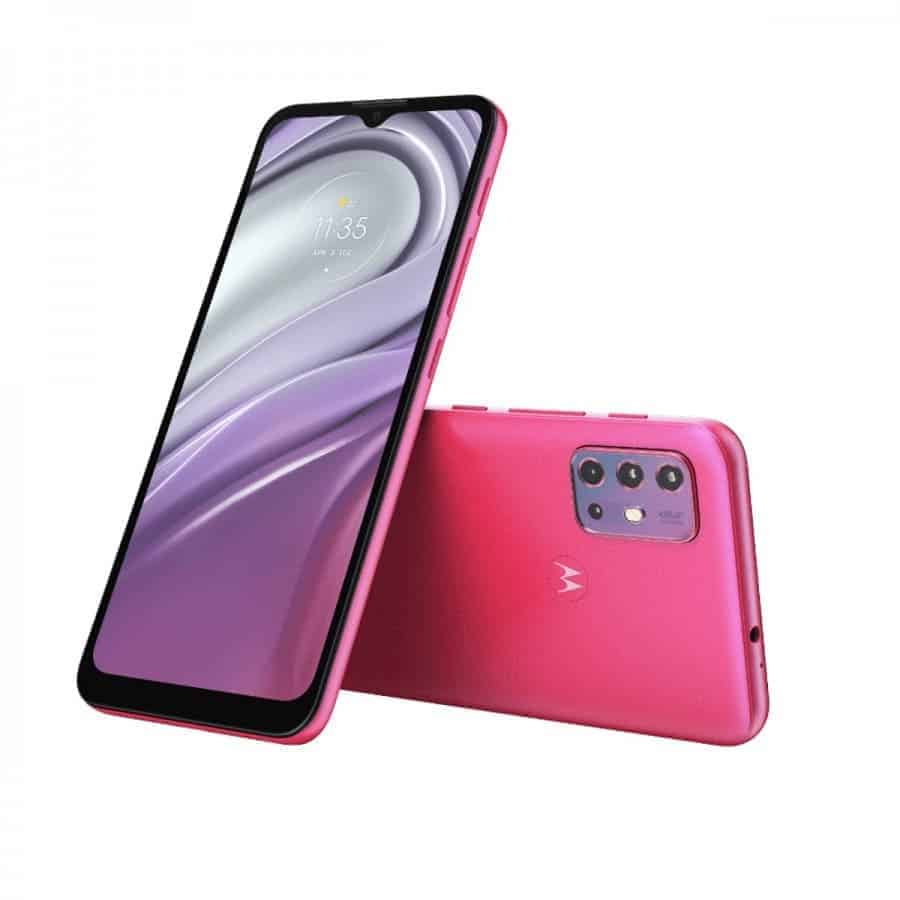 This handset features a 6.5-inch IPS LCD display with a resolution of 1600 x 720 pixels and a V-shaped notch. The display also has a 90Hz refresh rate. The back carries a quad-camera module featuring a 48MP primary sensor, an 8MP ultrawide lens, a 2MP macro, and a 2MP depth sensor. For selfies, we have a 13MP camera.

Under the hood, the device hosts the Unisoc T700 chipset and a large 5,000mAh battery that can refuel at up to 10W charging.

The Samsung Galaxy M32 comes with a 6.4-inch display. Inside, it carries an octa-core MediaTek Helio G80 processor. But this phone has a 6000mAh battery. 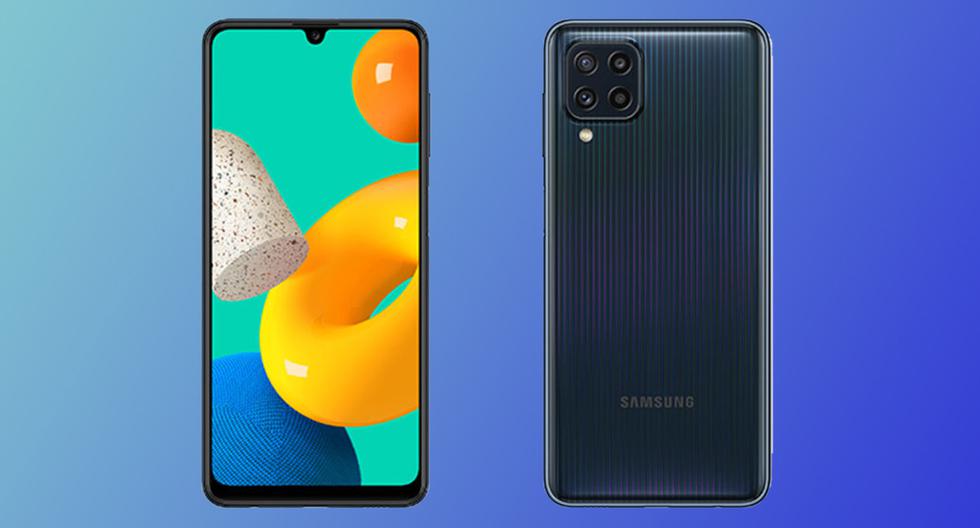 On the back, we have a 64-megapixel primary camera, which is accompanied by 8-megapixel, 2-megapixel and 2-megapixel sensors. On the front, the phone hosts a 20-megapixel camera.

As you see, there are myriads of options when talking about the best smartphones for students. But before buying one, you should get acquainted with their key features. The list above could be quite useful.