Motorola launched the Moto G50 5G (codenamed “Ibiza”) in March, and it is planning to introduce another Moto G50 5G, codenamed “Saipan.” We saw its leaked renders last week which revealed its design, and now the smartphone has appeared on Geekbench with its key specs.

The benchmark database reveals that the Moto G50 5G (Saipan) is powered by the Dimensity 700 SoC, corroborating a recent media report. And the unit that passed through Geekbench runs Android 11 and has 4GB RAM onboard, although there could be other RAM options as well to choose from. 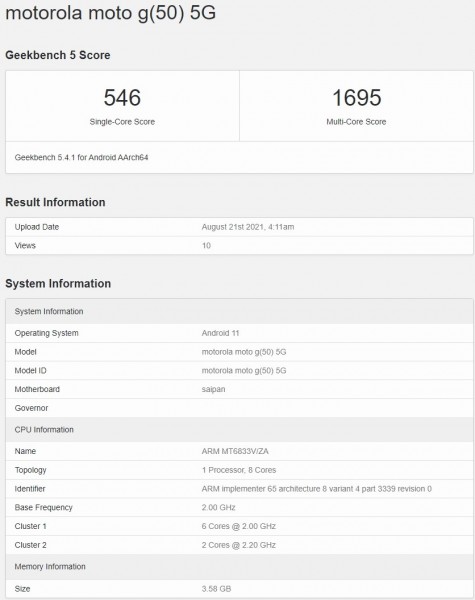 The Geekbench listing doesn’t include any other specs of the G50 5G (Saipan), but rumors have it that the smartphone will come with a 6.5″ HD+ screen, 64GB storage, 13MP selfie camera, NFC, and 3.5mm headphone jack. 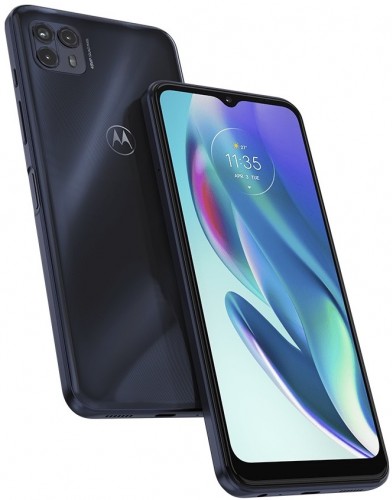 There’s no word from Motorola about the Moto G50 5G (Saipan) yet, but we expect to hear more about it in the coming days. 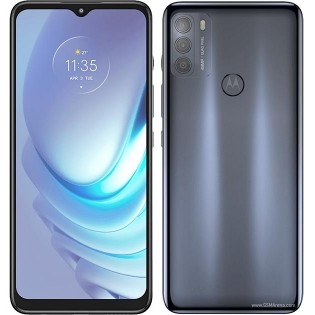 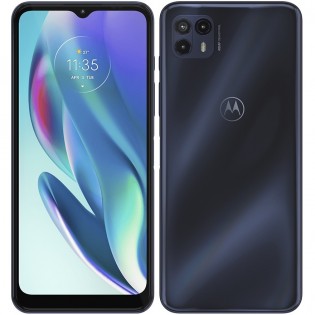