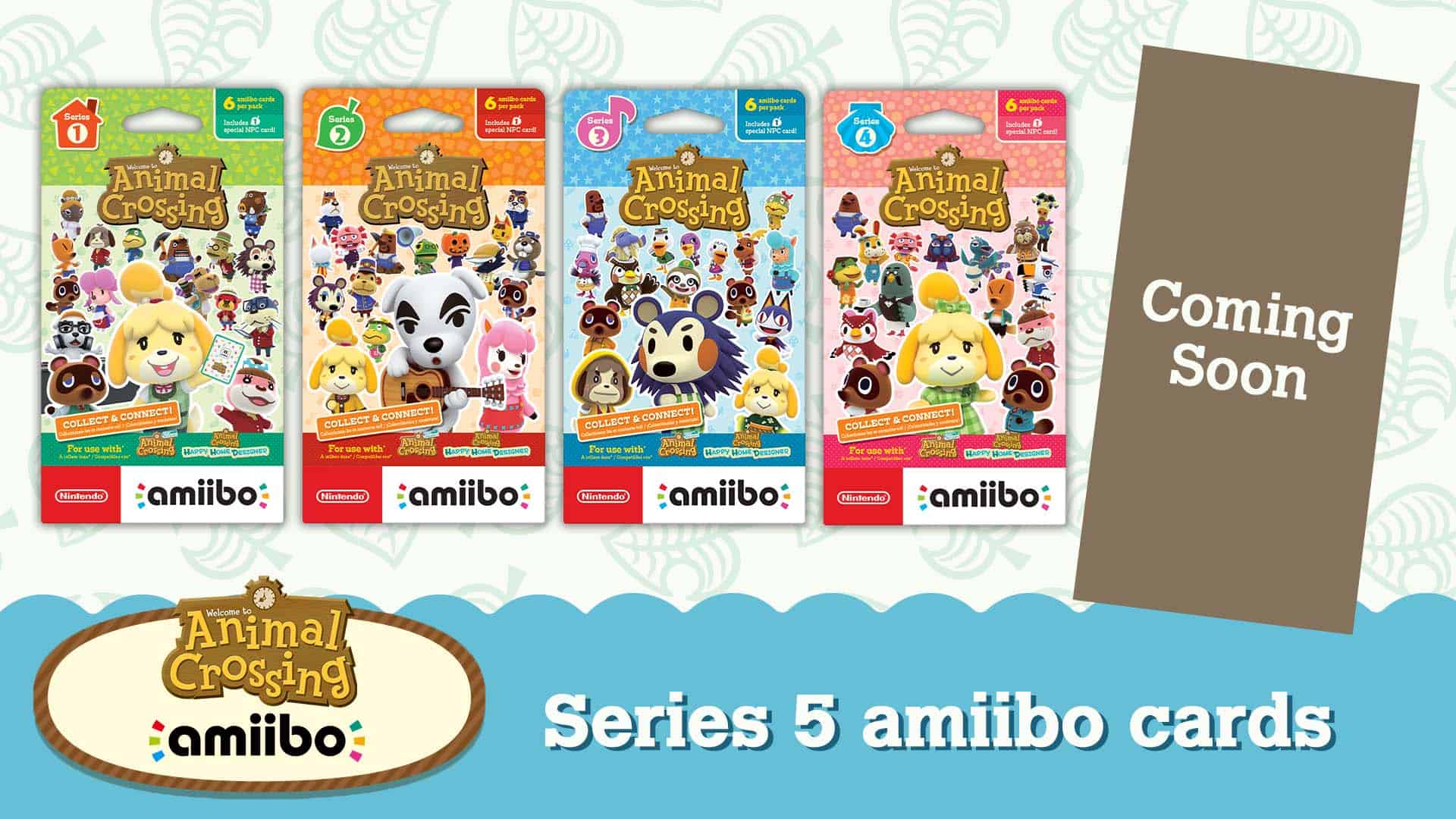 It’s what we’ve all been waiting for, expected to be announced back in September during Nintendo’s Direct event, we finally have the reveal of the Animal Crossing Amiibo Series 5 cards.

Launching alongside all of the new content for Animal Crossing: New Horizons, the Amiibo Cards will launch on the 5th of November and include 48 cards in total, which is a 52 card reduction from Nintendo’s previous series.

Each pack of Amiibo cards will include six cards in total and will go on sale in select stores on the 5th November 2021.

You can watch the Animal Crossing Direct event below

Let us know if you are excited about the new Animal Crossing Amiibo Series 5 Cards?