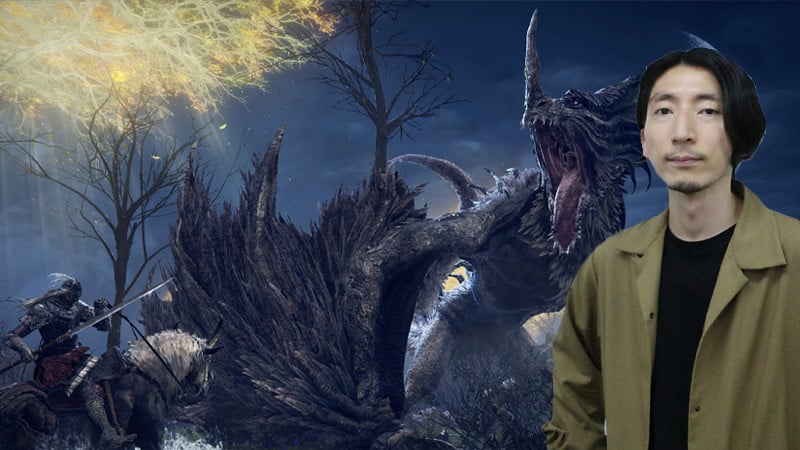 With the game coming on January 21, 2022, Elden Ring has been lingering in the back of the minds of From Software fans since it originally got announced in 2019. Now, it seems that the press circuit is about to go into high gear as Yasuhiro Kitao from the developer remotely called in to talk about the game with Famitsu.

While no new footage was shown, what’s been described sounds like this is the finale and new beginning of this current era of From Software’s games. From weirdly esoteric King’s Field to Armored Core’s obtuse design, the games that have been developed since Demon’s Souls have resonated with a worldwide audience, bringing a more classic difficulty style to a broader audience and in some ways, influenced the wider gaming world to reaccept complexity into its ethos.

The highlights from the interview include that development is in its final stages, with the team “moving forward” as it slowly begins to hit its release date.

Of course, Kitao was asked about the difficulty of the game, which he replied with it having a “high level of difficulty” and that they still want players to feel “a sense of accomplishment”. How this seems to be handled is presumably going to be through the tried and true methods of grinding against it until you win or a bigger focus on summoning companions to help deal with big crowds.

They also mentioned that the stealth system from Sekiro: Shadows Die Twice will make its way into the game, allowing for players to take on combat situations in ways not usually open to From Software’s dark fantasy games.

The last time it was shown off, Elden Ring had no map, which is now included in a delightfully From way. Instead of having it all in one go, you’ll have to go hunting for the missing pieces throughout the world to get a better sense of where you’re at in your exploration. To aid in the bigger area, you’ll also be able to call ‘Spirit Horses’ to tackle faster-moving foes (like a dragon) or to traverse steep hills.

Kitao stressed that there was nothing like a fetch or errand quest in the game, allowing players to instead focus on the task at hand and explore to their heart’s content without the need to immediately leave.

The video above is entirely in Japanese but does start at the time of the interview.

You have to see this new horror game, Choo-Choo Charles