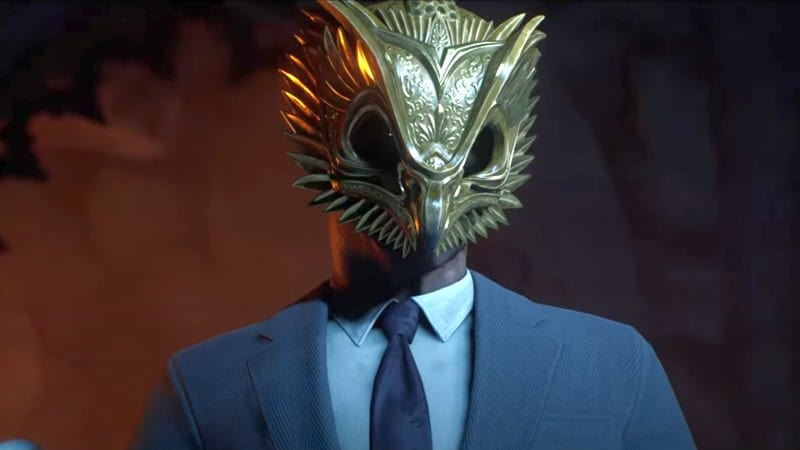 A year on from DC Fandome 2020, when we were treated to the first trailer and announcement for Gotham Knights (with a tentative 2021 release date), we have been endowed with a new Gotham Knights trailer via DC FanDome 2021 (and, of course, an updated release window of 2022). While it reveals a little more about the Court of Owls and its shadowing importance to the current fate of Gotham, it’s a bit thin on action. Look see:

Given how quiet things have been since last year’s announcement, we expected a little more than the above cinematic. It introduces the Court of Owls well enough (courtesy of a Penguin cameo) but we’re not seeing anything in the way of gameplay. For a game that’s supposed to be as close to release as it appeared to be a year ago, that’s a worry. Thankfully, there are a few seconds of in-game footage in the the Behind the Scenes accompaniment:

Gotham Knights is being developed by WB Montreal, last responsible for Batman: Arkham Origins. That was eight years ago, since which time an entire console generation has been and (almost) gone.

The post New Gotham Knights trailer shows Court of Owls in session – but not in action appeared first on WePC | Let's build your dream gaming PC.