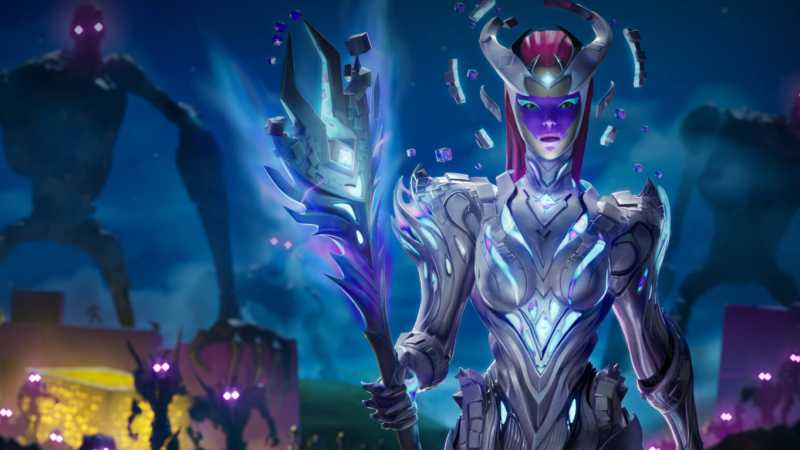 As the Cube Queen continues to wield her wrath over the island, more changes have accrued to the map and another War Effort vote begins. Keep reading for the biggest changes in the latest Fortnite patch notes, and check out the full list on epicgames.com.

That base entrance near Catty Corner has been mysteriously locked for as long as we can remember… But now, thanks to v18.30, we finally get to take a peek inside. Now that the Mountain Base has opened up, we have discovered yet another IO base to take over.

As well as the many players that will undoubtedly drop into this new area, be prepared to come up against Dr Sloane and more of her IO guards as you enter the base.

The neon pink, Cube-infested area in the centre of the map, otherwise known as the Convergence, has started to grow. Who knows how much of the map the Cubes will eventually overtake, overlooked all the while by their Queen, but you can investigate their current progress now.

The next War Effort vote is also upon us with this latest update. This time, choose between the Boogie Bomb and the Combat Shotgun.

The Battle Pass exclusive Long Live the Queen set is now also available through a series of Cube Queen quests. Earn the Cube Queen Outfit, Glider and more by completing a series of tricky Sideways themed quests. The quests include the likes of dealing headshots with sideways weapons and using a Shadow Stone near an opponent, so don’t expect the rewards to come easily.