Realme’s first-ever tablet dubbed, the Realme Pad has made multiple appearances online in the form of leaked renders. While it is set to hit the store shelves later this year, new renders revealing some key details and the design of the upcoming tablet have surfaced on the web.

The Chinese tech company has already given us a glimpse of the Realme Pad’s design by releasing an official render during the Realme GT smartphone launch event in Europe. Aside from that, the device has already passed through certification websites in several countries and even made a public appearance once.

On July 17, 91mobiles collaborated with renowned tipster Steve Hemmerstoffer (aka OnLeaks) to reveal new Realme Pad renders. These images give us a glimpse of the upcoming tablet from all angles while divulging other key details such as dimensions, screen size, and more. According to NotebookCheck, the slate boasts some features that separate it from the rest of the tablets available in the market. However, the site claims that the Pad’s overall impression is “underwhelming.”

The renders suggest that the Pad will look like a common slab. It houses a protruding camera setup at the back that houses a single camera. Moreover, the Pad seems to have drawn inspiration from the 2020 iPad Pro, as far as design is concerned. The Realme logo can be seen on the back, alongside a straight line that runs through the camera setup. It accentuates the dual-tone colorway of the tablet. 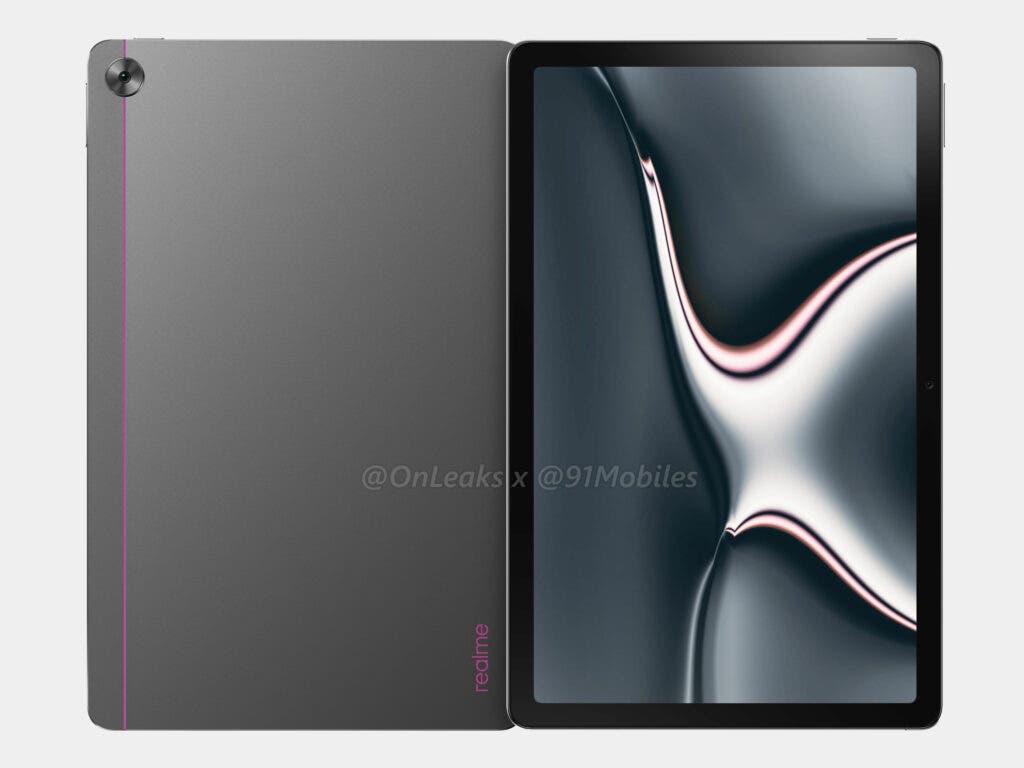 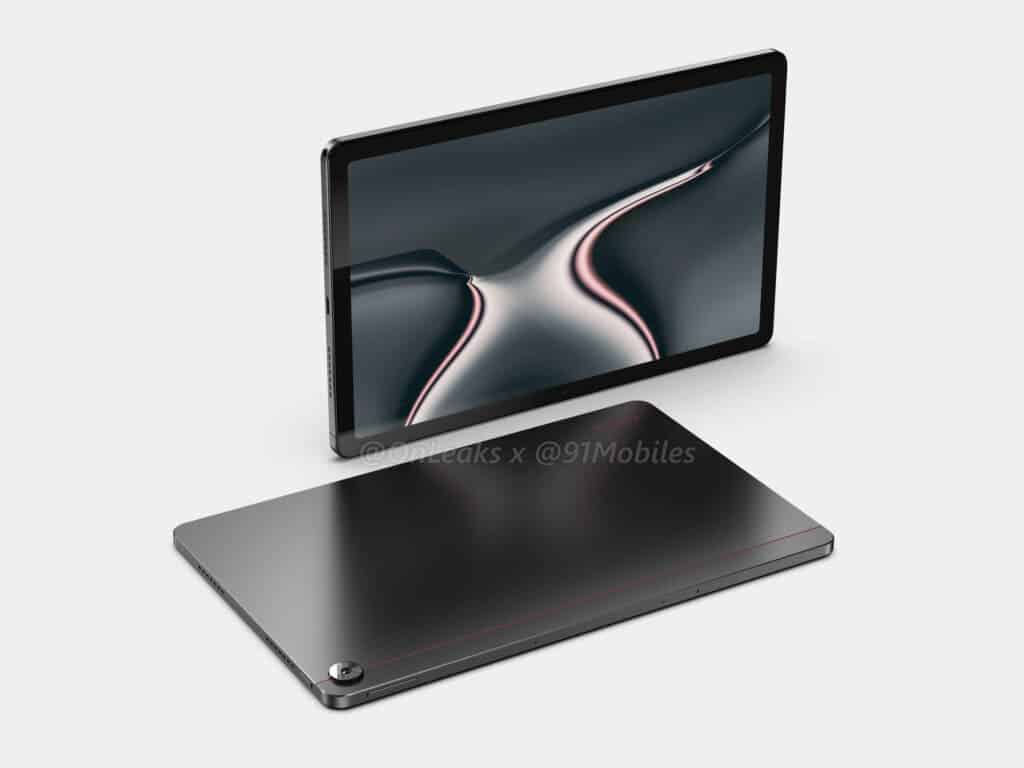 Upfront, there’s a single selfie camera located in the middle. The screen is surrounded by clearly visible thick bezels. The side of the tablet features a power button, along with two speakers. The USB Type-C port and a couple of speakers have been placed on the other edge. The volume can be found on the frame, next to the camera module. The same edge appears to house what looks like a microSD card slot. 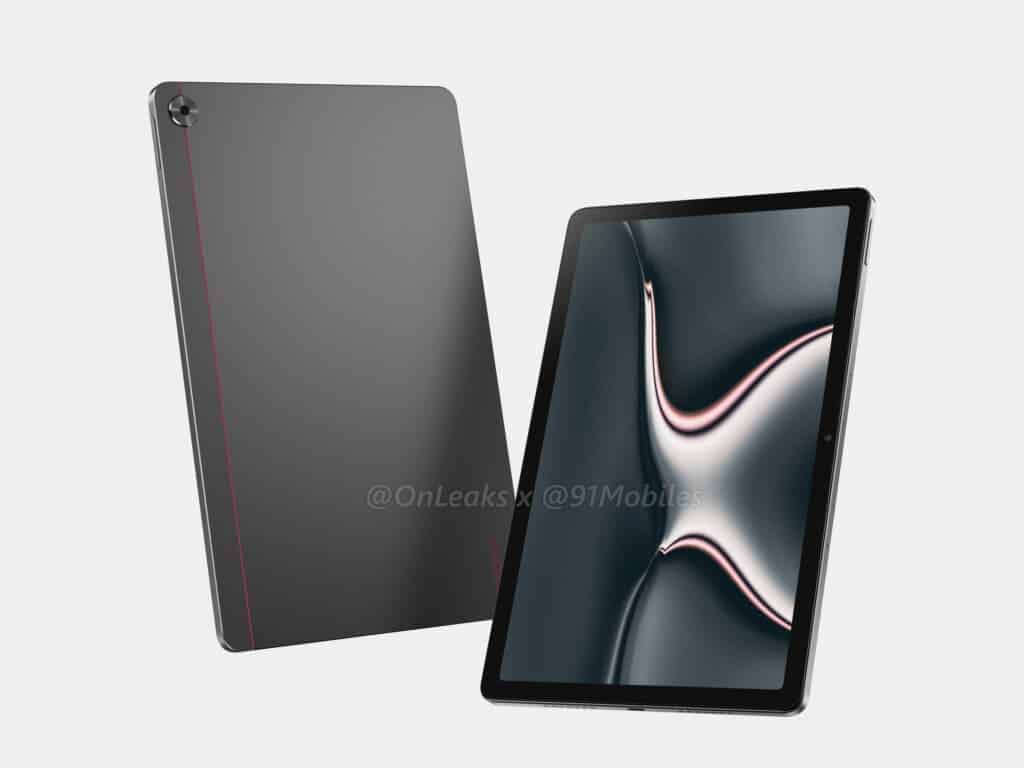 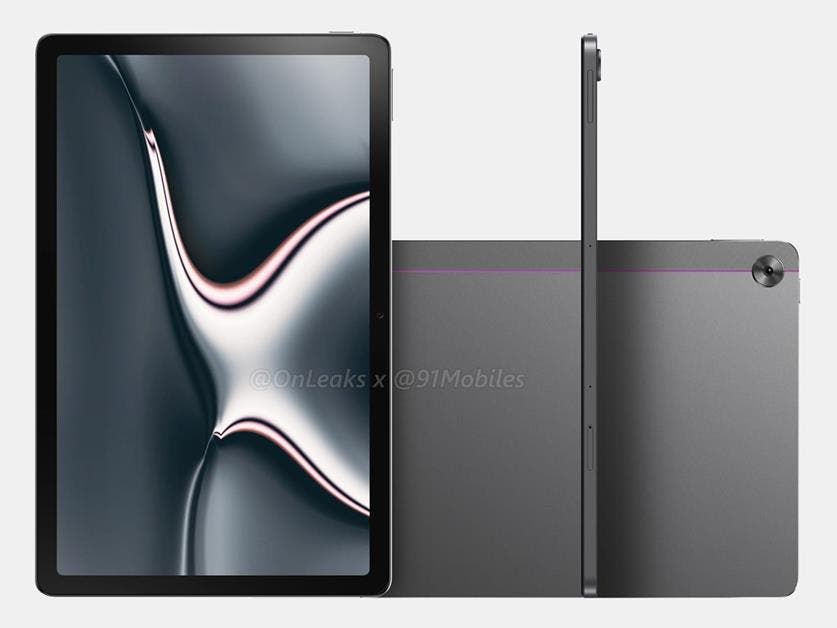 The most notable design element of the Realme Pad is a slot on the frame with a USB port. There is a possibility that the slot will accommodate a stylus that will ship with the tablet. The Pad’s dimensions are 246.1 x 155.8 x 6.8mm. Taking the protruding camera into consideration, the thickness of the device has increased to 8.4mm. According to the recently surfaced renders, the tablet will be available in the Grey-Black color option. However, Realme is likely to introduce more color schemes at the time of launch.

As mentioned earlier, the Pad has been floating around the rumor mill for quite some time now. Aside from that, the device’s certification listing has revealed some key information and specs. For instance, a previous listing revealed that the Pad has been assigned model number BLT001, and it will be backed by a robust 7,100mAh battery. Furthermore, it is expected to retail for INR 22,999 (about $308). The Pad is likely to make its debut on October 12, and come with 6GB of RAM and 64GB of built-in storage.