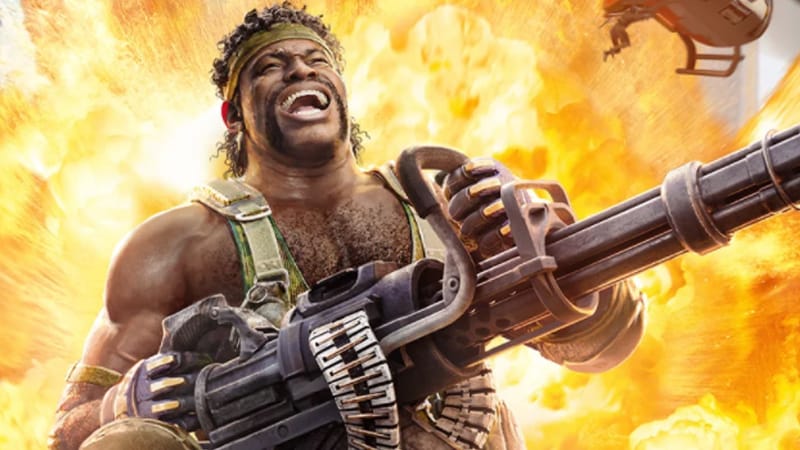 Hi-Rez Studios have added a new playable character called Cannon to the popular online shooter Rogue Company. The cross-platform third person shooter, which is a slightly more casual alternative to CS:GO and Rainbow Six Siege, has steadily added new maps and characters since the game made it’s initial release back on October 1, 2020.

Each new character added refreshes the multiplayer action game and ensures that Rogue Company remains popular with it’s audience — a lesson they no doubt learned from their previous releases, Smite and Paladins.

How do I get Cannon in Rogue Company?

How much does Cannon cost in Rogue Company?

Cannon is also available in the “Rogue Company: Year 1 Pass” which includes the following:

Who is Cannon in Rogue Company? — Update Notes

Cannon is one of the most reliable machine gunners in the world. He loves action movies, pro wrestling, and barbeque. Before joining Rogue Company, he was in the US Army.

What are Cannon’s abilities in Rogue Company? — Update Notes

Cannon has a Gatling Gun that gets faster the longer you shoot it for. You can mount it to increase your accuracy and fire rate.

Landing shots has a chance to reload your gun. If your Gatling Gun is equipped, its will last slightly longer.

We look forward to seeing how Cannon affects the meta game and eSports scenes of Rogue Company, and generally think he’s a cool and unique addition to a cast mostly made up of cool and unique characters.

Far Cry 7 - What we know so far - Online, multiplayer rumors