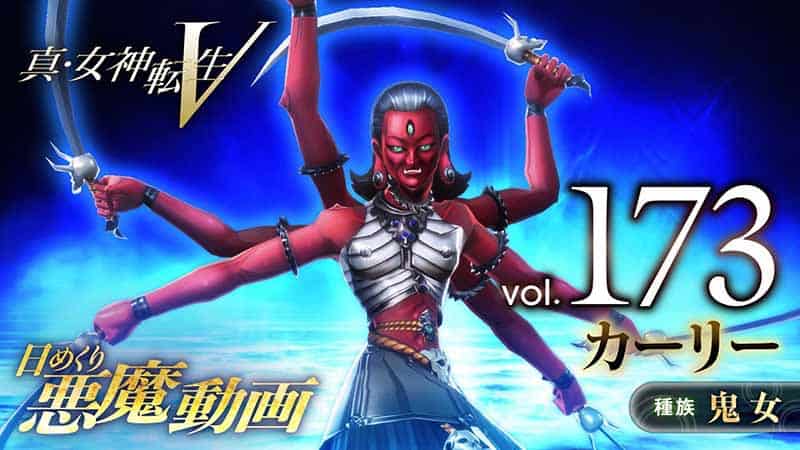 The hugely anticipated Nintendo Switch JRG – Shin Megami Tensai V lands on November 12, and developer Atlus has been busy releasing a raft of trailers showcasing some of the 200+ monsters we can expect to be coming up against when we get our hands on it.

Now, you may not have heard of it and need a recap the official description is thankfully in English: “When a grisly murder scene in modern-day Tokyo blocks our protagonist’s walk home, an unplanned detour leaves him buried and unconscious.

He awakens in a new Tokyo, a wasteland ravaged by apocalypse now called Da’at… but before bloodthirsty demons can claim his life, a savior emerges, and they unite to become a mighty being neither human nor demon: a Nahobino.”

Now of you have played any of the other Shin games over the years you won’t need this and are doubtless pretty pumped by this latest trailer featuring Kali – a monster inspired by the Hindu God of Death – sounds pleasant enough.

This, however, is not the first time Kali has been seen in a videogame and in fact she featured way back in Digital Devil Story: Megami Tensei in 1987, We are sure you all played that one through to completion.

Fans of JRPGs will be eagerly marking the days off the calendar until Tensei V arrives. We are hoping, and probably expecting to see even more trailers land in the run-up to launch day. Hopefully, they won’t all have quite so many swords, and indeed arms as Kali is packing.

No news on price as yet but you will be able to pick it up in the Nintendo Store or even import a physical copy from Japan in just a few days time.

NBA 2K22 Season 2: Check out the full Rewards List for MyTeam and MyCareer