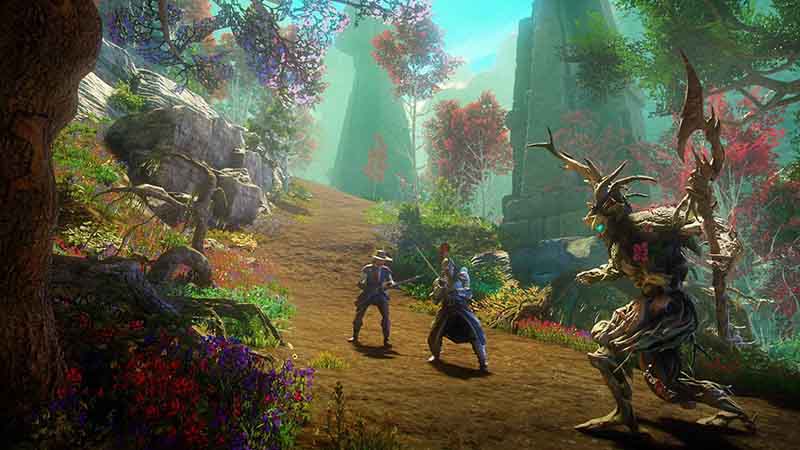 It is no secret that the New World launch has been rather manic. After having over a 700k peak, and over a million players log in, make characters, which is a number that continues to rise day by day. Considering the context, there have been some crazy long New World login queues, causing over 100 servers to launch in EU Central over the last few days and even more across the world.

Since then, Amazon has tried to address the login queue problem through server launches. However, many are not opting to move servers due to prior commitments to friends and the progression of the players’ main character on larger realms. One of the solutions Amazon Games are committing to is the New World server transfers, which they announced the other day. However, Amazon Games announced on early October 1, late September 30, that the New World server transfer is coming next week.

The New World server transfers are currently in the process of getting tested. Amazon Games are creating the functionality to allow the free servers to roll in the next seven days. However, there is no actual time on when it will go live. The official announcement states it will come next week, meaning it will drop between October 4 and October 10.

For any players stuck in the New World queues, or are just arriving on the shores of Aeternum, Amazon recommends lower pop servers. 40% of the server worldwide are considered low queue or no queue servers, which should accommodate the remaining server queues in every region.
The news is also accompanied by even more commentary on a potential increase to the New World server cap. There is no confirmation on whether that is going to happen or not. However, it is a sign that it is a possible solution. How that affects server balance and potential end game involvement with the New World warfare remains to be seen. But it is certainly a fix to one of New World’s biggest issues.