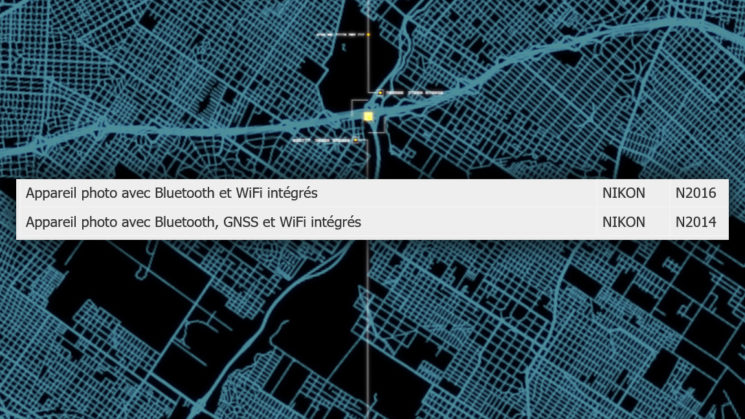 First spotted back in early March after registration in Russia, and then in Indonesia in July, the unreleased Nikon camera, “N2014” (which Nikon Rumors believes may be the upcoming Nikon Z9 flagship) now has some interesting new news. It looks like it’ll ditch the more traditional GPS system in favour of GNSS according to the latest registration.

The news comes via Nokishita and says that as well as featuring the standard WiFi and Bluetooth, the N2014 camera will also utilise the Global Navigation Satellite System (GNSS), which should offer more accurate positioning data. If true, this would mark the first consumer camera to include GNSS support.

N2014 is an as-yet-unreleased Nikon camera and it could be one of a couple of things. It might be a new entry-level camera – A hypothetical “Z30” to replace the D3x00 series DSLRs, but NR thinks it could also potentially be the Z9 – possibly being tested right now at the Olympics and expected to be announced in just a few short months. I’m inclined to agree with NR, personally. The other “N2016” camera shown in image attached to the tweet is the recently released Nikon Z fc.

But what is GNSS? How is it different to GPS? Is it really any better? Well, essentially, GNSS is sort of a “GPS on steroids”. It’s an alternative to GPS that’s been around for a little while and it’s made it into a number of cameras over the years, although no consumer models, and provides more accurate data than the GPS offers.

The Global Positioning System (GPS) is made up of 31 satellites orbiting the planet. These satellites all beam out signals that your camera, smartphone or other GPS-enabled device listen for and then extrapolate your position based on the data they receive. It’s a very clever implementation of some fairly simple maths that can pinpoint your exact position on the planet down to a few feet.

Unlike GPS, which is a singular entity, the Global Navigation Satellite System (GNSS) is more of a generic term covering all of the global navigation and positioning systems, including GPS, GLONASS, Galileo, Beidou and other regional systems. Having access to GPS means you’re locked into the GPS system only. Having access to GNSS means you’ve got the ability to utilise all of the positioning satellites from every network, providing more signals, allowing for faster pick up of your location with accuracy as high as a few inches.

I think NR might possibly be right about N2014 being the Z9. After all, more accuracy would be very beneficial to a great number of phhotographers. Photojournalists who want to be able to more easily prove their locations for photos in the face of “fake news” claims. Wildlife photographers and landscape photographers, too, would benefit from being able to see exactly where they created specific images or documented certain species.

Personally, the only time I use GPS on a camera (other than the one in my phone) is my location scouting camera. The Nikon D5300. It’s a fantastic little camera for documenting new locations (and it’s a native feature that Nikon removed from the D5500 and D5600!), although the GPS doesn’t always target as quickly as I would like in all locations and it sometimes puts me quite a distance away from where I actually am. So, a more accurate (and faster) system would definitely be a welcome addition!

But, a higher-end body does seem more likely initially, especially with one that has such high expectations to live up to, although I expect that if this is coming to the Z9, GNSS will probably end up coming to all of new Nikon’s, replacing the US-owned GPS system.

Xiaomi Mi 12 will be equipped with LPDDR5X memory