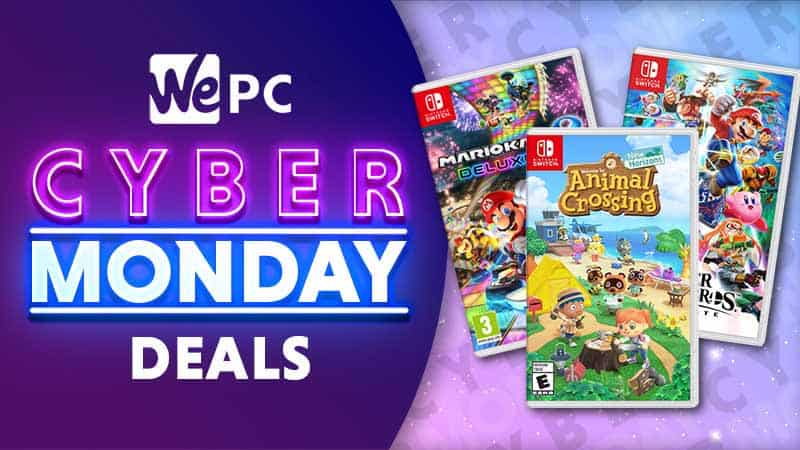 Looking for something new to play on your Nintendo Switch? We’re expecting to see deals galore on Switch games this Cyber Monday, with some of the best prices of the year on a range of popular titles. So whether you’re a long-time Switch owner or you’ve just grabbed one of those lovely new Nintendo Switch OLEDs, Cyber Monday is the time to boost your game collection.

Let’s be clear about one thing: Nintendo and discounts are not things that usually go together. That’s right, as beloved as Nintendo are, you’re highly unlikely to see the kinds of year-round offers that you might expect to see on Steam, or even on PlayStation Network or Xbox. However! Cyber Monday 2021 is here to save the day. It’s the traditional time of year when retailers slash prices and break out the best deals on a range of hardware and software, and we’re already seeing plenty of good deals on Nintendo Switch games popping up.

With the Switch now into its fifth year, there’s a healthy back catalog of awesome titles including the phenomenal Legend of Zelda: Breath of the Wild, a swathe of fantastic Mario games like Super Mario Odyssey and the latest editions of Mario Kart and Mario Party. While it may be too early to see big savings on recently-released titles like Metroid Dread and Shin Megami Tensei 5, we’re still anticipating seeing the likes of The Legend of Zelda: Skyward Sword, Animal Crossing: New Horizons and plenty of other Nintendo Switch games listed in Cyber Monday deals. So far, there have been several early Black Friday deals, so expect random deals to occur throughout the entire month of November, especially as we head to the holiday period.

What are the best Cyber Monday 2021 deals on Nintendo Switch Games?

We’re constantly on the lookout for the very best Cyber Monday deals on Nintendo Switch games, keeping our list of the biggest discounts up to date. Check out our favorite deals below.