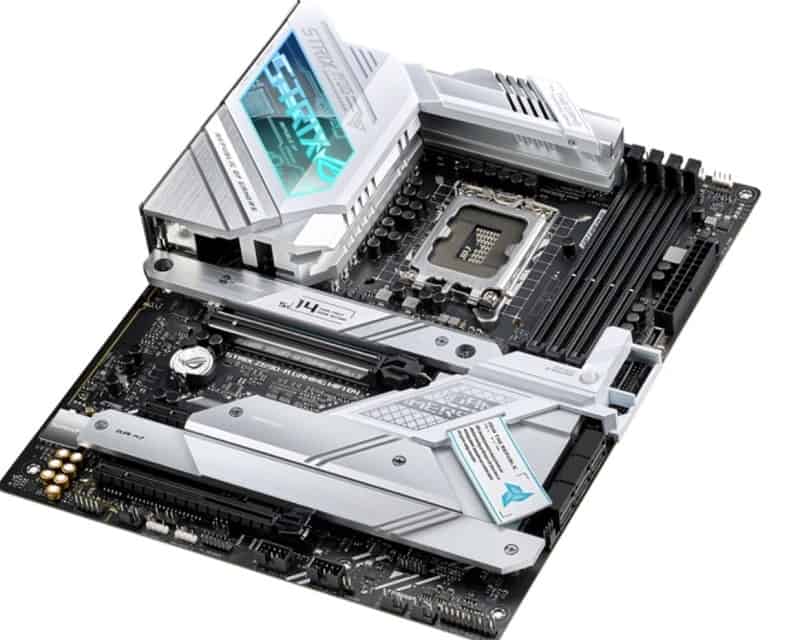 The maker of the most premium case fans in the business Noctua, has leaked the ASUS B660 motherboard range on their website (or at least a portion of it), as part of their compatibility centre function, showing ‘which Noctua CPU coolers are compatible with which motherboards’.

The B660 motherboards will occupy the low-mid range of the motherboards compatible with the upcoming Intel 12th gen Alder Lake CPUs. We’ve already seen the launch of the premium Z690 motherboards, which are the pick of choice for those who want to overclock their new Intel CPUs, but the B660 offer a more affordable option for those who are happy with just the out of the box boost clock.

ASUS are one of the biggest and most popular makers of motherboards, so confirmation of the various upcoming SKUs will be a comfort to those looking to pick one up.

The ASUS B660 SKUs are listed as follows:

What’s the difference between the ASUS B660 motherboards?

Each of the ASUS B660 motherboards listed above will have different features, including RAM slots, maximum memory speed, PCIe lanes (including PCIe 4.0 and 3.0), and of course, a different price tag. This will make them suitable for pairing with different SKUs within the Intel 12th gen range, and for use in different sorts of builds.

Whilst we won’t go into the exhaustive number of differences here, if the previous generation of Intel 11th gen ASUS motherboards (the B560 series) are anything to go by, we can expect the following main differences between the ASUS B660 motherboards: