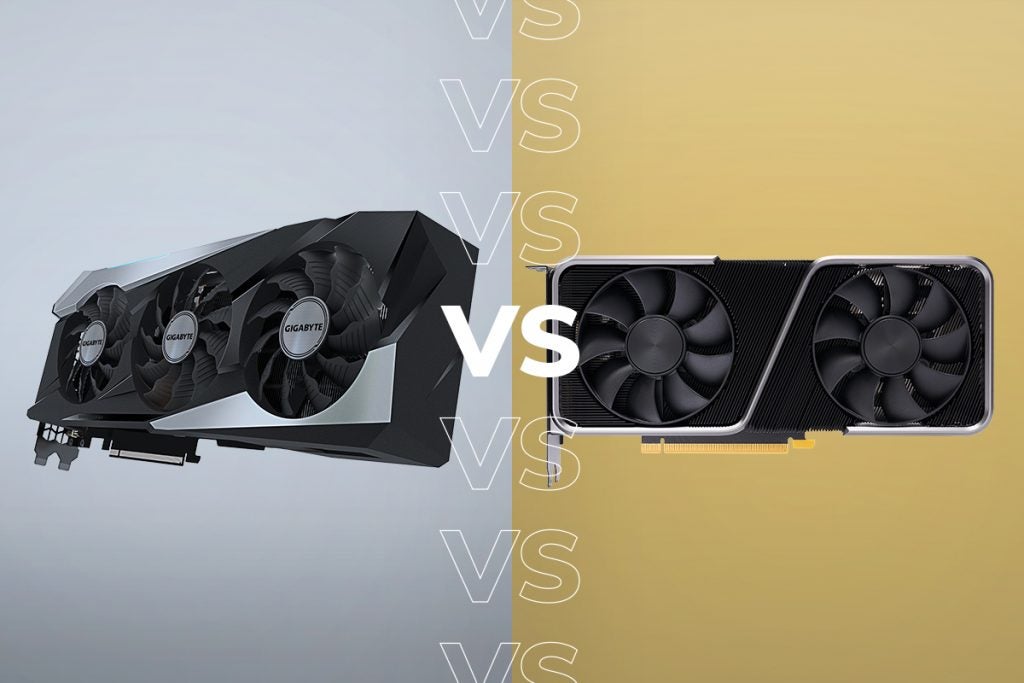 The RTX 3070 Ti is the latest mid-range graphics card in Nvidia’s lineup, and the successor to the RTX 3070. But how do the two models compare?

That means you’ll have to pay £60/$100 more for the newer graphics card with upgraded specs.

While price is certainly a factor here, availability may in fact determine which of these two graphics cards you choose. The ongoing silicon shortage means the GPUs are frequently sold out and resold at inflated prices, so that’s also something to be aware of here.

The 3070 Ti doesn’t offer a huge step up on the 3070, but it has received a number of upgrades when it comes to specs.

Both graphics cards are based on Nvidia’s Ampere architecture, which includes ray tracing and DLSS support, along with features such as Nvidia’s Reflex low-latency technology. Both cards also pack Nvidia’s 2nd-gen ray tracing cores and 3rd gen tensor cores.

CUDA cores are a core part that informs how much potential computational power a graphics card has. Clock speeds are a metric for how fast they can potentially run.

Perhaps the biggest upgrade, however, comes in the type of memory used by the graphics cards. While both cards feature 8GB of memory, the 3070 Ti uses GDDR6X instead of the standard 3070’s GDDR6. The former is more expensive and offers better data transfer speeds and bandwidth for improved performance over its GDDR6 equivalent. More specifically, Nvidia claims the 3070 Ti offers around 10% better performance compared with the 3070.

So, specs and marketing claims aside, we come onto the question how does the above impact the graphics cards’ performance?

During testing we found, generally speaking, the 3070 Ti delivers better performance than the 3070 in most games. However, the GPU is also more demanding and can run hot.

In Borderlands 3, the 3070 Ti produced post-60fps speeds in everything but 4K, offering a minor 6 to 7fps increase on the 3070. There were similar results in Division 2, with no serious performance gains on the 3070.

Unfortunately, the 3070 Ti is also more demanding than the 3070, which means it requires a lot more power to run and has the tendency to run hotter; it hit a peak of 87.5ºC. This is a little too close to the 90ºC point that could lead to performance issues.

You can see a more detailed overview of how the 3070 Ti performed in different games, as well as how it compared to the 3070 in our review of the 3070 Ti and the table at the bottom of this article.

Despite the Nvidia RTX 3070 Ti’s small performance improvements, the cheaper RTX 3070 was the only one of the two to make the cut for our best graphics cards list. There’s a reason we awarded the GPU a perfect five stars – it’s the best card available right now for 1440p gaming.

Nevertheless, the 3070 Ti remains a great option at a slightly higher price, offering a number of performance improvements if the 3070 isn’t available.

The graphics processing unit is designed to render graphics, which is particularly important for gaming, creating 3D models and editing video.

‘Framerate per second’ indicates how many images are shown within one second. The higher this figure, the smoother in-game motion will appear. Powerful discrete GPUs are far more likely to offer higher framerates compared to integrated graphics housed inside processors.

Deep learning super sampling is Nvidia’s image upscaling technology which can improve a game’s framerate without reducing the quality of the  visuals.