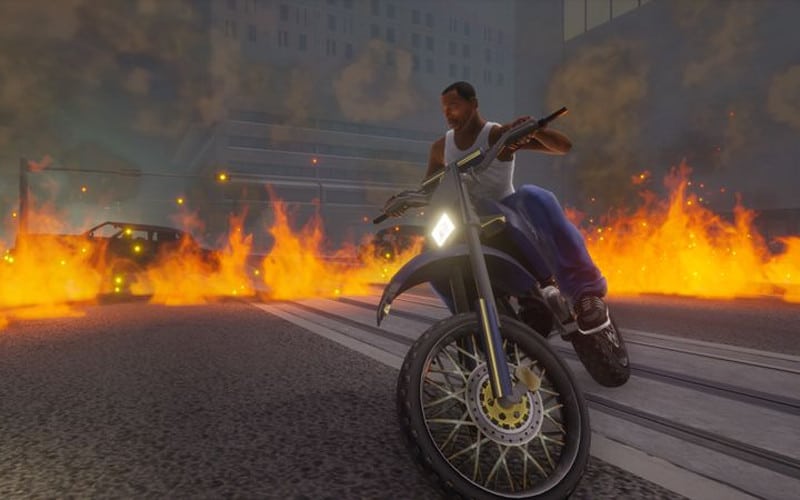 With Rockstar announcing that the Grand Theft Auto Trilogy (3, Vice City and San Andreas) will be launching on November 11th, it was also quietly mentioned that only a third of the collection will make its way to Microsoft’s Xbox Game Pass as well.

Why it was so hush-hush, we’ve no idea, but all we know is that San Andreas will be hitting Game Pass on November 11th, while 3 will be available on PlayStation Now a month later.

It seems that Rockstar is aware of Vice City’s legacy and has left it out of any and all conversations of being available on subscription services, leaving players to buy the complete collection to get their fix of 80s Scarface knockoffs.

The GTA Trilogy remaster is being handled by Rockstar’s support studio, Grove Street Games, who have essentially handled porting most of Rockstar’s back catalogue to other platforms. The old versions of the games included in the collection are being delisted from storefronts, with those who previously bought them still able to download them to their heart’s content.

The Definitive Edition will run on the Unreal 4 Engine, feature updated combat mechanics and a heavy dose of modern graphical techniques. It genuinely looks really good, in a way that only old, chunky Rockstar games could look when given a higher fidelity. It’s actually quite remarkable how they’ve managed to create a remaster that plays into the “it looks how I remember it”, but then also still make good on the ugly models, grotesque vision of gangs across different eras and ultimately, making those worlds look like fun to be in.

The post One game from the GTA Trilogy Definitive Edition is coming to Game Pass (and PS Now) appeared first on WePC | Let's build your dream gaming PC.