The OnePlus Nord 2 will be unveiled on July 22 and it will be available in several colorways – so far we had only heard of Gray Sierra and Blue Haze, plus a vegan leather “Green Woods” special edition. There could be a third option, red, as seen in this render shared by Evan Blass: 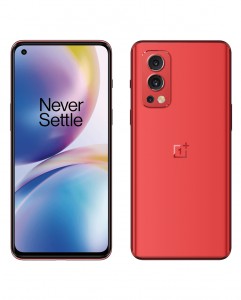 You can see the Gray Sierra and Blue Haze in these images by Ishan Agarwal: 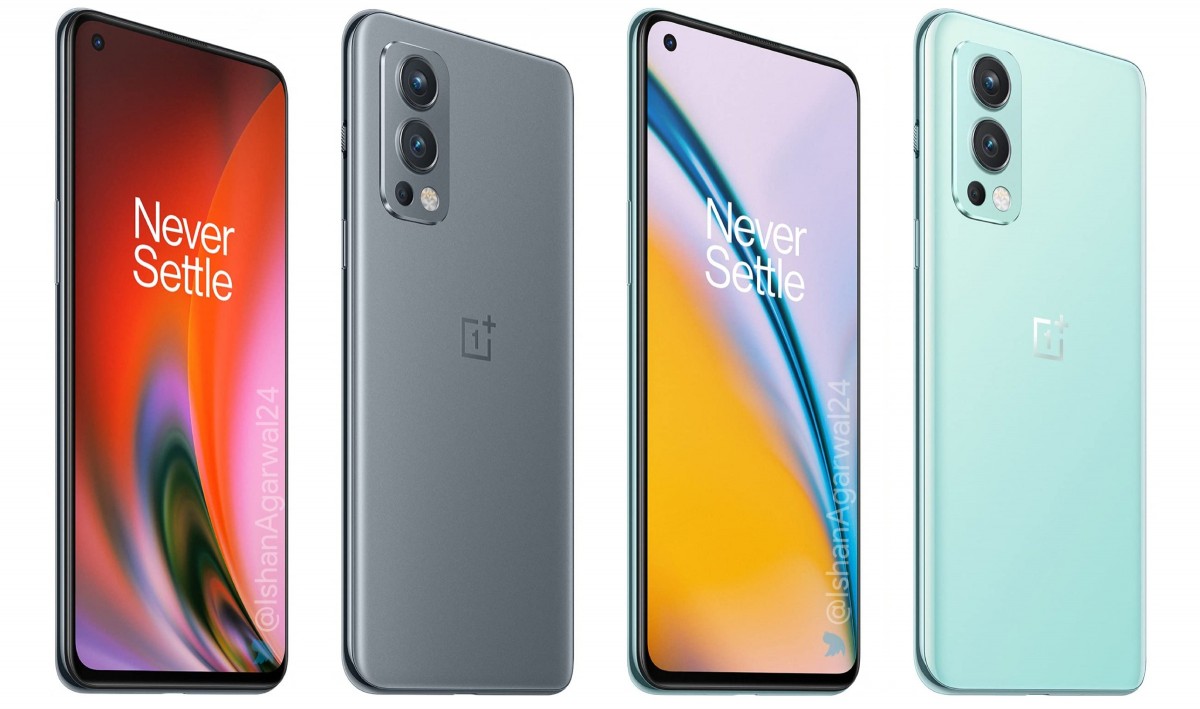 It’s not clear whether the red colorway will be a special edition or not. OnePlus used the Blue Haze version for the teaser that confirmed the phone’s design.

The company did confirm the 50 MP Sony IMX766 sensor for the triple camera on the rear and that it will have Optical Image Stabilization (OIS). This camera should support Digital Overlap HDR (DOL-HDR) thanks to the custom Dimensity 1200-AI chipset. According to rumors an 8 MP ultra wide-angle camera and a 2 MP helper will be joining it.