Oppo has officially introduced the new Oppo A16 smartphone in the Indonesian market. The device already appeared in a set of leaks during the past few weeks. The handset arrives as a successor to the Oppo A15, which the company unveiled last year. Just like other devices in the A-series, the Oppo A16 is a cost-effective smartphone with not very appealing specifications. Still, it should be enough for average users to enjoy social media apps, web browsing, and media content. The device comes with a low-end-oriented Octa-Core chipset, a modest camera setup, and a huge 5,000mAh battery.

The Oppo A16 features a 6.5-inch IPS LCD screen with an HD+ resolution of 1,600 x 720 pixels resolution. The display panel offers a standard 60 Hz refresh rate, 71% NTSC color gamut, 480 nits brightness, an aspect ratio of 20:9, and a pixel density of 269PPI. Under the hood, the device boasts an Octa-Core MediaTek Helio G35 SoC. The phone runs with 3 GB of RAM and 32 GB of Internal Storage. For those unaware, the Helio G35 is an octa-core CPU that consists in eight ARM Cortex-A53 cores clocked at up to 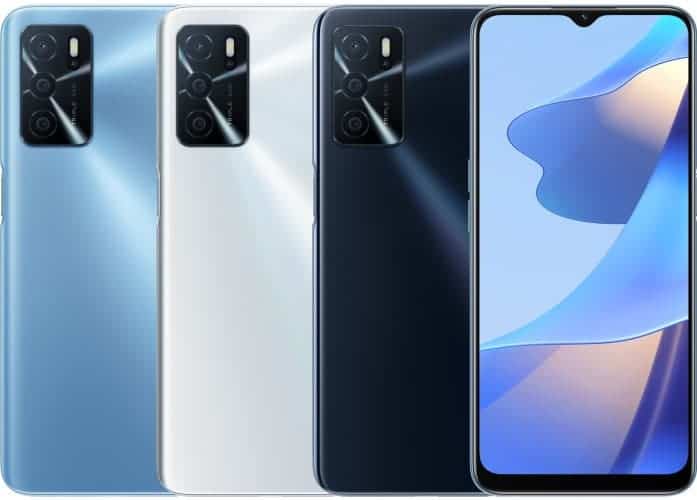 In terms of software, the device runs Android 11-based ColorOS 11.1. It also offers a side-mounted fingerprint scanner, which doubles as a power button. When it comes to optics, the smartphone packs a triple-camera setup. The module consists of a 13 MP primary main camera that has an f/2.2 aperture. The device also packs a 2 MP monochrome lens and a 2 MP macro camera. For selfies and video calls, the handset comes with an 8 MP camera with an f/2.0 aperture. In terms of connectivity, the Oppo A16 offers dual-SIM support, 4G VoLTE, Wi-Fi, Bluetooth 5.0, GPS, a 3.5 mm audio jack, and a USB Type-C port.

The device draws power from a 5,000mAh battery with 10 W fast-charging support. Slow charging probably is one of the major downsides in this battery. Anyway, we assume the device will still handle an entire day of usage. So you can let it charge overnight. Dimensions-wise the handset measures around 163.8 mm x 75.6 mm x 8.4 mm and weighs about 190 grams.

The Oppo A16 comes in a single variant with 3 GB of RAM and 32 GB of Internal Storage. The device costs around IDR 1,999,000 ($138) in Indonesia. The Oppo A16 can be purchased in Pearl Blue, Space Silver, and Crystal Black colorways.

For now, the device is available only in Indonesia. We can’t affirm if it will reach other countries in the future.

6 Amazing Street Photographers We Have Featured in 2021