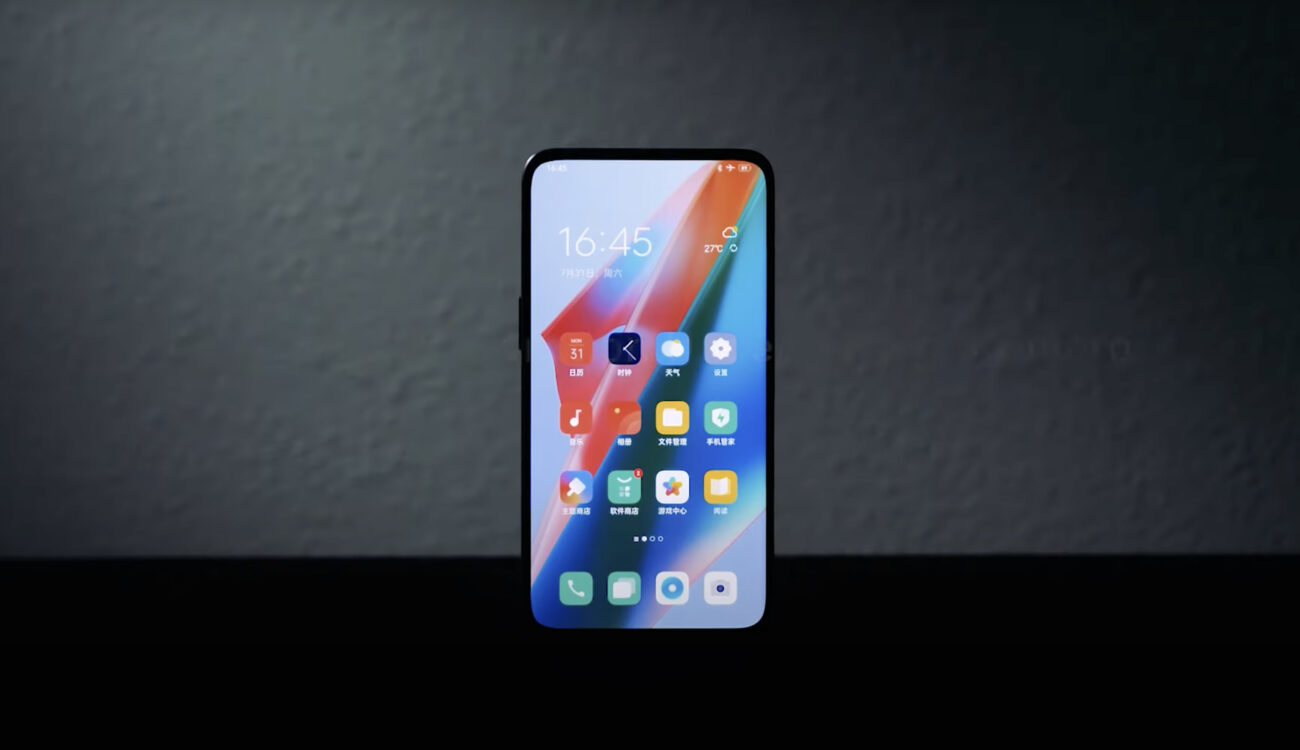 Chinese smartphone manufacturer Oppo recently unveiled their third-generation under-screen camera technology. The almost-invisible selfie camera should provide fairly good image quality without compromising on the sharpness of the display. This innovation seems promising since it resolves many of the technical and manufacturing issues related with under-screen cameras development. Let’s see how it works.

As customers keep demanding screens that fit the entire body of their smartphone, tech companies are faced with more and more challenges to respond to this specific need.

Under-screen camera technology seems promising in this regard since it allows to place an almost-invisible camera underneath the display, thus maximizing the size of the screen.

However, placing a camera underneath a surface poses many technical challenges. In fact, since the pixels of the OLED display obstruct much of the light path, they prevent part of the light to reach the camera sensor. This usually results in blurry images affected by glare.

However, Chinese tech company Oppo recently announced the development of their third-generation under-screen camera technology, which seems to largely improve image quality without sacrificing the resolution of the display. Let’s take a look.

In fact, when ZTE released their Axon 20 5G in 2020, it was the world’s first smartphone featuring an under-screen camera. In order to achieve this result though, they had to reduce the pixel density of the display right above the camera. This trick allows a larger amount of light to pass through, but it results in an annoying inconsistency of the screen’s resolution.

While previous generations of under-screen cameras used to lower the pixel density of the display right above the camera, Oppo claims that they managed to keep a consistent pixel density of 400 PPI on the entire screen.

This is made possibile by a new pixel geometry that shrinks the size of each pixel. Moreover, the use of a transparent, thinner wiring material maximizes the amount of light that reaches the camera.

Image quality: good, but not enough

If your curious to know how this under-screen camera performs, you can judge yourself. In fact, Oppo provided the sample image shown below.

In my opinion, the results are quite surprising. The image looks pretty natural overall, especially considering the limitations of this technology. However, it’s not perfect. If you look closely, some areas of the image show some weird colors.

We don’t know when Oppo is going to release a smartphone featuring this technology, but it might be pretty soon. In fact, they also showcased a picture of a prototype of a smartphone that uses an under-screen camera.

The sample image shows a black text on white background, a critical situation when it comes to display sharpness. From this preview, it’s pretty much impossible to spot the under-screen camera.

Would you purchase a smartphone with an under-screen camera? Were you aware of the existence of this technology before? Let us know in the comments below.