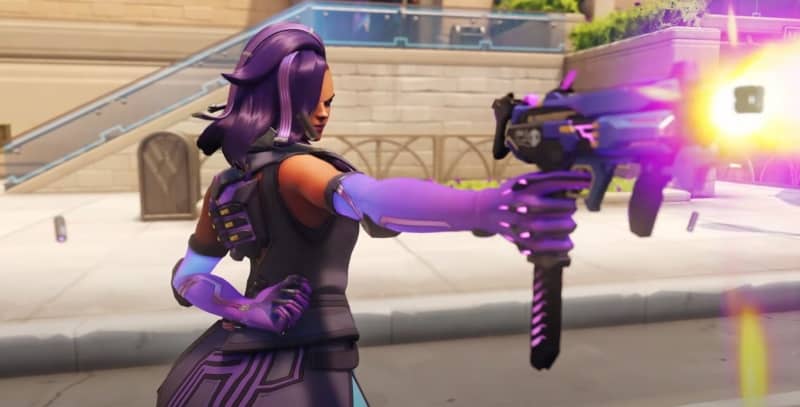 Whether you’re the person who’s excited about Overwatch 2 or simply couldn’t care, we’re getting more content and more details on the overall game. Starting with character reworks. Blizzard seem to be reworking a large majority of their characters, updating their appearances and giving them all new abilities.

The second to get a rework is none other than the master-hacker Sombra.

Original Sombra players will know that Sombra was a decent pick but she wasn’t amazing. Her weapon’s hectic spread meant she had an unreliable damage output. Her hacking was her greatest asset but even then, developers were clearly afraid to give her too much power with that. It seems now that in Overwatch 2, Sombra has seen less focus on crowd control and more dps.

Firstly, Sombra has been given a slight re-design. Although she looks very similar to her former design, she’s gotten a slightly wider color palette, with a few more blue accents. As opposed to the solid purple she used to be. She also features longer hair and a more cyberpunk aesthetic altogether. There’s been no mention or rework on Sombra’s teleporting, so we can assume that’ll remain the same as it did in the first Overwatch.

The Last of Us HBO show first look, release date