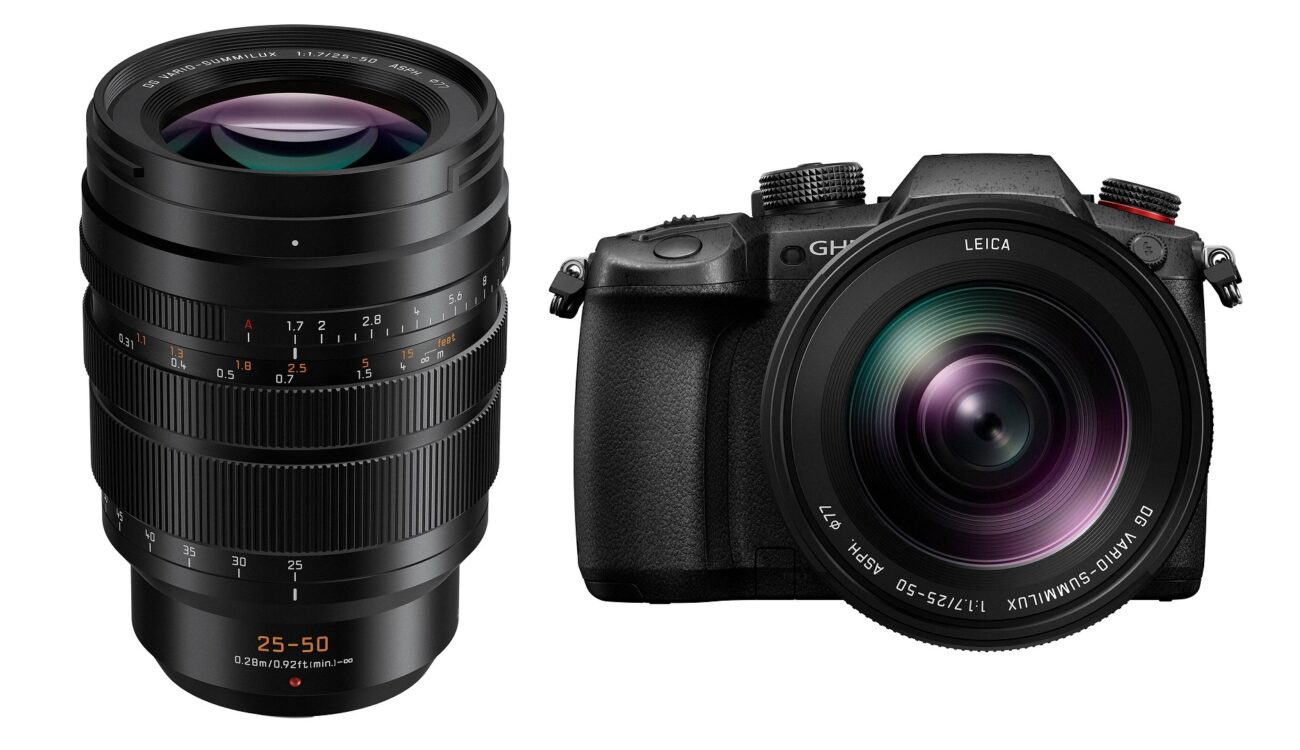 Panasonic Leica DG Vario-Summilux 25-50mm f/1.7 ASPH. Lens for Micro Four Thirds is now available for pre-order for $1,799. The lens offers the same constant aperture, shape, operability, and 77mm filter thread as the existing Leica 10-25mm f/1.7. It has a fast silent AF, an aperture ring that can be switched between linear and non-linear operation and it should offer high optical quality with minimum focus breathing.

Back in May 2021, when Panasonic announced the development of the new LUMIX GH6 Micro Four Thirds camera, the Japanese company also teased a new premium zoom lens to complement the existing 10-25mm f/1.7 lens. The full name of the teased lens is Panasonic Leica DG Vario-Summilux 25-50mm f/1.7 ASPH. Starting today, the lens can be pre-ordered and Panasonic also released further information about it, so let’s take a short look.

On top of the long full name of the lens, Panasonic’s product number is H-X2550. The zoom range between 25mm and 50mm gives this lens a full-frame equivalent focal length of 50-100mm. According to Panasonic, the lens performs well for both photo and video applications, not only because of the f/1.7 constant aperture.

Since the 10-25mm f/1.7 lens was introduced, Panasonic marketed it as an alternative to multiple fast prime lenses. The set of both lenses (10-25mm and 25-50mm f/1.7) should provide an alternative to eight fixed focal length lenses (20mm / 24mm / 28mm / 35mm / 50mm / 75mm / 85mm / 100mm, full-frame camera equivalent) according to Panasonic. Both lenses have a common aperture, shape, and operability which makes it easy to use them in a set. Both lenses also share the same 77mm front filter thread.

When it comes to optical structure, the lens comprises 16 elements in 11 groups. There is an aspherical lens and three Extra-low Dispersion (ED) lenses that effectively suppress the axial chromatic aberration and chromatic aberration of magnification. Spherical aberration and distortion are also corrected by the aspherical lenses. The optical structure results in a relatively compact size with a good optical performance. The optical design also achieves barycentric stability to minimize image shifts during zooming.

The lens offers high-speed and high-precision AF. The inner focus drive system achieves silent operation while the step-less aperture ring and micro-step drive system in the aperture control section help the camera to smoothly catch up to brightness changes when zooming or panning – the aperture is available between f/1.7 and f/16. The focus ring can be switched between linear and non-linear operations, so the lens is also suitable for use with follow focus. The Leica DG Vario-Summilux 25-50mm / F1.7 ASPH. also features a mechanism that suppresses focus breathing at the entire zoom range, which is very helpful when shooting video.

The minimum focusing distance of the lens is 0.28m at the wide end (0.31m at telephoto end) and the maximum magnification ratio is 0.42x (35mm camera equivalent) for macro photography. The body of the lens features a rugged dust/splash-resistant design and the lens should withstand use under harsh conditions down to -10°C.

Do you use the Leica 10-25mm f/1.7 lens for your work? What do you think of the upcoming 25-50mm f/1.7? Does it make sense for you to invest in Micro Four Thirds glass? Let us know in the comments section underneath the article.

Nintendo Switch 4K still coming for Breath of the Wild 2? Analyst weighs in