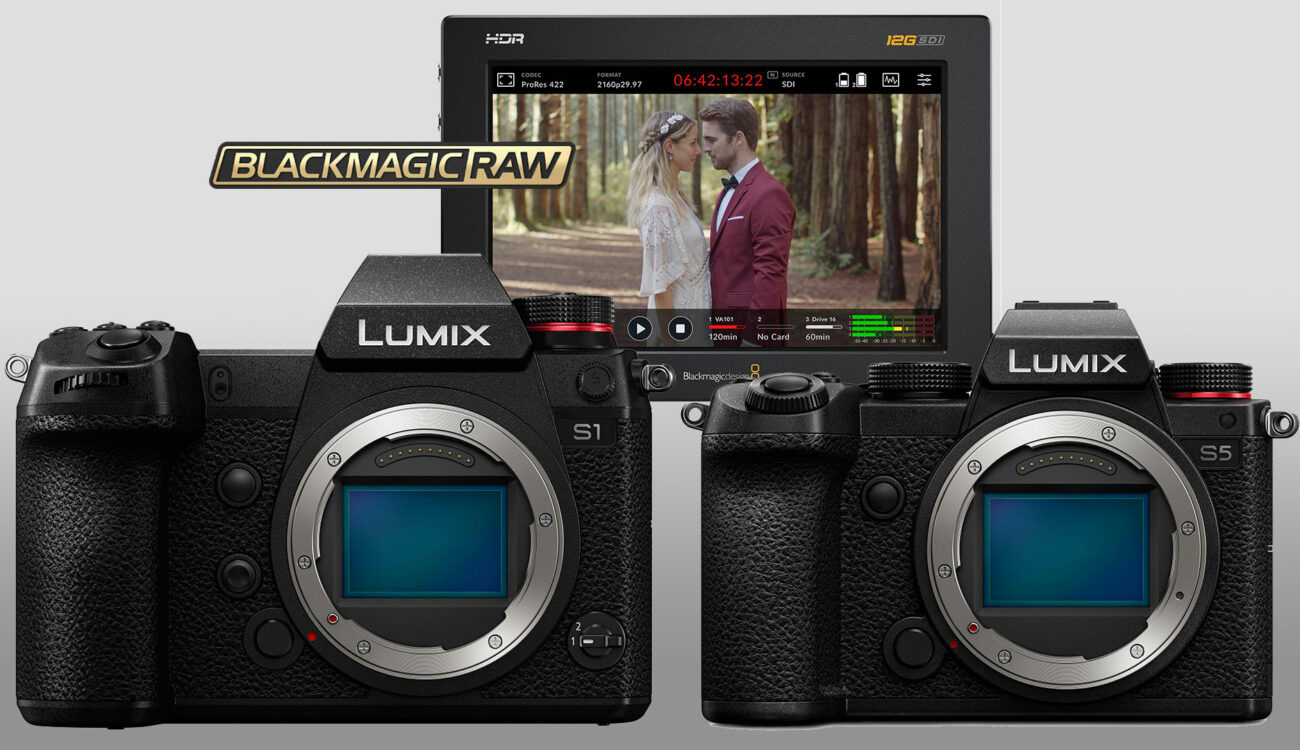 Back in March 2021, Panasonic announced significant firmware updates for all its LUMIX S cameras and the BGH1. Panasonic’s video flagship, LUMIX S1H, received the firmware v2.3 on March 31, 2021. Among other improvements, the camera received the ability to record Blackmagic RAW externally over HDMI when connected to the Blackmagic Video Assist 12G recorder.

Its more affordable sibling, the LUMIX S1, got the firmware v2.0 in April 2021 which unlocked numerous internal recording modes as well as external raw output over HDMI for ProRes RAW with the Atomos Ninja V. On a side note, if you want to know the difference between ProRes RAW and Blackmagic RAW, you can check out this article.

It was always very likely that Panasonic will enable other LUMIX S cameras to record Blackmagic RAW with the Video Assist 12G, but it was not clear when that was going to happen. Now we know: Panasonic announced that both LUMIX S1 and LUMIX S5 will get the external Blackmagic RAW recording capability with the upcoming firmware updates on July 12, 2021. Let’s take a look at the details.

Please keep in mind, that for the LUMIX S1 this new feature is available only with the Upgrade Software Key DMW-SFU2. Users who already have the DMW-SFU2 key, do not have to purchase it again. The camera only needs to be upgraded with the key once.

These new firmware updates are free of charge (provided you already upgraded the LUMIX S1 with the DMW-SFU2 key). As always, they can be downloaded from the Panasonic LUMIX Support Webpage after the official release on July 12, 2021, at 9:00 pm EDT. As an owner of the LUMIX S1 and the Video Assist 12G 5″ and as a person who does 100% of post-production work in DaVinci Resolve, I much appreciate this new update.

Do you work with the Blackmagic RAW video format? What do you think of the LUMIX S cameras getting this option? Let us know in the comments section underneath the article.