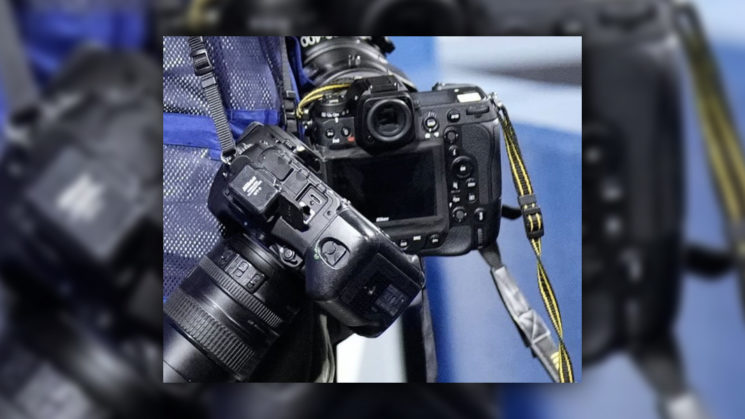 There might not have been any mirrorless cameras shown off in the behind the scenes tour of the NPS vault at the Tokyo Olympics (Nikon has since clarified that it does contain Nikon Z6 II and Z7 II bodies), but there has been a new one spotted out shooting actual events. Photos were posted to Twitter (and then deleted) by Photolari, and judging from the design, it can’t be anything but the Nikon Z9.

Fortunately, the folks at DC-Info saved the images and shared them before the tweet was deleted. The images show only the rear of the camera, but given the layout, it’s obviously one with a built-in vertical grip. Given that Nikon has yet to release a mirrorless camera with a built-in vertical grip and it’s definitely not a Nikon D6, that really only leaves one option. 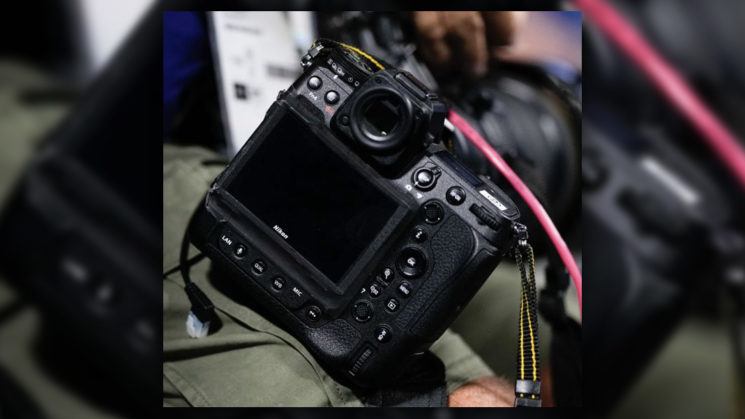 It looks like a pretty decent layout, similar to the Nikon Z7 II, but with that extra joystick & AF-ON button for vertical shooting and the extra row of buttons along the bottom. While we can’t fully see the LCD, the tape surrounding it suggests that it’s probably not fixed, as it is on the Nikon D6. Knowing Nikon, it probably won’t be a flippy out LCD (and it doesn’t look like there’s room for a hinge on the left anyway), so it’s more than likely a tilting screen similar to that found on the Nikon Z7 II.

The Nikon Z9 is expected to be released before the end of the year, and Nikon hasn’t really released a lot of information on the camera yet, although there have been plenty of rumours when it comes to the various specs.

Exactly how all of these rumours will pan out remains to be seen, but at least now we have a rough idea of how it’ll look. At least from behind.

LG, Sonos, Nura and more get put to the test