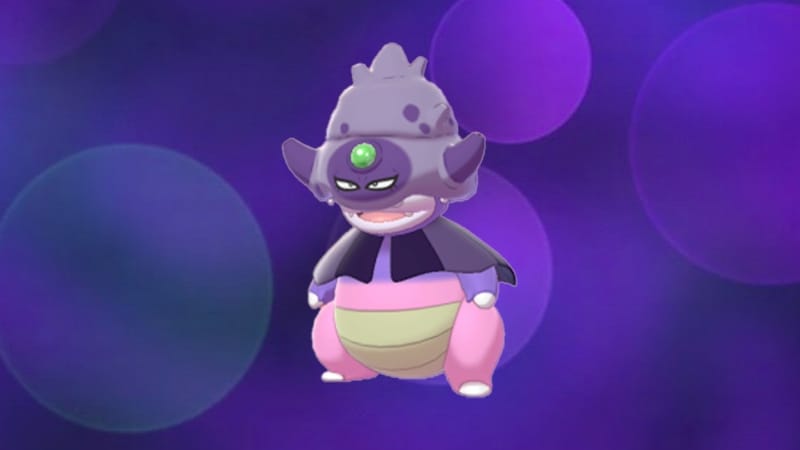 If you’re like me, then the Slowbor evolutionary line is just upsetting to look at. I mean I could be wrong, but I feel there’s something off-putting about my beloved Slowbro being either eaten or encompassed by some random Shelder. To make this evolutionary line worse, comes Galarian Slowking. Who are we going to kid, that ain’t your Slowbro anymore, that’s a parasitic shell controlling the husk of your Slowking.

That being said… Galarian Slowking is coming to Pokémon Go. Neat!

The Half-Life zombie reminiscent Pokémon was announced to be added to the game by the official Pokémon Go account on twitter.

How to get a Galarian Slowking

As of now, how to get yourself one is a little scarce on detail. There will likely be a research task or event for players to get their hands on one, but you’ll also be able to evolve your Galarian Slowbro into one.

Luckily, we’ll be able to encounter more Galarian Slowbros as they will be taking over the tier 1 raids. So you’ll be able catch yourselves some strong ones and then evolve it naturally into a Galarian Slowking with 100 candies and a King’s Crown.

The best moves for Slowking (Galarian) are Confusion and Future Sight when attacking Pokémon in Gyms. This move combination has the highest total DPS and is also the best moveset for PVP battles.

Galarian Slowking is a Poison/Psychic type Pokémon. Slowking is quite strong, having few vulnerabilities, but it’s not resistant to all too much.

It is vulnerable to Ground, Ghost and Dark.

It is resistant to Poison, Grass, Fairy and Fighting.