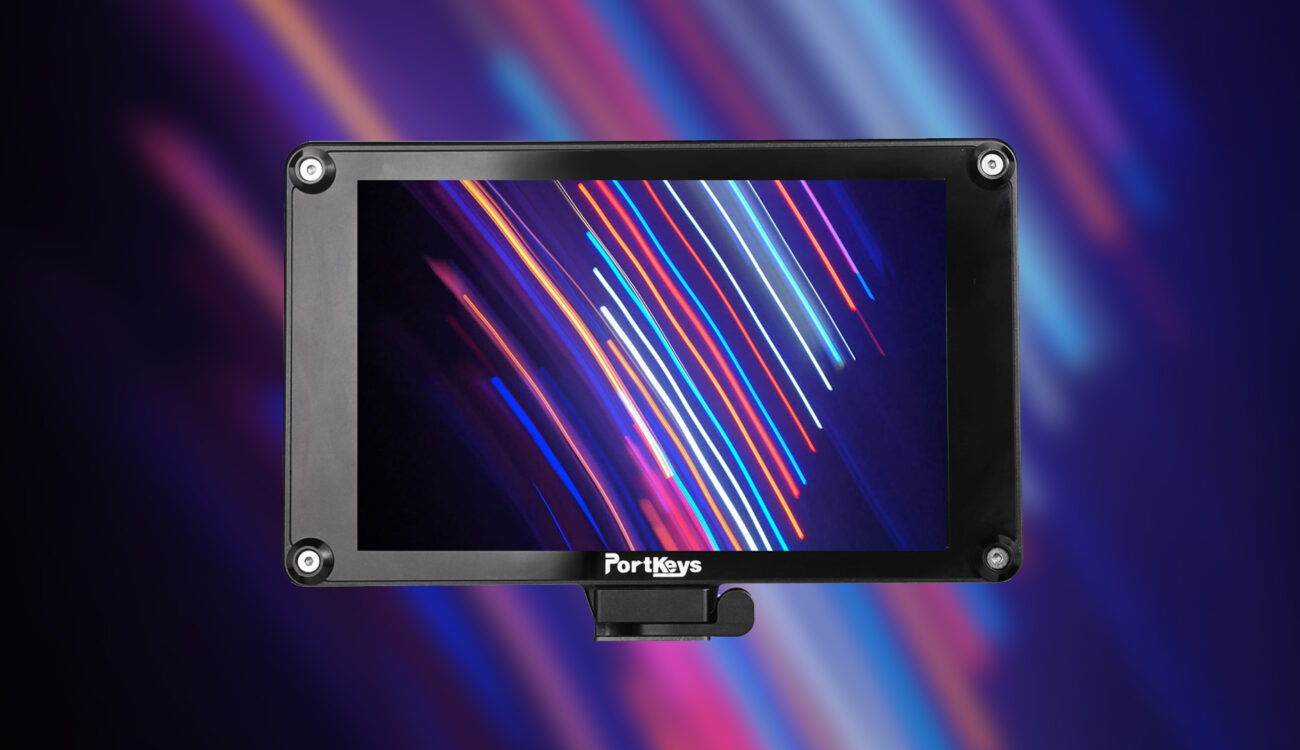 PortKeys recently released a Metal Edition of their HS7T monitor. This upgraded version features a 7-inch 1920×1080 display with a peak brightness of 1200 nits, an all-aluminum construction, a new peaking algorithm, and a plate on the back to host a wireless video transmission system. The monitor is now available for $399.

One of the things I love the most about my PortKeys BM5 is its build quality. The aluminum alloy makes the monitor sturdy and reliable. Moreover, it is packed with professional features that come at an astonishing, affordable price.

However, the 5-inch display of the BM5 is a little too small sometimes, especially for focusing or precise monitoring tasks. There’s some good news though since PortKeys is now improving their 7-inch monitor lineup by introducing a Metal Edition of their already-existing HS7T monitor. Let’s take a look at the improvements.

The biggest improvement over the old plastic version is, of course, build quality. In fact, the new PortKeys HS7T Metal Edition features an all-aluminum alloy, which makes the monitor stronger and more durable. Furthermore, this metal construction also helps with heat dissipation.

Another great addition is on the backside of the monitor. In fact, the new design includes a plate on the back of the screen to comfortably host a wireless video transmission system.

Moreover, a NATO-type clamp has been added to the bottom, which provides better flexibility when rigging the monitor. The NATO clamp also allows the screen to be attached to a handheld bracket: a great option for a run and gun director’s monitor setup. Four 1/4”-20 threaded holes on the body provide even more mounting options.

The great thing about the BM5 and HS7T is that they are equipped with both HDMI and SDI inputs and outputs. 4K video signals up to 30fps and FullHD up to 60fps are supported over the HDMI, while the SDI connections only support 1080p signals up to 60fps.

All the professional tools that you might need to monitor your image are still available, including support of 3D LUTs as well as Histogram, Zebra, False Color, De-Squeeze, and Zooming functions. Moreover, PortKeys claims that a new peaking algorithm will make focus pulling easier with this monitor, even though they do not thoroughly explain how.

The HS7T can be powered by two hot-swappable Sony L-Series batteries or via the 4-pin LEMO input (DC 7.4~24V). Moreover, the monitor can supply power for any wireless video transmission system attached to the back: a helpful feature when trying to keep the monitor setup clean and compact.

What do you think about this upgrade of the PortKeys HS7T monitor? Share your experience with PortKeys products in the comments below.

Google Tensor: One of the big mysteries behind Pixel 6 SoC may have been solved