UNO Family Card Game, with 112 Cards in a Sturdy Storage Tin, Travel-Friendly, Makes a Great Gift for 7 Year Olds and Up [Amazon Exclusive] 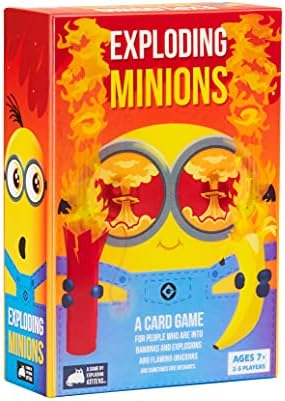 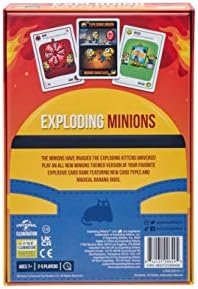 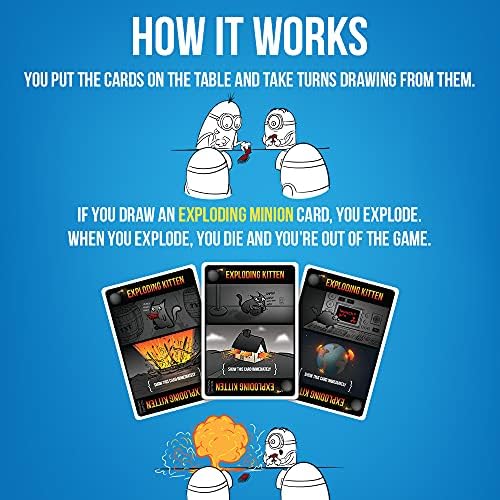 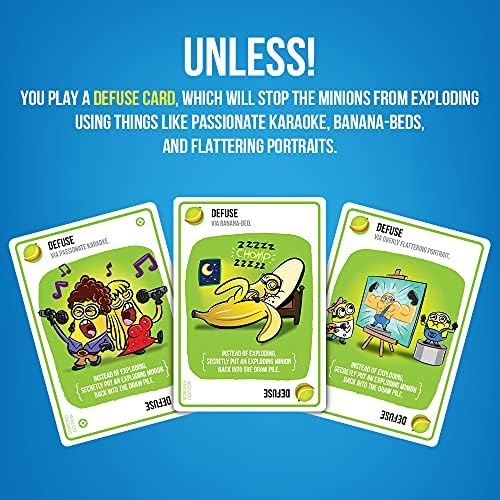 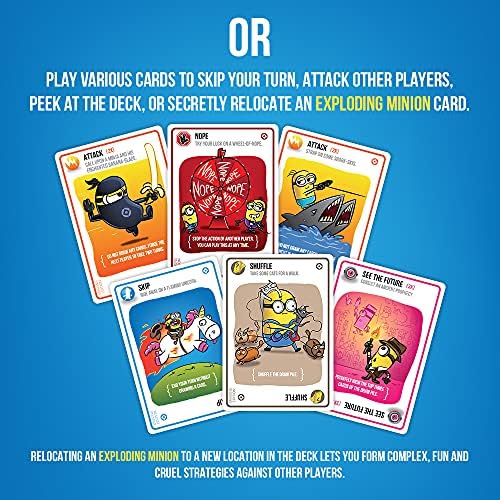 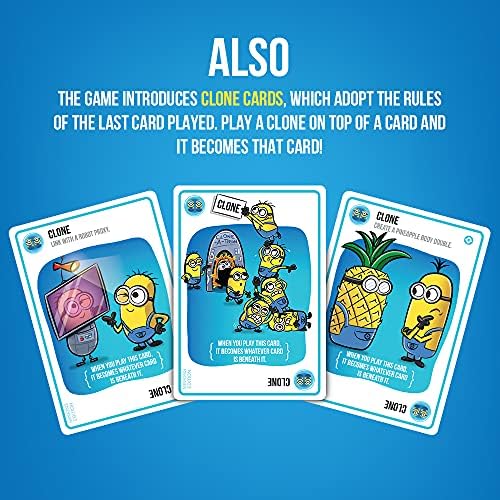 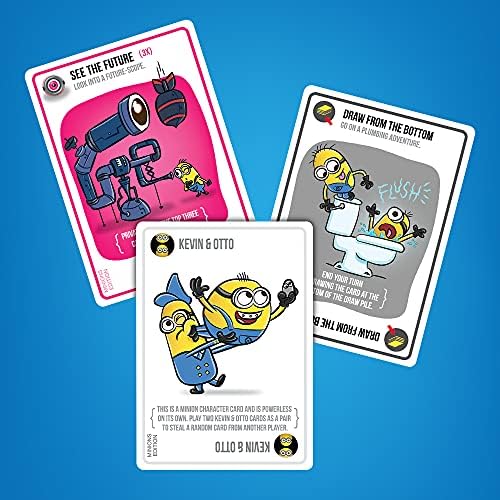 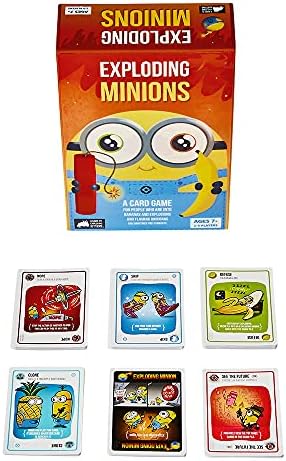 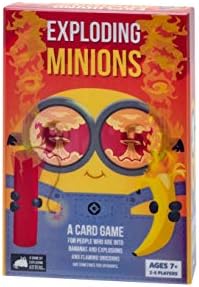 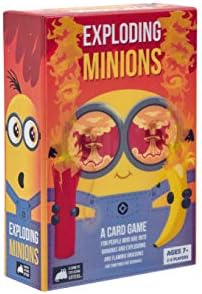 The Minions have invaded the Exploding Kittens Universe! Play the Minions-themed version of the award-winning card game, featuring new cards, illustrations, and banana-fueled hilarity.
Created by Game Of The Year Award Winner, Exploding Kittens – The hit game that sold over 10 million copies worldwide, breaking records in kids games, adult games, and everything in between.
New Cards and Gameplay – The Minions bring a new game-changing card with them that allows players to Clone cards!
Easy to Learn and Quick to Play – If you draw an Exploding Minion, you explode and are out of the game. If you don’t explode, YOU WIN. A simple card game for kids, teens and adults! It’s the game you’ll want for any gathering: game night, beach trip, or road trip.
15 Minutes to Play, 2-5 Players, Ages 7+ – Comes with a cool lenticular box and 72 cards, featuring all new hilarious Minions illustrations from the creator of The Oatmeal.