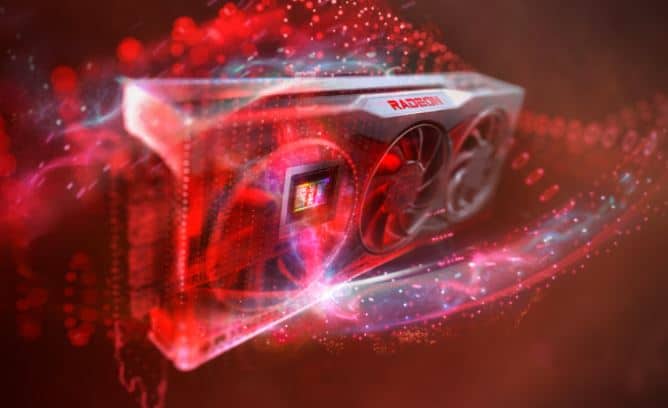 Known leaker Greymon55 has come out with some new information suggesting that the Navi 33 will actually come with 4096 cores, rather than the previously estimated 5120 cores, which perhaps makes more sense, given the flagship GPU of the previous series, the Navi 21, came with 5120 itself. Read below for a summary of the latest specification estimates for the RX 7000 series of GPUs.

The AMD Radeon RX 7000 series of graphics cards is expected to be a mix of old and new architecture. The three big hitters of the graphics card range, which will use Navi 31, Navi 32, and Navi 33 GPUs, will utilize the new RDNA 3 architecture, whereas the less powerful entries will use the same RDNA 2 architecture as the RX 6000 series, except that this will be a ‘refreshed’ version using 6nm process size instead of the 7nm process of the previous generation.

A summary of the recent predictions by leaker Greymon55, as compiled by 3DCenter, well known for their GPU price and availability data, can be seen in the tweet below. This handy graphic gives a good explanatory overview and quotes the current estimated MSRPs for each graphics card as well as the possible model names for each GPU.

Eagle-eyed observers have noted that Greymon55, a big leaker, has changed their bio to reflect his current latest estimates for the core count of the big three RX 7000 series graphics cards, something which kopite7kimi has backed up to a degree.

GPU & Motherboard prices could rise due to CCL shortages