Back in the last year, Vivo’s Android 11-based OriginOS introduced a very neat feature dubbed virtual RAM. The term is well known in computing circles. It basically takes a portion of internal storage and uses it for certain tasks in order to bring relief to the physical RAM. In smartphones, the concept isn’t much different and has since its first iteration became a trend for smartphone companies. Since the beginning of the year, we’ve been seeing many companies jumping this bandwagon and introducing the feature in their respective Android skins. Realme is among them and is progressively introducing its own take on the feature dubbed Dynamic RAM (DRE) feature. The latest device getting this feature is the Realme 8.

Despite the fancy new name, Realme’s Dynamic RAM Expansion essentially allows you to expand your smartphone’s RAM virtually. It takes a portion of your internal storage just like other implementations. The first smartphone to get this feature was the Realme Narzo 30 5G, but the original Realme 8 5G which is what the Narzo 30 5G is based on, didn’t bring this feature. The feature eventually reached the Realme 8 5G and the Realme X7 Max 5G which is an Indian Realme GT Neo. 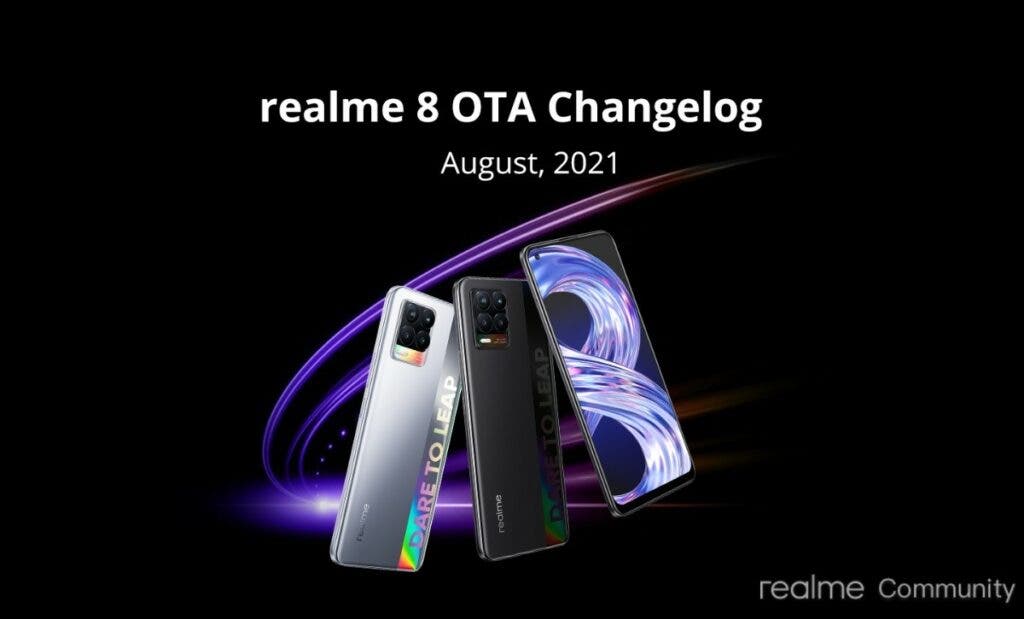 Realme 8 is the latest device getting Dynamic RAM Expansion

The feature becomes available in the Settings >> About phone >> RAM menu. The Realme X7 Max 5G is basically a cost-effective flagship, users can add up to 3 GB, 5 GB, or 7 GB of RAm. The feature is limited on the Realme 8 where the 7 GB option becomes a starting 2 GB option. The same is available with the Realme Narzo 30 5G and Realme 8 5G. The reason is that the X7 Max 5G has higher storage options than any other device in the mid-range trio.

Now that the Realme 8 is getting the new Dynamic RAM Extension, the Realme 8 Pro is the only device that is yet to get the feature. According to a Realme official that talked with GSMArena, the company will roll out DRE support for the Realme 8 Pro soon. However, they can’t provide a time frame right now.

In addition to the new Virtual RAM, the new update brings some optimizations for the Realme 8. It bags RMX3085_11.A.19 and fixes certain issues in the firmware. Last but not least, it adds July 2021 security patch to the smartphone. According to the company, the rollout will roll out to a few users in India right now. If no critical bug appears in the coming days, then the company will expand the update to more regions.