Realme Pad in for review


Realme makes tablets now, and the Realme Pad is its first attempt. And for a first try it is quite promising. Despite its aggressive pricing it’s looking quite good and the internals aren’t bad either.

Let’s start by opening the retail package. It contains the tablet itself, a USB cable and an 18W charger. 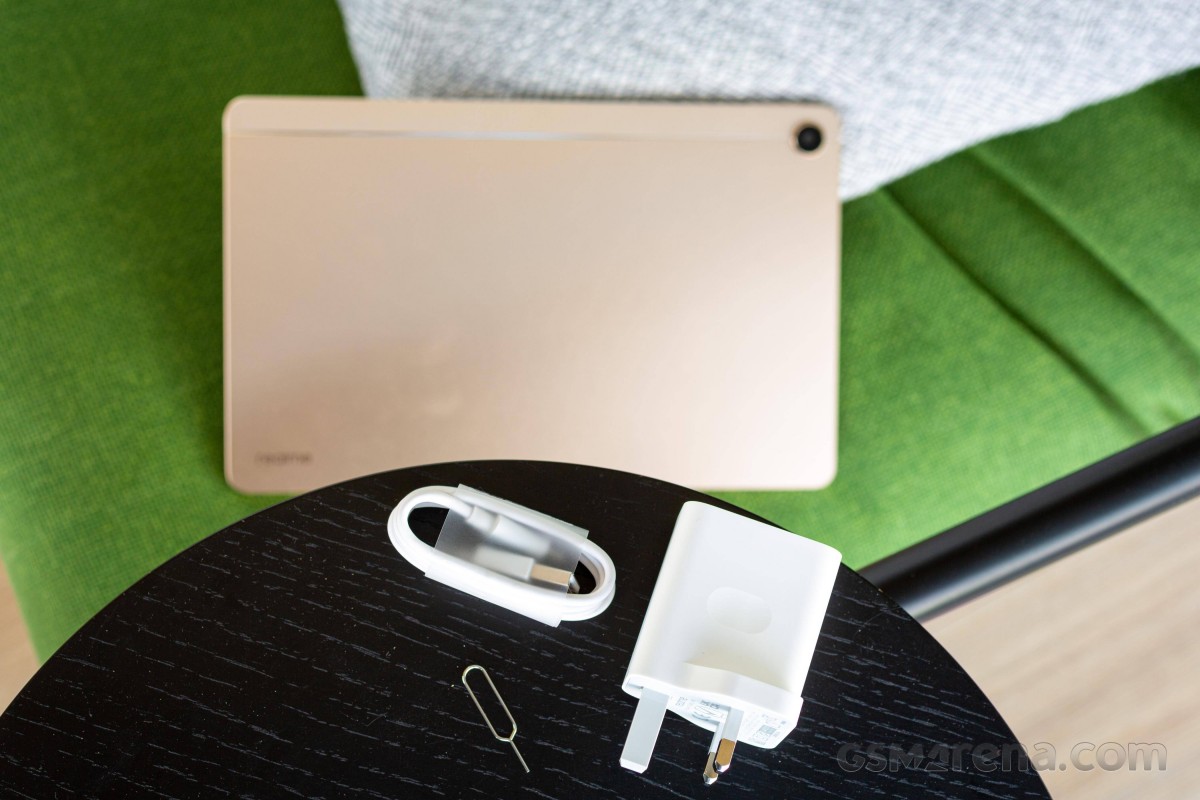 The Realme Pad has a simple, clean design. Its front is all glass while its rear is all metal. Ours is the Real Gold model and it feels nicely made. It’s very light in the hand and smaller than its 10.4-inch display would have you believe. 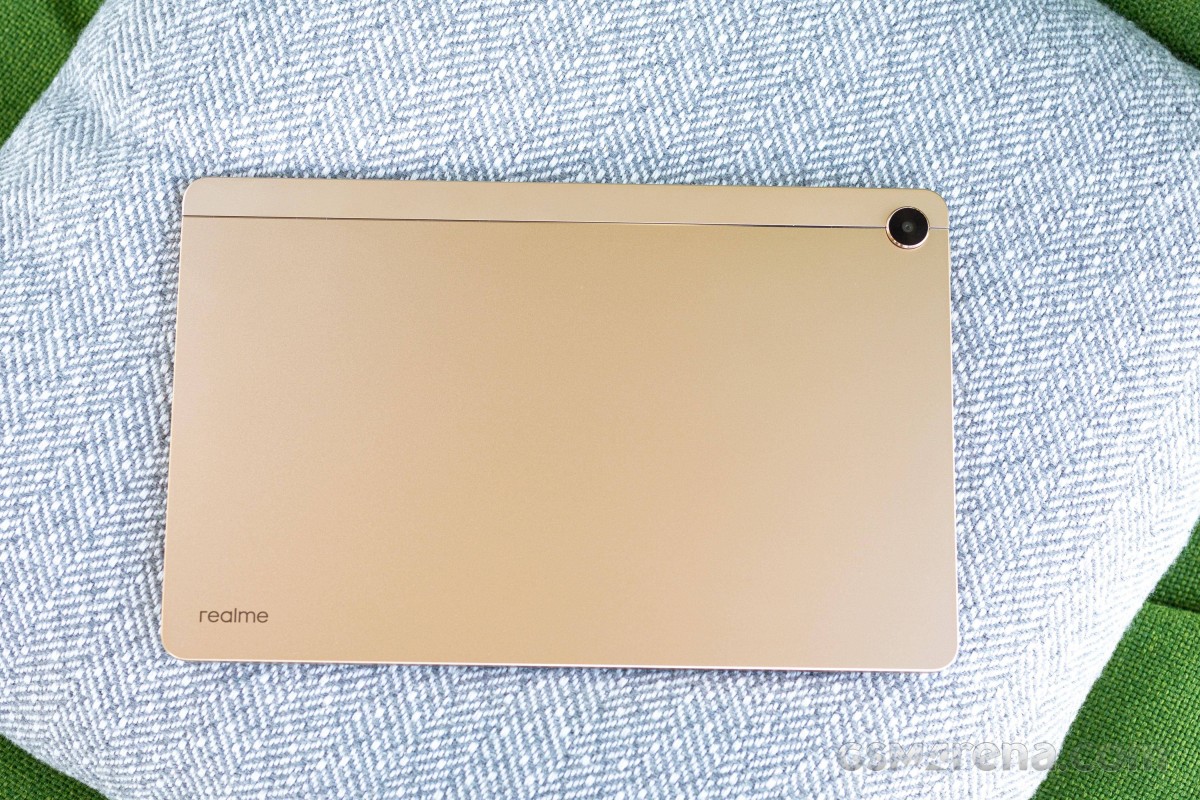 The display brings 224 ppi courtesy of its 1200x2000px resolution. It gets bright enough and has a good balance of contrast, vividness and viewing angles. It has a few clever modes for different scenarios – Reading Mode tries to mimic a book so as to not strain your eyes while you’re rading. Dark mode converts the UI to near black, while Night Mode can dim the display to 2 nits. Sunlight Mode does the opposite and can crank up the brightness to its maximum in bright conditions. 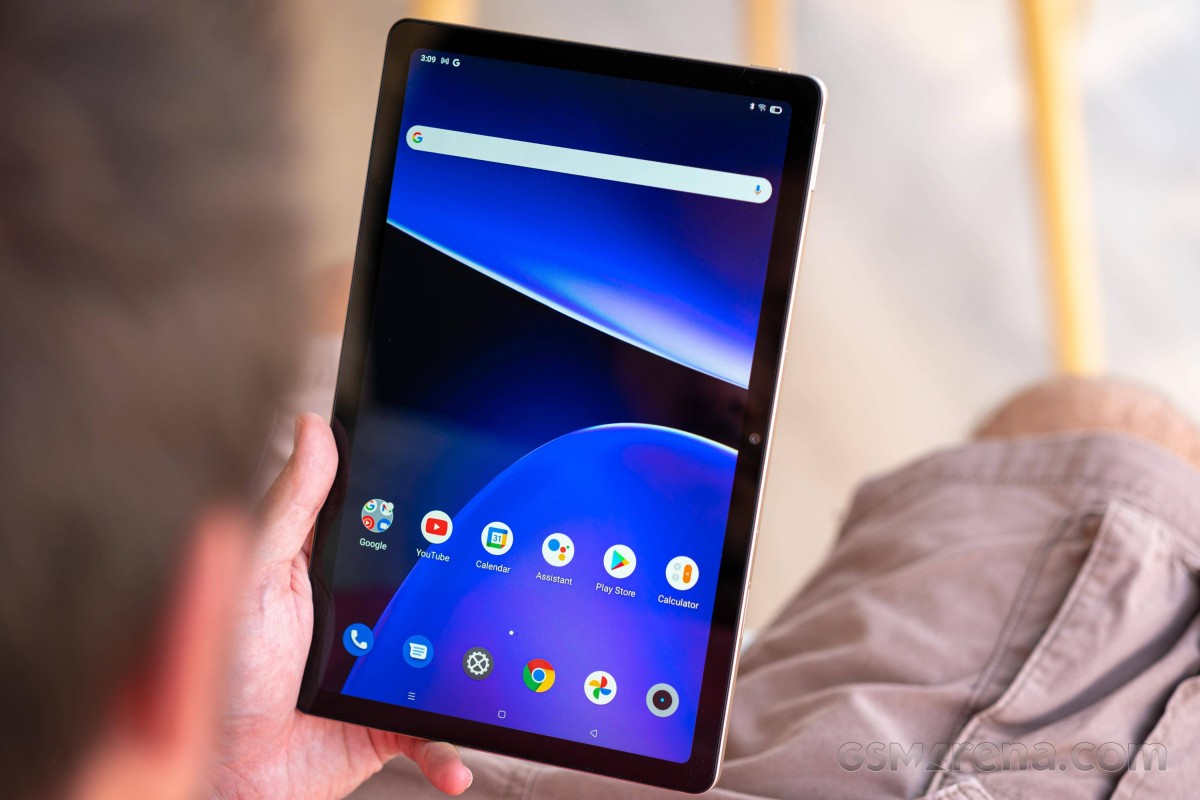 Realme has branded the Pad’s OS as realme UI for Pad – it’s based on Android 11 and offers clutter-free and responsive experience. There’s Multi-window mode so you can use two apps side by side.

Certain apps take advantage of the bigger display – Chrome offers tabs for quick jumping between websites. But other places of the UI haven’t been optimized, like the single-paned Settings menu. 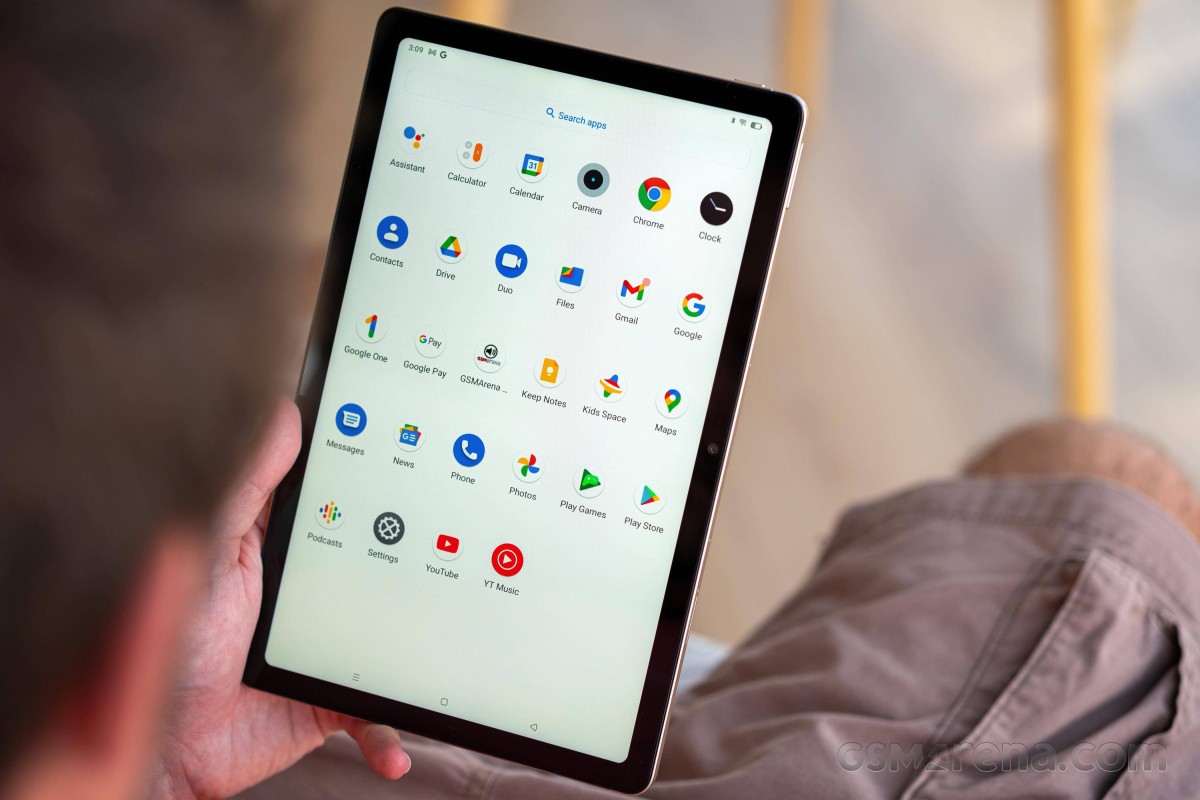 The Realme Pad has a potent 7,100mAh battery, which Realme rates for up to 12 hours of YouTube or 15 hours of reading. It’ll top up at 18W, which is not the fastest, but seeing how tablets rarely leave the confines of people’s homes it’s not a big deal.

There are also four speakers on the Realme Pad, certified for Dolby Atmos and Hi-res Audio.

To complete the specs tally there’s a 12nm Helio G80 running at up to 2.0GHz, up to 4GB of RAM and two 8MP cameras on either side of the tablet. 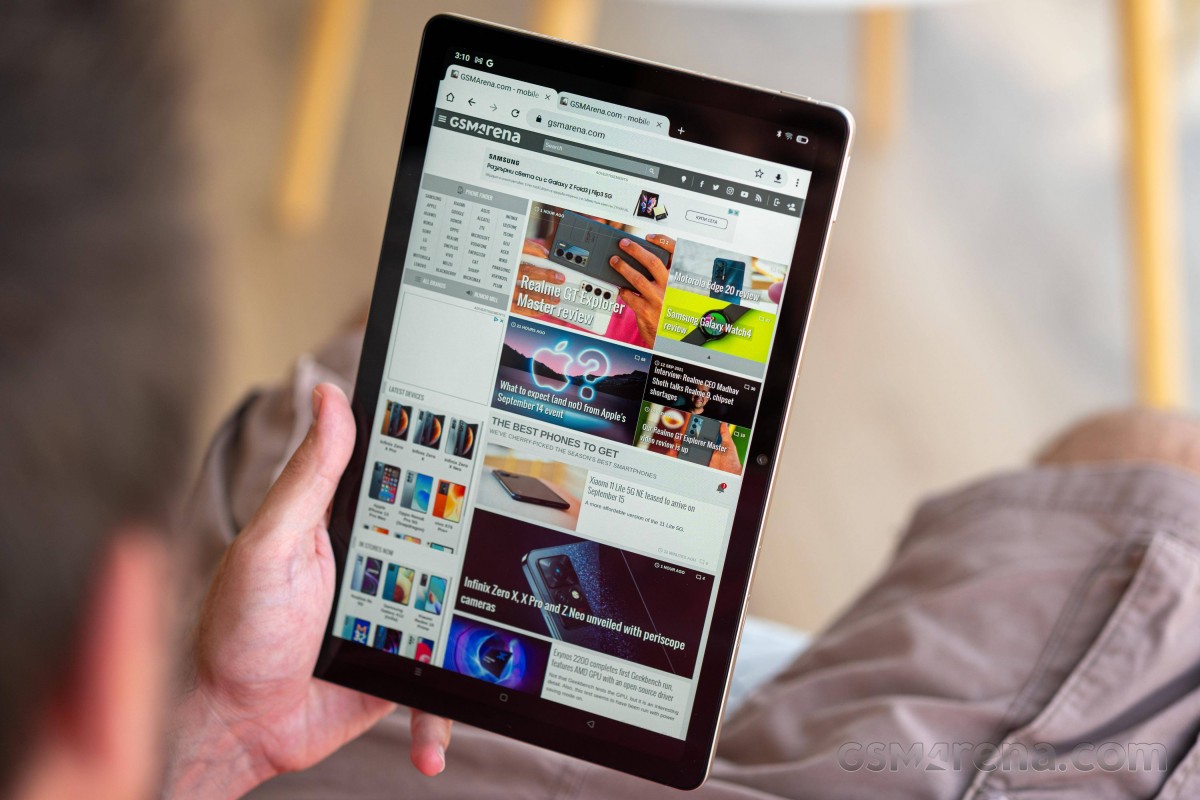 We’ve just started our review of the Realme Pad so stay tuned!