Realme Pad to be powered by MediaTek Helio G80


Realme Pad, the maker’s first entry into the tablet space will be powered by a 12nm octa-core MediaTek Helio G80 chipset, as revealed by Geekbench.

The benchmark also shows the software is Android 11, as expected, and that the Realme Pad will start with 4GB of RAM, although we expect a 6GB model as well. 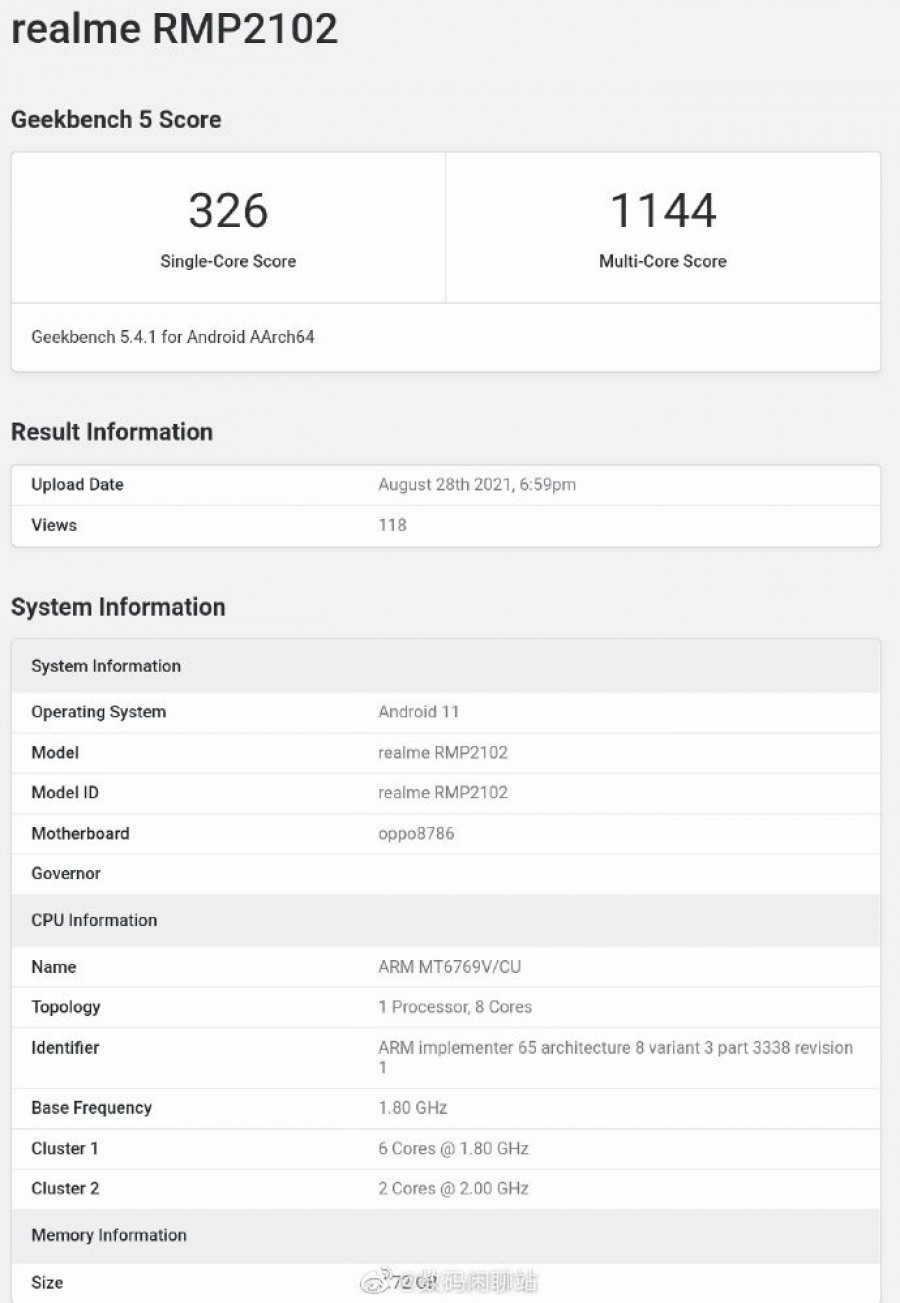 There will be a 7,100mAh battery, 64GB of storage, possibly expandable, and even a stylus, housed in the body of the tablet.

Rumor has it Realme will announce the Pad on September 9 and the price is rumored to be around INR 20,000.