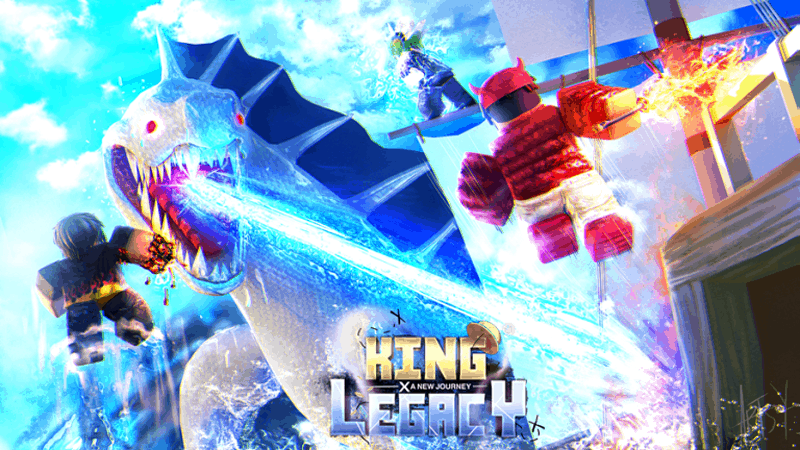 Roblox is fascinating. Every so often it’ll show up and I’ll be absolutely floored by what’s been achieved within it. This King Legacy (previously King Piece) is a One Piece homage that features role-playing and action mechanics as you complete quests, take on various enemies on the different islands and take part in PVP.

It is honestly incredible that this just exists under the noses of those not keeping up with Roblox and its ever-expanding repertoire of games, but here it is, a One Piece game that people have probably wanted their entire lives under a different guise.

When I say homage, I mean that it’s a direct rip off with iconic characters and things from the series, like Zoro, Luffy and Devil Fruits all included.

If you want to play King Legacy, you’ll need to go to their page and launch the game on Roblox. The game seems hugely popular, so you won’t struggle to get into any PVP fights or be at a loss for people to play with. Roblox is available on PC, iOS and Android and continues to make millions of dollars every single month.

Yes, I feel old and out of touch, but isn’t it great that kids get this bounty of cool, free and homemade games that are just available in the other game they like? I think it’s great and hopefully, some of these get picked up by larger companies to be turned into their own thing.

The game is filled with codes for you to redeem to get an edge against the competition, including free cash, gems and stat resets for your character.

The cancelled Pokemon-style Diablo Jr. - should it be resurrected?