Samsung is doing a very good job this year when it comes to updating its smartphones. The company started Android 11-based One UI 3.0 rollout last year with its flagships, no surprises here. After completing the rollout for premium smartphones, the company moved onto the mid-range series. The devices that camera last year were the first to receive the new update treatment. Now, the big surprise is that the company is bringing Android 11 and the most recent One UI 3.1 skin even to smartphones released in 2019 with Android 9 Pie. Today, the Samsung Galaxy A20 is joining the list of smartphones running One UI 3 and Android 11.

We’ve got used to seeing “two years of Android updates” promises with Android flagships. This has started with Google and Android One program. Some companies started to follow this strategy with their flagships. However, we never expect this to be happening with smartphones running custom Android skins and from Samsung, in particular. The reason? In the days of Touchwiz seeing the company rolling updates for mid-range smartphones was something unusual. Now, the brand is bringing recent Android updates not only for mid-range smartphones but for devices launched two years ago. It’s shocking to see Samsung offering this level of support now. 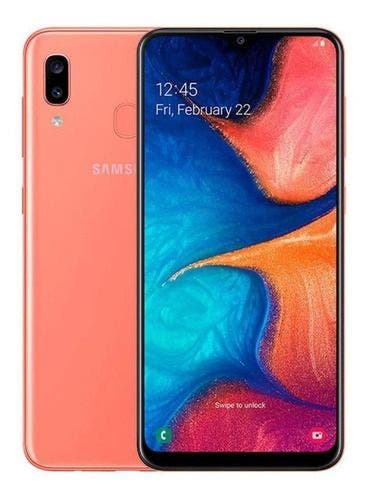 Galaxy A20 is receiving its second major Android update

The Galaxy A20 was launched way back in 2019 running Android 9 Pie. The device received One UI 2.0 update last year with Android 11 and now it’s getting its second major OS upgrade in the form of one Android 11-based One UI 3. The new update is rolling out in India and Russia bearing firmware versions A205FXXUACUF3 and A205FNPUUACUF1 respectively. Currently, it’s not known whether the update brings One UI 3.0 or One UI 3.1. However, we have a good reason to believe that it’s the latter, since another 2019 device, the Galaxy Tab Active Pro is getting the update with One UI 3.1. Aside from new UI changes, the update includes all Android 11 goodies such as chat bubbles, AOD improvements, security features, and Control Panel improvements.

The new OTA update also introduces June 2021 security patches. So besides the new Android update, the device is now also running the latest Android security patch from Google. Although the update is rolling out only in these regions, we expect Samsung to bring it to more in the coming days. You can try to force check the update heading to Settings >> Software Updates menu. With Android 11 on board, we can say that the Galaxy A20 has pretty much reached the end of its support.

Modem vs Router vs Modem Router Combo (Best for Gaming?)