Samsung Galaxy A21 Simple SCV49 unveiled in Japan, a simple but durable phone


Samsung quietly launched the Galaxy A21 Simple SCV49 in Japan, available through carriers au, NTT DoCoMo, UQmobile and J:COM. As the name suggests, this phone was designed to be simple to use and is aimed at older users.

There’s a lanyard eyelet on the device, something we haven’t seen in years, but is a good way to prevent accidental drops. The phone is also IP68/IPX5 rated, so it is dust, water and water jet resistant.

The Osaifu-Keitai mobile payment system is supported, which simplifies paying at the store and for public transport.

The UI is set up with big, easy to see icons and keeps the most frequently used features just a few taps away. The customized launcher runs on top of Android 11. 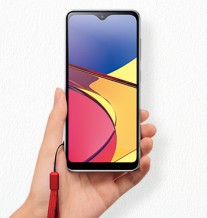 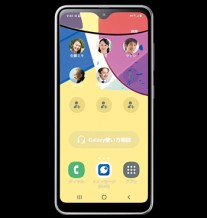 This phone comes equipped with 3 GB of RAM and 64 GB storage, which can be expanded through the microSD slot. The FM radio receiver, which works through the 3.5 mm headphone jack, provides additional entertainment.

The phone has a small 5.8” display with 720p+ resolution (19.5:9 aspect ratio), it appears to be a basic LCD panel. There’s no fingerprint reader on board, so the only biometric lock is face recognition using the 5 MP camera on the front. The rear camera has a 13 MP sensor and can record 1080p video. 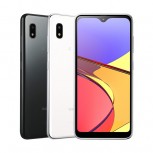 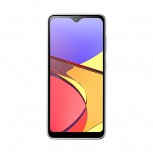 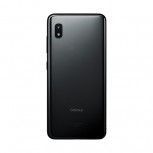 Samsung Galaxy A21 Simple SCV49 in Black and White

The A21 is powered by a 3,600 mAh battery, which can last over 24 hours of continuous talk time. Charging is slow, taking around 2 hours depending on what charger you have (there isn’t one in the box).

We should note that this is a different device and should not be confused with the Galaxy A21 or A21s, both of which have weaker chipsets but better cameras and bigger batteries (and are available outside of Japan too).