Samsung Galaxy A22 India price has been revealed. Offline retail sources have leaked these details. The phone is set to go up for sale through retail stores in the country, per 91mobiles. This shred of information has surfaced ahead of an official announcement.

Both 4G, as well as, the 5G version of the Galaxy A22 has already been released in Europe. The South Korean handset maker is now bringing the 4G-enabled version to India. Although the company has kept details Galaxy A22 4G India price and launch under wraps, a leaked image has revealed some key details about the upcoming handset.

Aside from divulging details about the price tag the Galaxy A22 will be carrying in India, the official poster hints at a slew of impressive specifications. The Galaxy A22 will sport a 6.4-inch HD+ sAMOLED display that offers a refresh rate of 90Hz.

Under the hood, the Galaxy A22 packs a powerful MediaTek Helio G80 chipset. It comes with 6GB of RAM and a hefty 128GB of onboard storage capacity. Moreover, the phone will run Android 11 OS-based One UI 3.1, out of the box. 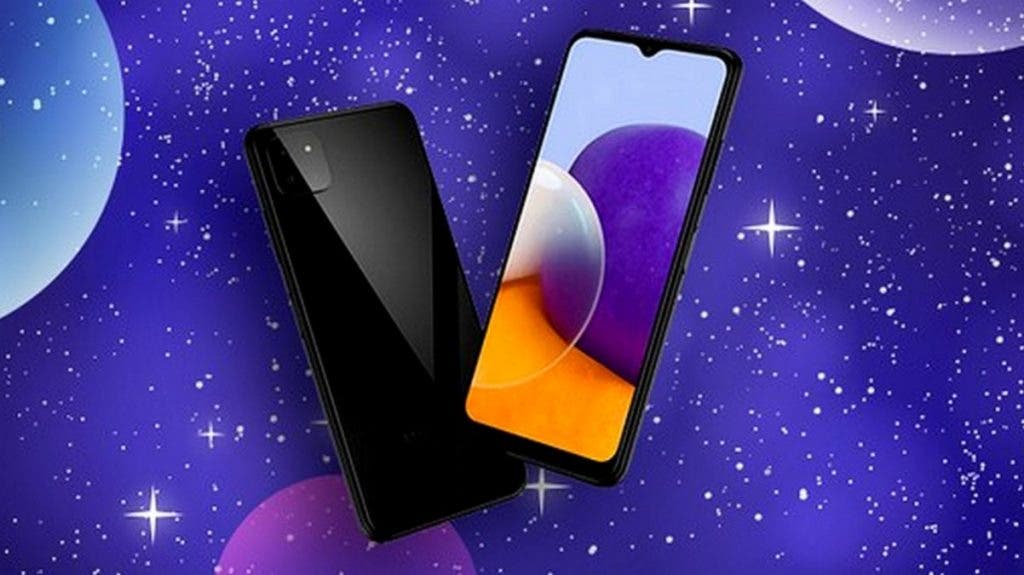 On the photography front, the Galaxy A22 houses a square-shaped camera setup at the back. The rear-mounted quad-camera module includes a 48MP main camera with OIS (optical image stabilization) support, an 8MP ultra-wide-angle camera, and two 2MP cameras for macro photography and depth sensing.

Upfront, the phone houses a 13MP camera for selfies and video calling. Aside from that, it boasts a slew of other notable features such as a fingerprint scanner on the side, GPS, Bluetooth, Wi-Fi, and 4G LTE. The phone draws its juices from a robust 5,000mAh battery. This battery supports 15W fast charging.

Samsung Galaxy A22 Price And Availability In India

The base model of the Galaxy A22 that ships with 6GB RAM + 128GB ROM, will set you back INR18,499 (about $250/€210) in India. While details about launch offers are still scarce, the leaked promotional poster hints at unmissable deals including the Samsung Care package, which offers Samsung Care+, Samsung Finance+, and free home delivery. 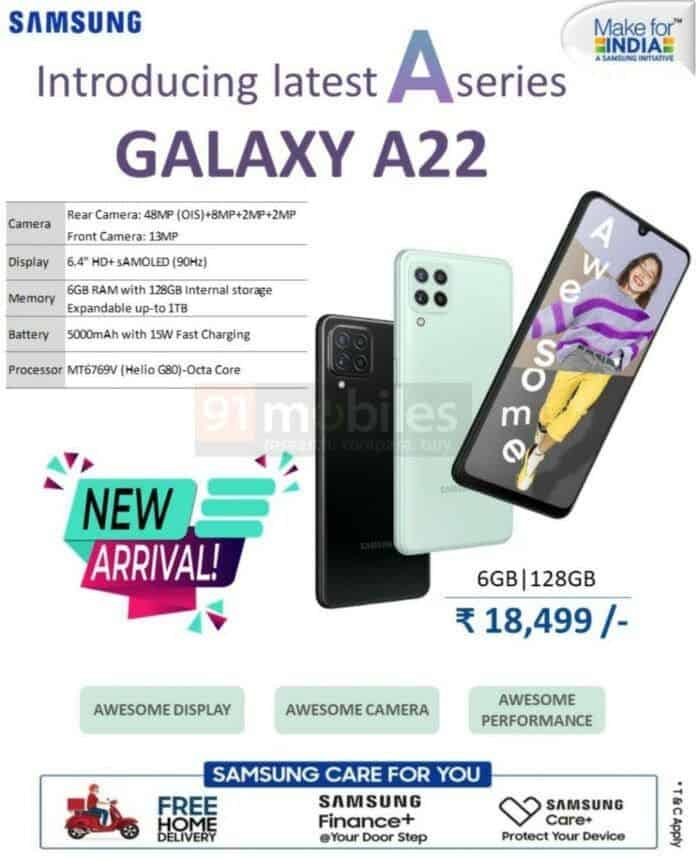 Moreover, the phone is likely to be available in two color options including black, and blue. It will be sold in the country via offline channels. However, there is no word on the phone’s launch in India via online channels. Earlier this month, Samsung announced the Galaxy A22 5G, but it is still unclear whether the company will launch it in India alongside the 4G variant.