Samsung has revolutionized its smartphones in 2019 launching a series of devices under the Galaxy A and M-series. Interestingly, the company launched more that mere mid-range phones on that year. The higher the number of a smartphone, better specifications it had. That was the case of the Samsung Galaxy A80. The smartphone was a very intriguing device, with a full-screen design. Samsung made a motorized and rollable camera capable of acting as main camera and selfie snapper by request. The device was not a flagship in terms of performance, but was premium enough due to its unconventional camera. It was the only Samsung device to sport such design.

The Korean firm will  launch a Galaxy A82 this year. However, the rumors were heated in the beginning of this year but have been fading out recently. Anyway, the device is rumored to be a global version of the Korean-exclusive Galaxy Quantum 2. It does not bring the characteristics that made the A80 so popular like the motorized camera. So the Galaxy A80 should remain as Samsung most “different” smartphone. That said, the company is rolling out a new firmware to keep the device running the safest possible version of its firmware. 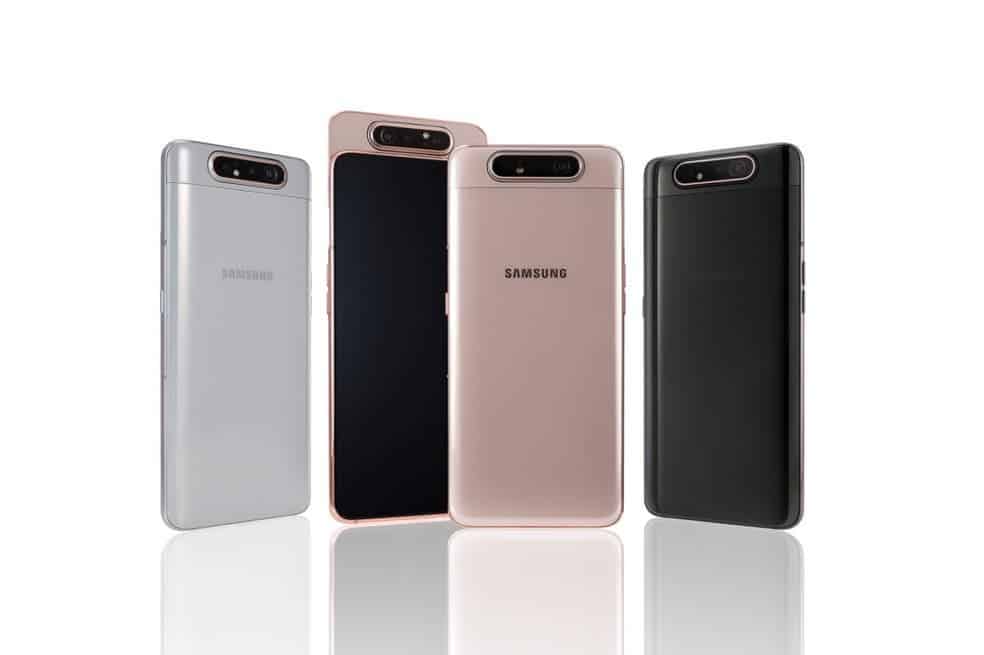 The new firmware update is carrying version number A805FXXS6DUG3 build number. It is currently seeding in over a dozen countries, including Germany, Cyprus, Greece, Hungary, Macedonia, Italy, Poland, Portugal, Serbia, Russia, Slovakia, Slovenia, the Czech Republic, and the UK. That said, we can conclude that this update has quite a large availability. Those who haven’t received the update notification should wait a couple of days. You can access the phone’s Settings >> Software Update menu and try your luck anyway. One of the great additions of this update is the July 2021 security patch.

In case you’ve forgotten the A80’s specifications let’s have a quick recap. The device comes with a gorgeous bezel-less 6.7-inch screen with 85.8% screen-to-body ratio. It’s an AMOLED screen, but since it came before the rise of high-refresh-rate screens it has only a 60Hz refresh rate.

Under the hood, the Galaxy A80 packs the Qualcomm Snapdragon 730 SoC. In terms of optics, the device has a 48MP primary camera, an 8MP ultrawide snapper and a ToF 3D sensor. The most interesting fact is that this setup can act for selfies thanks to the motorized rotating mechanism. The device draws power from a 3700 mAh battery with 25W fast-charging. The funny fact is that this 2019’s smartphone can charge faster than the upcoming Galaxy Z Flip3.