Samsung definitely revamped its legacy in the smartphone market with the arrival of Galaxy M and A smartphones. Now, after introducing a myriad of competitive devices with large screens, huge batteries, and decent specs, the company is giving a step further. Since the beginning of the year, Samsung has been introducing 5G connectivity to its mid-range series. After launching the Galaxy A22 5G in India, the company is moving on to bring the Galaxy M32 5G to the region. Interestingly, the country had previously received the 4G variant of this handset. Now, it’s time for 5G to get a release in the country.

Today, the Galaxy M32 5G got its own Support Page in the Samsung India website. According to rumors, the 5G variant will likely hit the country with a price below INR 20,000. As per the new support page, the new smartphone carries the SM-M326B model number. The fact that Samsung already has a dedicated page for the device, it’s a big hint of its imminent arrival. Furthermore, the device has visited the Bureau of Indian Standards (BIS) website before. This is another big confirmation of the handset arrival in the country. 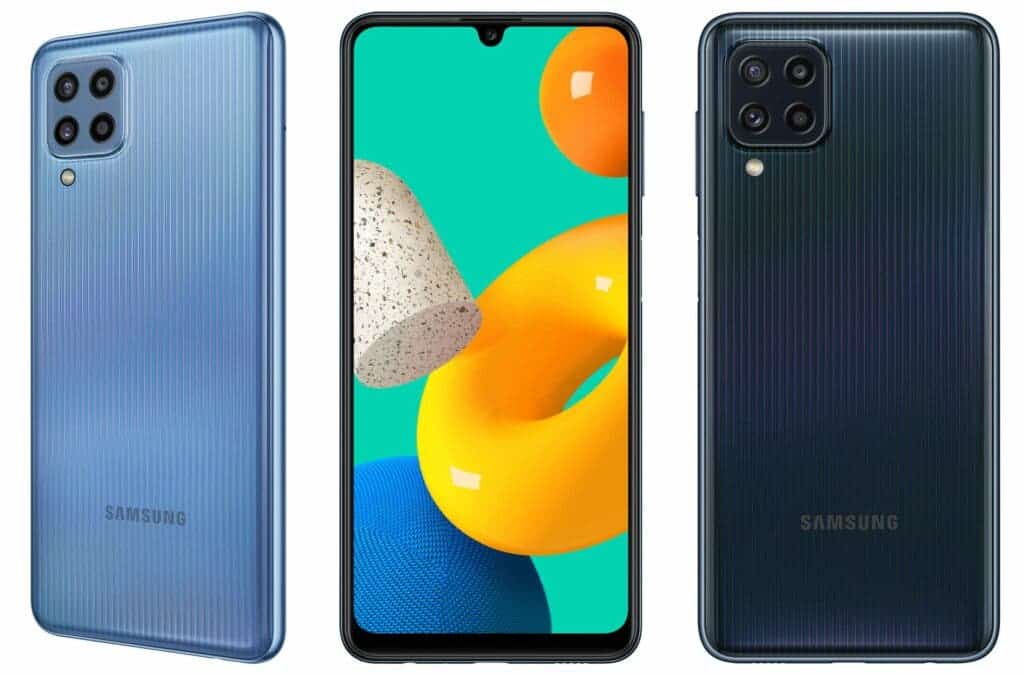 Worth noting that we already know some of the Galaxy M32 5G details. The new smartphone already passed by the GeekBench benchmark. Thanks to the benchmarking platform, we already know the specs inside this device. First of all, its 5G powers are ensured by the MediaTek Dimensity 720 SoC. For those unaware, this is a more powerful version of the Dimensity 700. It features four ARM Cortex-A76 cores clocked at up to 2 GHz and four ARM Cortex-A55 cores clocked at up to 2 GHz. It packs two more ARM Cortex-A76 cores than the regular Dimensity 700. In addition to the 5G SoC from MediaTek, the handset also comes with 6 GB of RAM. This variant is the one listed by Geekbench, but we can’t discard more variants with 4 GB or 8 GB of RAM. Storage-wise, the device probably will start with 64 GB and will go up to 128 GB. As usual, you can extend it with a microSD card.

The device should borrow some specs from the Galaxy A32 5G. This device features a 6.5-inch HD+ TFT Infinity-V display and has a 48 MP quad-camera setup. It has an 8 MP ultrawide camera, a 5 MP macro lens, and a 2 MP depth helper. The notch serves as a home for the 13 MP snapper. The device draws power from a 5,000 mAh battery, but the Galaxy M32 5G is expected to come with a bigger 6,000mAh battery.

We expect Samsung to disclose details about the launch very soon.