Samsung unveiled the Galaxy S20 FE last year and the device was a true hit. In fact, some users preferred it over the vanilla Galaxy S20. The device has quickly become a hit and ensured a sequel. Now, those seven months have passed since the Galaxy S21 series launch, Samsung is preparing the terrain for a new smartphone with Galaxy S21 FE (Fan Edition) moniker. The device appears in leak since the beginning of this year, but the leaks are finally getting consistent. The device has been certified by the Brazillian’s Mobile Telecommunications regulator – ANATEL. Now it has passed through the US FCC certification. 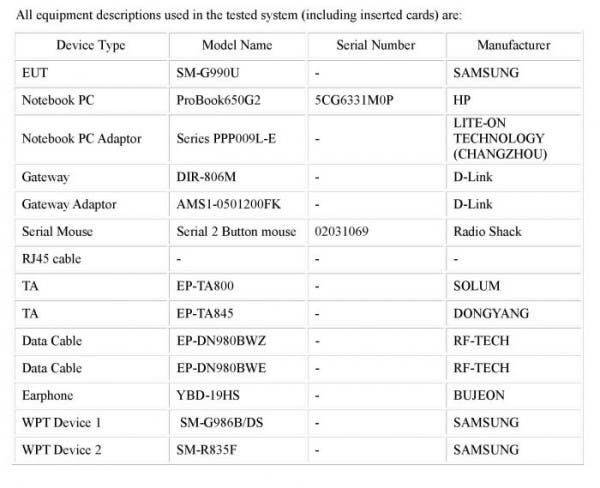 The FCC listing reveals model numbers SM-G990U and SM-G990U1. The smartphone in question will be compatible with two Samsung chargers: The EP-TA800 that delivers up to 25W of charging and the EP-TA845. The latter offers the company’s most cutting-edge 45W fast-charging. Unfortunately, Samsung is forcing the Apple-esque charger-less strategy. Neither of the chargers will appear in the smartphone’s box.

According to leaked renders, the device will come in multiple colorways. Just like its predecessor, the S21 FE will bring a molded plastic backside. It will retain the camera island design from the Galaxy S21 series. However, with a triple-camera setup. The device will also pack a 6.41-inch Super AMOLED screen with a 120Hz refresh rate. This panel probably comes with a Full HD+ resolution as QHD+ displays may still be exclusive to the top S21 offerings. The device also has a center-aligned punch-hole camera. As per the reports, it has a 4,500mAh battery with up to 45W fast charging. It will run Android 11-straight out of the box with One UI 3.1.

Although the leaks are already popping out, the device may be released in September or October this year, just like its predecessor. While the Galaxy Note series will be absent from its August schedule, Samsung will bring the new foldable smartphones in the meantime. With a couple of months away, we can expect the Galaxy S21 FE to appear in future leaks.