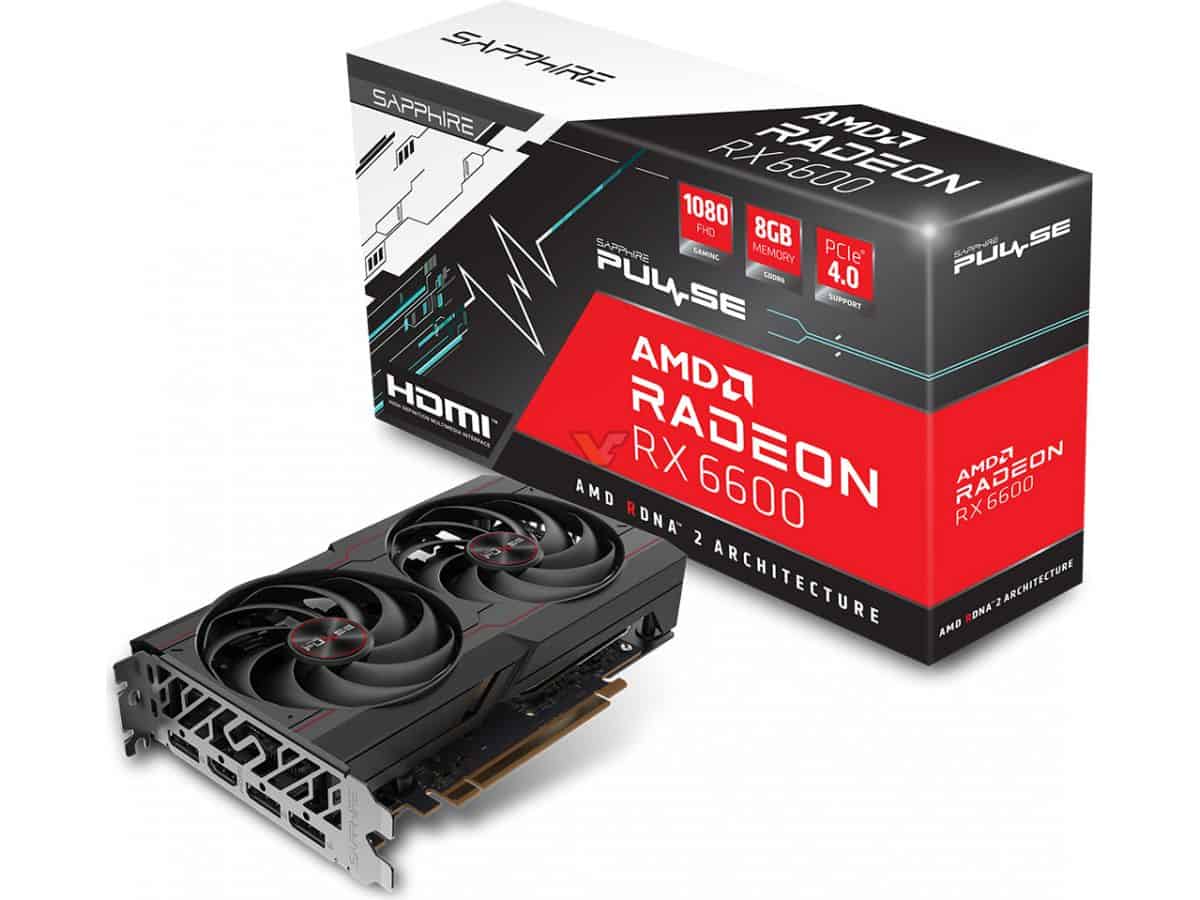 Another AMD graphics card is ready to launch in the coming weeks, with Sapphire offering a dual-fan model (11310-01-20G) called the Radeon RX 6600 PULSE. The new AMD GPU will be the smallest RDNA2 graphics card to date, even smaller than the Sapphire XT PULSE variant. The new non-XT mid-range SKU is set to target 1080p gaming, featuring 8GB GDDR6 memory, 32MB infinity cache, and 28 compute units.

The new graphics card has been spotted on a Portuguese retailer website, alongside listing prices and images of the new card. According to the leak, the GPU is set to list for 590 Euro and is expected to stock on September 28th. Despite this, the card will not be available on the Portuguese website until 13th October – or so independent sources suggest.

Users can expect the RX 6600 PULSE to offer up 28 compute units, 8GB GDDR6 VRAM, 32MB Infinity Cache, and 1792 stream processors. It will be the sixth model to launch within the new RX 6000 series GPU lineup – discounting the RX 6900XT Liquid, of course.