The most wonderful time of year is upon us once again! That’s right, early Black Friday and Cyber Monday deals are rolling in, and we’re keeping our eyes peeled on them so you don’t have to. Best Buy are one of many retailers already putting out deal after deal, and we just love this super-quick Alienware monitor which has been knocked down from $649.99 to $379.99, a massive $270 off.

The Alienware AW2521H is perfect for esports competitors and casual gamers alike with its massively fast 360Hz refresh rates, super-speedy IPS tech, and NVIDIA G-SYNC synchronization. This deal is only live until November 19th, so you need to take the risk before Black Friday weekend if you want it, but there’s no doubt this is a competitive deal on a 240Hz+ gaming monitor of this calibre.

Save $270 on Alienware AW2521H Gaming Monitor at Best Buy 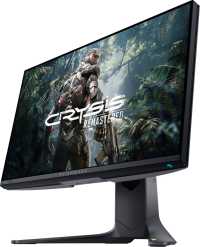 Of course the key selling point of this monitor is the 360Hz refresh rate speed, making it among the fastest monitors on the market. Add to that true 1ms GtG response times, NVIDIA G-SYNC certification and speedy IPS panel technology and you are looking at a next-level gaming experience. There’s a cable management chamber in the stand, meaning you can keep everything need and tidy – which you’ll need with its DisplayPort cable and Mini-DisplayPort cable ports, and USB 3.2(Gen1) port. And then there’s the real important part… the color is named ‘Dark Side of the Moon’, and it don’t get cooler than that.

If you’re looking for similarly fast refresh rates, or even something slightly lower but still fantastic, check out all the deals we have found on monitors with refresh rates of 240Hz and above. There will no doubt be even more great deals coming as we get ever closer to Black Friday weekend, no matter what size, speed or resolution of gaming monitor you’re looking for. 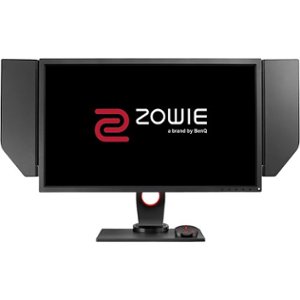