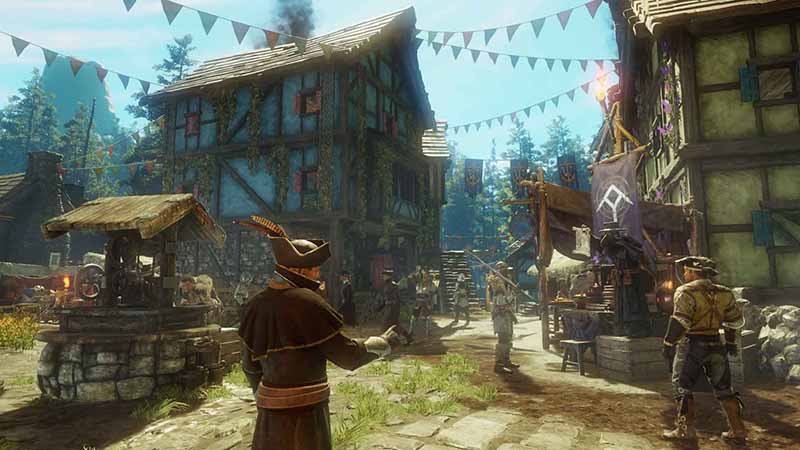 It appears there is another New World bug that is preventing players from getting their gold for the trading post. Moreso, the old issue of players having active trading posts is also causing players issues. Here we go through the case with the New World trading posts and what you can do to avoid the issue.

So far, there are two main issues with the New World trading post bugs. The first issue is that if you are offline and your active posts are sold, your gold will not appear in your inventory when you log in. Sadly, this seems to be affecting everyone in the game. The good news is that Amazon Games are fully aware of the issue and are actively working on getting the issue fixed.

On the other hand, Amazon is aware that the New World Trading Post active auction bug is back. The bug has been around since launch intermittently, but it seems to be back again in 1.0.4. New World seems to think that you have active trading posts, even when you don’t.  While it’s not that big of a deal, it is currently preventing players from transferring servers. One of the prerequisites to transfer servers is cancelling all your active trading post orders. As you can see, the bug is interfering with the server transfers for players looking to come back.

If you’re interested, Luxendra, one of the west coast community managers, reported that they are actively working on a fix for the issue. Furthermore, one of the fixes they have ready to test will give you the money that you never received back. You can follow the updates to the Trading Post bug thread on the forums.