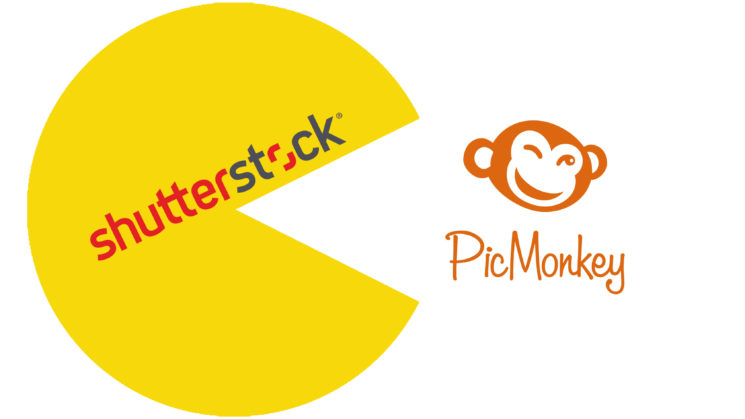 Famous stock photo platform Shutterstock has announced the acquisition of PicMonkey, a web-based image editing and design platform. PicMonkey should be able to offer more content to image editors and illustrators, and Shutterstock expects to increase annual revenues after acquiring PicMonkey for $100 million dollars.

PicMonkey was founded in 2012. It’s a web-based editor that lets you access thousands of templates, graphics, and fonts for your designs. It also offers tips and tutorials to help you increase your design knowledge. I personally have never used it, but I know people who have. It’s great for small businesses and those who want to play with design themselves rather than paying a designer. Or perhaps they want to dip their toes in design and expand on the skill later.

Anyhow, with this acquisition, Shutterstock’s wants to expand its offering to small businesses. From now on, additional tools from Shutterstock will be available to non-professionals for “elevating their visual content across a variety of platforms.”

In a press release, Shutterstock lines out some details of the transaction, which I personally found interesting. Here are the highlights:

So, what’s changing for PicMonkey users?

If you’re a PicMonkey user or want to become one, you probably wonder what this means for you. Basically, the major change you’ll see is in the content available to you. The price of your subscription remains the same, whether you’re a Basic, Pro, or Business subscriber. And most importantly, PicMonkey will continue to exist.

PicMonkey has answered some of the most asked questions about the acquisition on its website. You may need to subscribe to PicMonkey Pro for some new features, so take a look at PicMonkey’s website to see what’s required on your end. And keep in mind that all changes are due to be applied pretty soon: on 14 September.

Winners and losers: MediaTek takes the lead, WhatsApp not so private