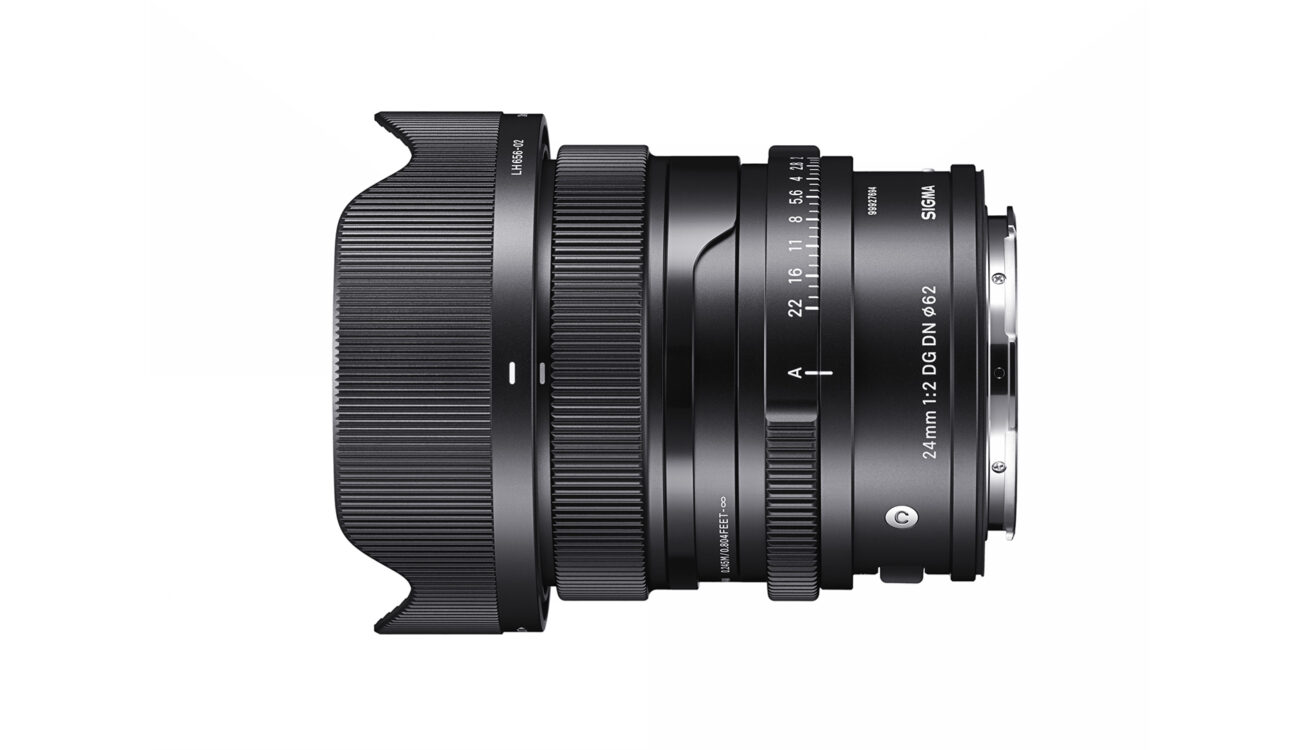 SIGMA has just released a new lens for L-mount and Sony E-mount systems: the SIGMA 24mm F/2 DG DN. This wide-angle lens is part of the I-series of lenses and should deliver high-contrast, sharp images corners to corners with a reasonably fast maximum aperture of F/2. So let’s take a closer look at it!

SIGMA has been part of the L-Mount Alliance since its launch in 2018. Nearly three years later, the company already released no less than 13 Prime and Zoom lenses under the Art, Sports, and Contemporary lineups. Each lineup of lenses has its own specifications/market, and the Contemporary “I series” line consists mainly of affordable and compact premium pieces of glass. This new SIGMA 24mm F/2 DG DN is no different and will complement the 35mm and 65mm F/2 DG DN prime lenses that SIGMA launched last year.

SIGMA I series lenses are made entirely of metal on the outside and inside the internal structure, and the new 24mm F/2 DG DN is no different. The lens will be available in either Sony E-Mount or L-Mount and covers full-frame sensors.

As you can see, the lens has a proper focus and aperture ring, but unfortunately for filmmakers, the aperture ring is not de-clicked. However, you’ll still benefit from a quiet and very fast AF drive system. Talking about focus, the focus mechanism is intern, so the lens doesn’t expand/retract as you change focus, which is great when using filters.

You’ll find a focus-mode switch on the lens, and the lens supports DMF and AF+MF (for Sony E-Mount only). In addition, the stepper motor is compatible with high-speed autofocus.

Also included in the kit are a removable Petal-type lens hood and “regular” front/back caps.

The lens design of the SIGMA 24mm F/2 DG DN consists of 13 elements in 11 groups, with one FLD and two SLD glass elements to correct axial chromatic aberration. In addition, this SIGMA lens is compatible with in-camera lens aberration correction, which is an added bonus. Also, there are two aspherical lens elements to help with image distortion. On top of that, all glass elements feature a super multi-layer coating.

The aperture diaphragm consists of nine rounded aperture blades. The minimum focus distance is 24.5cm/9.7in. Last but not least, the lens has a 62mm front filter thread.

What do you think about this new 24mm F/2 DG DN lens? Do you already own the previous SIGMA 24mm F/3.5 DG DN and are considering switching to this one? Don’t hesitate to let us know in the comments down below!

What to expect (and not) from Apple's September 14 event

Our top 5 Android and iOS apps of the week