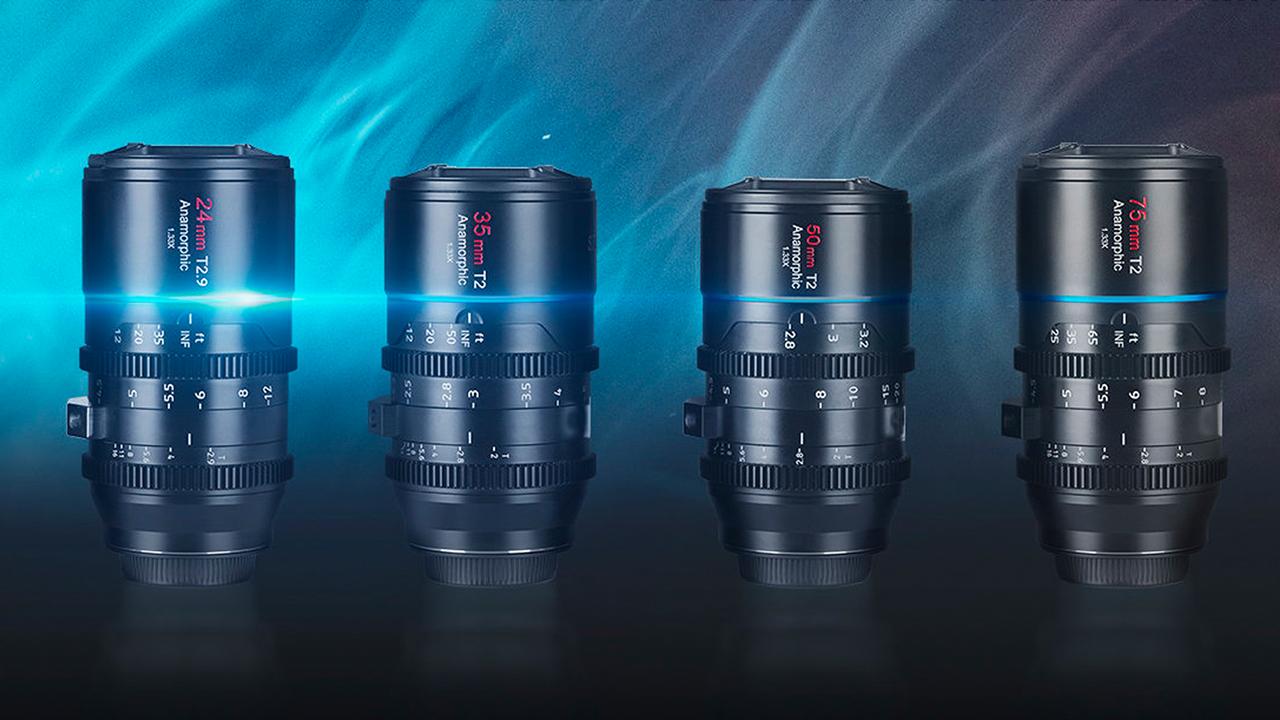 Built upon the design of the popular SIRUI anamorphic lenses, the SIRUI Mars lens kit includes a 24, a 35, a 50 and a 75mm Anamorphic 1.33x. These Micro Four Thirds lenses have been rehoused for cinematic use. The SIRUI Mars kit is now available for pre-order at $3.999: an accessible price for an anamorphic lens set. Let’s take a closer look.

At the end of 2019, SIRUI “shocked” the world of anamorphic shooting by introducing the SIRUI 50mm f/1.8 Anamorphic 1.33x at the exceptional price of $699. Before that, there was an enormous gap between do-it-yourself anamorphic solutions and crazy expensive glass.

I was so excited about this release that I immediately bought one. This lens turned out to be exceptionally sharp given its price and very well-built overall. Its fast aperture provides a shallow depth-of-field and great low light performances, while the 1.33x squeeze factor helps creating the famous anamorphic look without being too extreme.

Any drawbacks? In my opinion the blue light streaks are over saturated sometimes and the flare doesn’t always look controlled. Moreover, the lens has a pretty long minimal focus distance which can be annoying when trying to shoot close-ups. Other than this, great bang for the buck.

However, up to this day the four lenses had to be purchased separately since no kit options were available. SIRUI spotted the opportunity. They decided to re-house these lenses in a more cinematic form factor and sell them as a set: the SIRUI Mars.

The SIRUI Mars kit includes a 24, a 35, a 50 and a 75mm Anamorphic 1.33x re-housed in a more cinematic fashion. The kit is currently only available for Micro Four Thirds cameras. It would be great to see an ever longer focal length in the future, as well as other mount options.

All lenses feature a T2 aperture, with the exception of the 24mm T2.9. The iris value is now expressed using the T-stop scale rather than f-stops.

The four lenses have built-in focus and declicked aperture mod gears for easier use when paired with a follow focus system. In order to make working with accessories easier, the distance between the two gears is the same on all lenses, as well as their physical diameter.

However, there’s a slight difference in weight between the four focal lengths, which might be a little drawback when balancing the camera package on a steady cam or gimbal.

Moreover, the SIRUI Mars kit lenses are designed with a long focus throw that should make pulling focus even more precise. In fact, the longest focus ring range in the kit reaches an excursion of 303°.

The lenses still feature a metallic construction and 67mm filter thread. A 1/4”-20 threaded hole has been added at the bottom of each lens in order to provide more mounting options and better support.

The SIRUI Mars anamorphic lens set for Micro Four Thirds cameras is now available for pre-order on B&H at $3.999 and it should start shipping at the end of August. The re-housed kit option is pricier than purchasing the four lenses separately, but it provides the benefits of a cinematic form factor. Furthermore, the four lenses come with a hard carrying case for extra protection when travelling.

Were you waiting for an affordable, cinematic anamorphic lens kit for your Micro Four Thirds camera? Pre-order your SIRUI Mars lens set today.