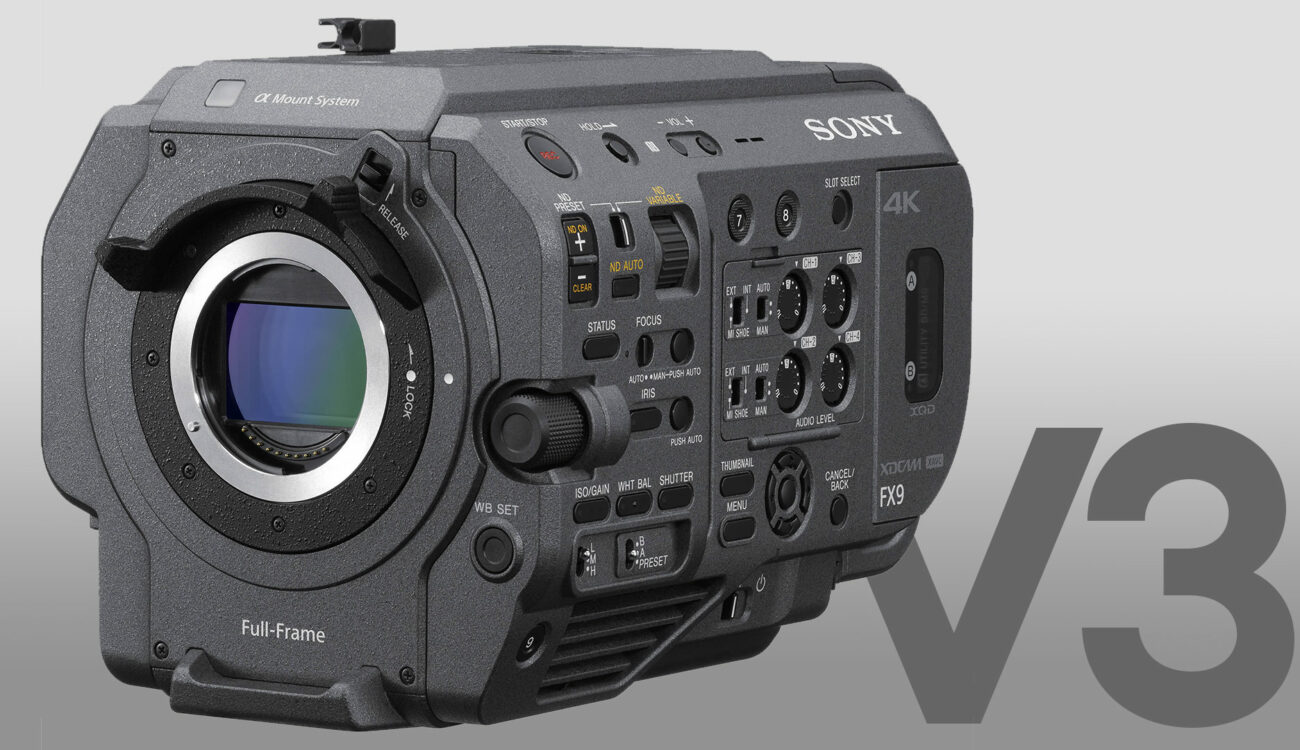 The upcoming Sony FX9 firmware update v3 will be available in November 2021 and it will include new features such as the anamorphic lens support, B4 lens support with an adapter, center scan mode, real-time AF tracking, focus zero marker, and more.

It has been almost exactly two years since Sony launched its full-frame cinema camera, the Sony FX9. Since then we have published many articles about the camera including our two-part Lab Test which you can check here in case you missed it:

As announced in the very beginning by Sony, the FX9 will keep getting new features with firmware updates. Sony planned a whole firmware update roadmap for the camera.

Earlier this year, the FX9 got the firmware update V2.10 which, among some other improvements, introduced a 4K UHD 120fps raw video output. The Atomos Ninja V+ recorder is able to record this in ProRes RAW, but the FX9 can only do this with the extension unit attached. Sony also teased an upcoming firmware update V3 for the FX9. While the update is scheduled for November 2021, Sony has now published additional information about the contents of the update, so let’s take a short look at it.

After teasing the V3 update back in April 2021, Sony now published further information about the new features and improvements of the firmware V3. Key features of the new version include:

Additional information can be found on Sony’s website by clicking here.

The V3 firmware upgrade will be available for free to users around the end of November 2021.

Do you have experience working with the Sony FX9 or the Sony FX6? Do you think the well-specced FX6 cannibalized some of the FX9 sales? What do you think about the V3 firmware update so far? Let us know your thoughts in the comment section below.

Realme Pad in for review