Spotify and WWE take podcast wars inside a steel cage 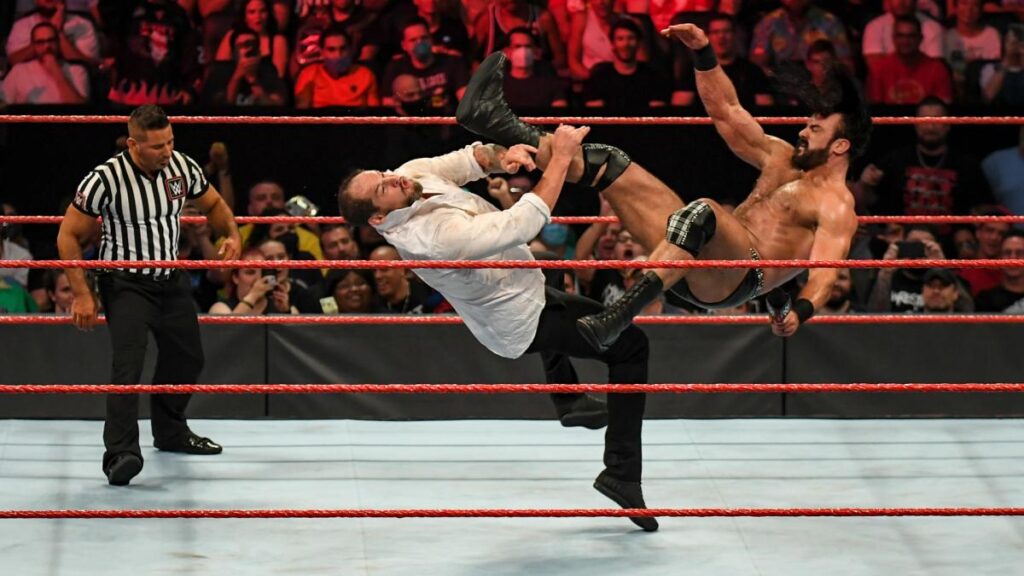 Spotify and WWE are forming a tag team to build an exclusive podcast network for professional wrestling fans.

The multi-year partnership, which comes via Spotify-owned The Ringer sports network, will see WWE’s existing podcasts go exclusive, while all parties will collaborate on new shows moving forward.

The Ringer has a solid history in pro wrestling, with wrestling writer David Shoemaker (aka The Masked Man) part of the team headed by Bill Simmons, a lifelong WWE fan who directed a HBO documentary about the legendary Andre The Giant.

The current The Masked Man Show will now be called The Ringer Wrestling Show and will be joined by existing WWE content like The New Day: Feel the Power and WWE After the Bell with Corey Graves. There are also plans for “a narrative series produced by Bill Simmons”, as well as Spotify Greenroom audio content live from PPV events.

The Ringer founder Simmons, an early podcast pioneer during his days at ESPN, said in a press release: “The Ringer is the premier destination for sports fandom, and WWE has used amazing storytelling and iconic characters to establish a global audience of loyal and passionate fans, making this partnership a perfect match.

“As a lifelong WWE fan, I couldn’t be more excited to work with them to take a fresh perspective on their most iconic moments and superstars, and leverage Spotify’s global scale to share content that we believe everyone will enjoy.”

It’s another strike from Spotify in the podcast content wars, which is seeing more and more creators sign exclusivity deals with a singular platform. Spotify has been particularly aggressive in this regard, investing billions in snapping up high profile podcasters like Joe Rogan.

Are you in favour of podcasts picking a side to maximise revenues or would you rather all episodes come to the platform of your choosing? Let us know @trustedreviews on Twitter.