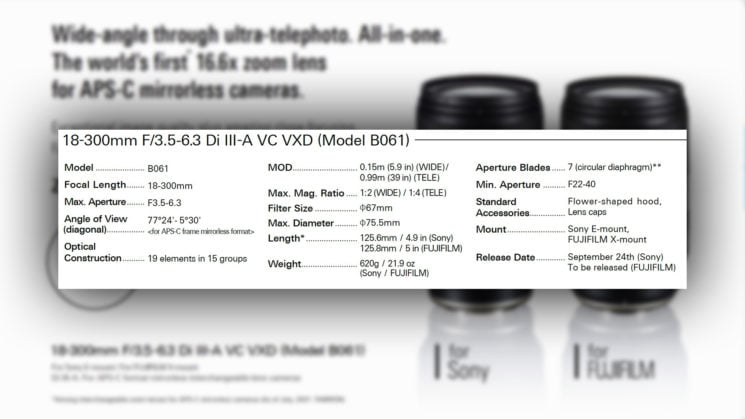 Tamron’s upcoming 18-300mm f/3.5-6.3 Di III-A VC VXD autofocus lens for Fuji X and Sony E mount, for which a development announcement was made last month, looks like it might be set for a release announcement next month. September 24th, to be precise, according to a tweet from Nokishita. The tweet says that Tamron has now “released the catalog” of the lens, attached to the tweet as a PDF, which offers up the complete specs. 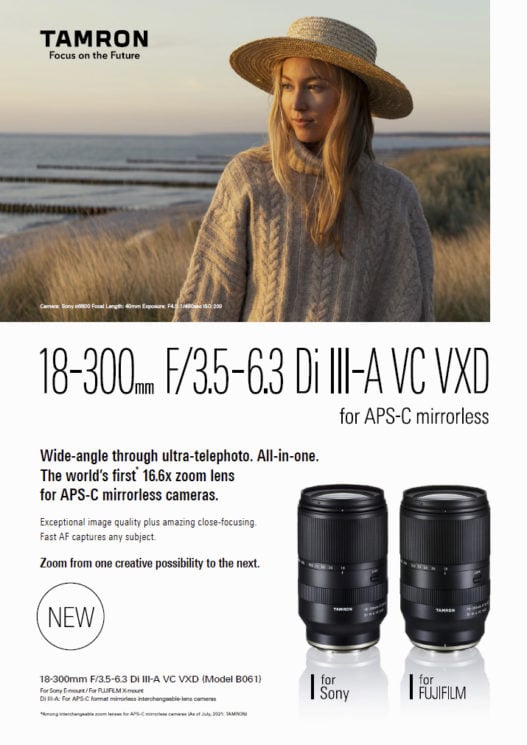 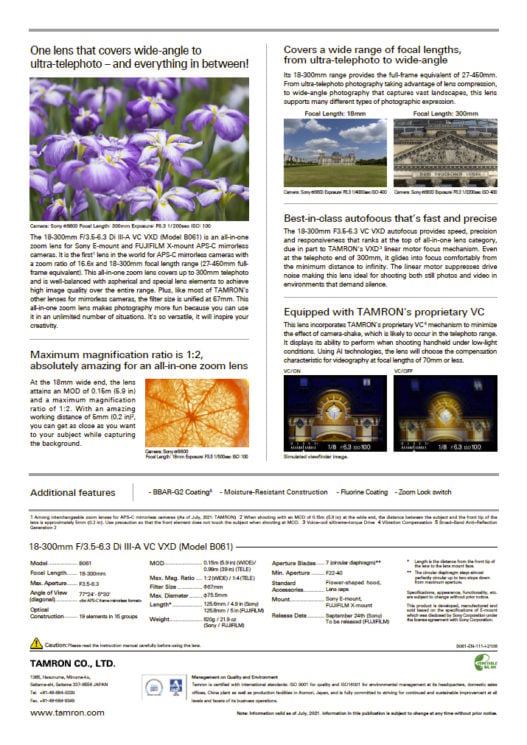 According to the PDF, the new lens will indeed be for both Sony and Fujifilm, as previously announced, with no other mounts as yet mentioned – of course, it’s an APS-C lens, so the only other potential option right now would be Nikon Z given the ongoing uncertainty around Canon’s EOS M system. It will be comprised of 19 elements in 15 groups with a minimum focus distance of 15cm at the wide end or 99cm at the long end and take a 67mm filter thread.

The PDF does mention a release date, and it sounds like it’s the Sony E one that’s going to be announced on September 24th, with the Fuji X mount version to follow at some point. So, it sounds like perhaps the lens has been ready for a while for Sony E mount, but they’re still figuring some things out with the Fuji communications protocol. Otherwise, I’d have expected them both to be announced at the same time.

If this is the case, there’s obviously no news on exactly when the Fuji X mount version will be announced. There’s also no word on a price yet, although I expect the rumour mill to churn that one out at some point before September 24th. I expect Fuji shooters will be keen to find out answers to both of those things, as this represents the first autofocus zoom for Fuji X made by a third party manufacturer. So, it will be interesting to see how the pricing stacks up against Fuji AF zooms (even if they don’t do one with quite this range).

We’ll keep you posted as we hear more.