One of the biggest innovations in Android 10 was the dark design of the operating system. After updating the smartphone to this firmware version, it began to suggest switching to the dark side of the interface. While promoting the new feature, developers talked about the fact that the introduction of the dark theme is long overdue and carries only advantages.

Among the advantages are the comfort of working with a smartphone in the evening and at night, as well as an increase in the autonomy of work on devices equipped with OLED displays. Due to the fact that black pixels are not highlighted on screens with OLEDs, less battery consumption is achieved. But scientists from the American Purdue University came to the conclusion that talk about the increase in the duration of work is too exaggerated.

They conducted a study that showed that the dark theme gives a significant increase in autonomy; only when it is activate when switching from a light interface, whose brightness is close to 100%. But the trick is that most users work with Android smartphones; where the brightness is usualy at the level of 30-50%. In this case, the dark mode allows you to get only 3-9% increase in operating time; and the user is unlikely to feel a positive effect in terms of increasing the operating time.

Considering that many of you and I are unlikely to constantly “twist” the brightness to the maximum level on an ongoing basis; it is not necessary to count on a tangible increase in the autonomy of the device. Scientists have come to the conclusion that marketers are still pretty cunning; and exaggerate the effect of using the dark theme for the autonomy of the device. 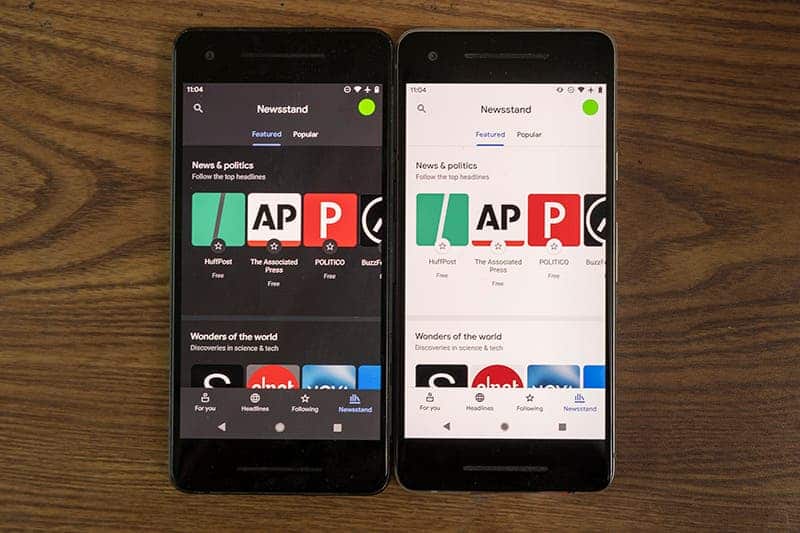 “When the industry rushed to adopt dark mode; it didn’t have the tools yet to accurately measure power draw by the pixels;” said Charlie Hu, Purdue’s Michael and Katherine Birck Professor of Electrical and Computer Engineering. “But now we’re able to give developers the tools they need to give users more energy-efficient apps.”

“Tests done in the past to compare the effects of light mode with dark mode on battery life have treated the phone as a black box, lumping in OLED display with the phone’s other gazillion components. Our tool can accurately isolate the portion of battery drain by the OLED display;” said Pranab Dash, a Purdue Ph.D. student who worked with Hu on the study.

What Are the Pros and Cons of the Zhiyun WEEBILL-2