The Infinix Zero X series is due to be announced on September 13 but some of the key specs have already been revealed through three Google Play Console listings. We got an early glimpse of the three models in the lineup – the Zero X Neo, Zero X Pro and the vanilla Zero X. 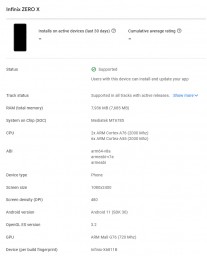 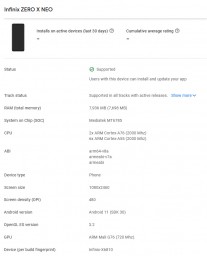 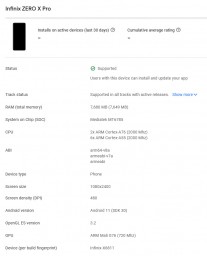 The listings on Google Play Console

As per the listing, all three handsets will share the same SoC – the MediaTek Helio G90T and 8GB RAM versions will be available for all three models. Although, we don’t know what the base memory configurations would offer.

The display resolutions are also listed – 1080 x 2400px for the Pro and vanilla Zero X while the Neo has a slightly taller 1080 x 2460px resolution. And it’s evident from the renders that all of the handsets will adopt the punch-hole camera design on the front. 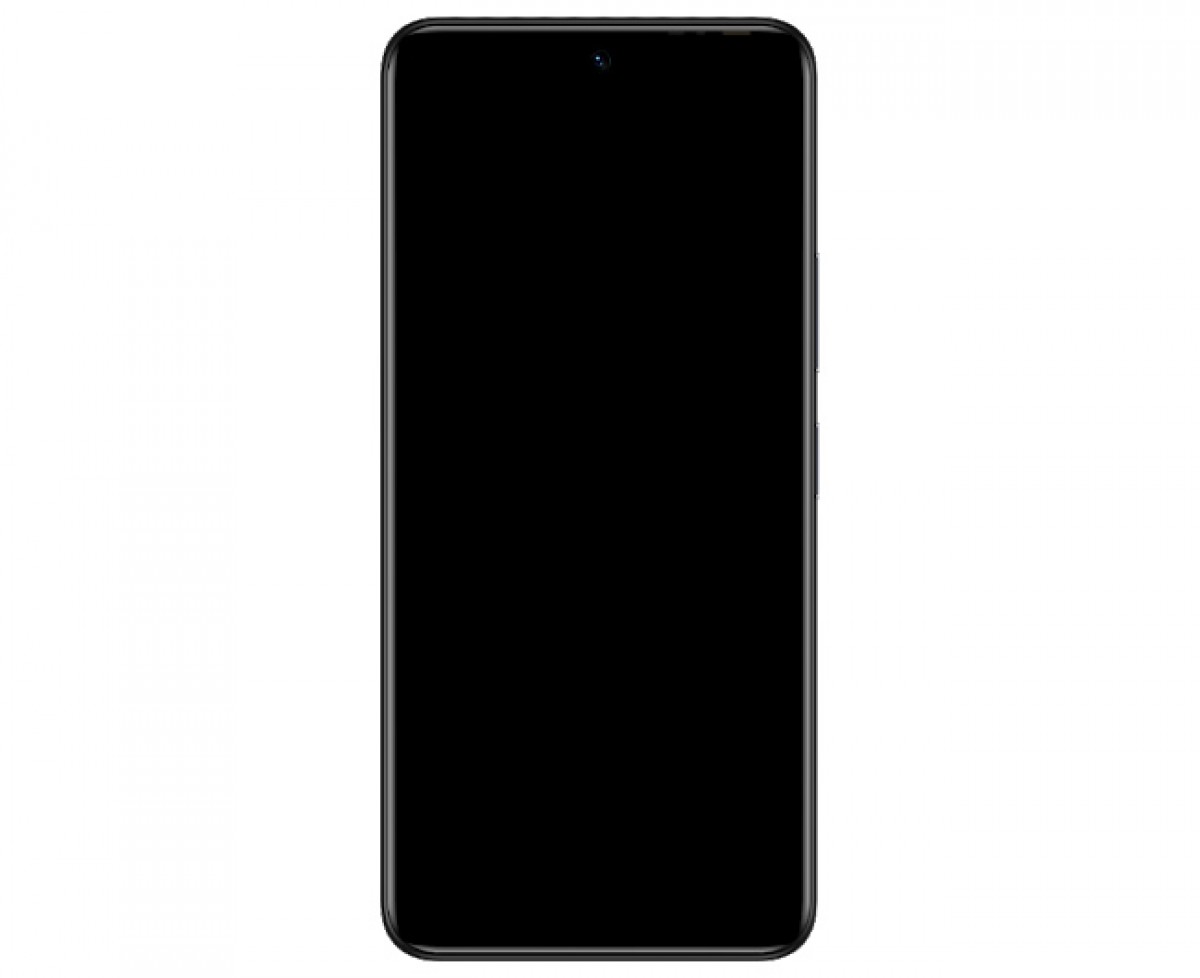 The rest of the specs are yet to be revealed but previous rumors suggest HRR OLED displays with under-display fingerprint readers (or at least for the standard and Pro variants) as well as a 5,000 mAh battery.