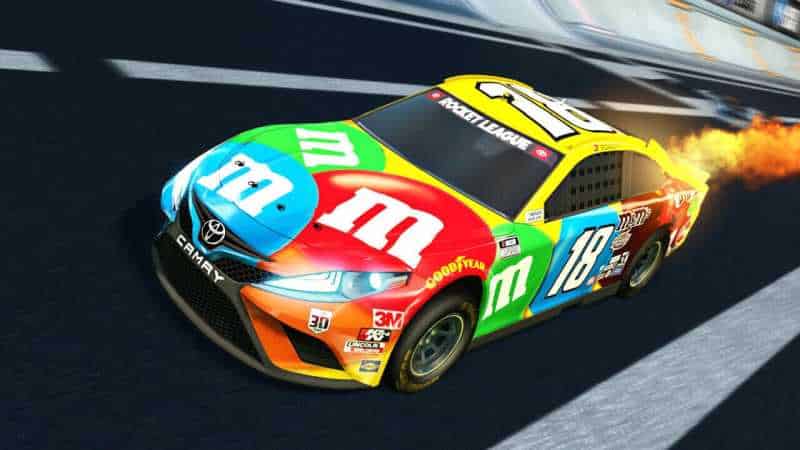 The NASCAR Fan Pack has returned to Rocket League as of November 4, 2021, and will be in the Shop until November 10, 2021. To keep things exciting after the recent Ghostbusters and James Bond collaborations, the pack has been expanded with new decals for the cars which provide additional representation for some of the top rated teams in the world of popular American motorsport.

What’s in the NASCAR Fan Pack in Rocket League?

The National Association for Stock Car Auto Racing’s downloadable content pack costs 2000 Rocket League Credits. It included the following cars and items when it was first released back in May 2021:

There’s also a set of Goodyear Racing Wheels that can be used with each of the cars.

What’s been added to the NASCAR Fan Pack in Rocket League?

Along with those items, the re-release includes the following extra decals and player banners for Rocket League:

Players that own the NASCAR 2021 Fan Pack already can claim the new decals and player banners in the Item Shop at no additional charge. A new NASCAR logo player banner has also been added to the item shop and is available for free.

What do you think of the returning collaboration content? Are you a NASCAR fan excited to see their favorite team represented in the game with the new stuff, or were they already in? Is there a NASCAR team you think deserves to be added next?  Let us know in the comments section below.